Father of the Year 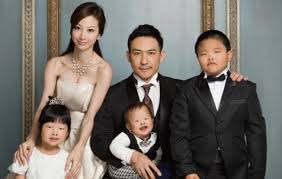 I think a parent’s love is one of those things you won’t understand until you are one. It is like this visceral switch that flips on and suddenly your child is your whole world, a perfect, beautiful gift that the universe has just given you.

It will be a while before I flip that switch, if ever, but I think like most parents I’d believe my kid would be the exception, which is why I am extremely confused by the article I  read on Debunked this past weekend.

(Yes, you read that correctly)

After staring at the news title for a good second I had already decided the obvious villain was the asshole of a father who not only sued and insulted his wife (and won), but who also indirectly shamed his three poor children.

So much for unconditional love, huh?

Congrats on the lawsuit pops, now let’s turn it around and pay off the army of therapists your three children will spend the rest of their life crying to.

I’m not exactly sure, but there must be a parenting rule somewhere that says to love and value your kid regardless of whether they come out looking like Benjamin Button and never fully grow into their head. You just do.

However, once getting over the initial shock the headline presented I read on only to go through several emotions, multiple conclusions and even still, I am not sure who is the true villain, only that the victims still remain the couple’s three children.

Being that humans are visual creatures; my first instinct was to check these three kids out. I mean, how ugly could anyone be that their own father would neglect to claim them as his own. He defended his argument by stating, “He could never father an ugly child…the sight of my daughter was horrifying,” and swore that his wife had cheated on him.

Correct me if I am wrong, but that seems a little different from the Princess speech most little girls receive from their father.

After squinting each eye, a few tilts of the head, and a generous benefit of the doubt, I couldn’t exactly disagree with the dad. Disgusted with his abandonment and my own ashamed concurrence, I then tried to empathize with the third party; mom. This lawsuit had obviously been emotionally damaging to her as well.

The father’s three children were already a lost cause, prematurely lounging on the leather couches of psychologists they had not met with yet, but what about the mother?

As it turns out, mom had 100, 000 dollars worth of reconstructive surgery in South Korea before meeting her husband (oopppss). That might’ve been a fun fact to pull out on date number four, I think.

Their story played out as any fairy tale; first came love, then came marriage, a newlywed road bump in the form of ugly child number one, and then came an extremely twisted lawsuit based on “false pretenses.” 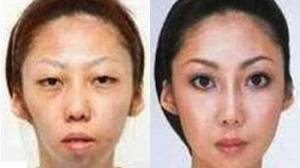 I can only halfheartedly side with the father, as he backwardly still remains the villain of this story, but that half of me understands his feelings of betrayal. I can only assume that by proposing to someone you gain insights as to who they are, who they were before you met, and maybe whether or not they’ve had a nose job; or their entire face.

To me, the true downfall would be that I was lied to for so long; the rest just qualifies as superficiality at its finest.

In conclusion to their…ugly…uh, battle, Feng was paid a whopping 120, 000 dollars for his wife’s unpleasant discretion in addition to a speedy divorce.

Yet, the question still remains, how will these poor children grow up alongside their pretty peers and what chance do they have at gaining any self confidence after daddy’s outlandish abuse? Their lack of paternal admiration will unquestionably have them signing up for their own plastic surgeries as mom had.

It seems as if society’s ability to love someone, even their own children, for what’s inside has also dwindled with his chance at father of the year.

Would wishing he chokes on his Cup of (T)ea be too much?