Taking Away My Anxiety

Who knew the key was just to care less? 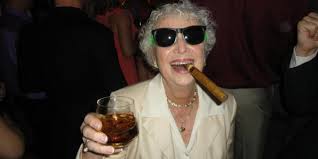 The ones who normally recognize the unforgiving speed of life are normally ones who have lived through most of theirs. They have gray hair and children. They’ve paid a few bills and can shed some light on the importance of living in the moment.

We’ve heard it a million times. “Live for now.” If not by our parents and our parents’ parents, then absolutely by Pinterest quotes this generation so fiercely lives by.

A quote from some anonymous Pinner – that’s gotta be legit.

But like my own uncompleted pinterest boards, littered with DIY projects and inspirational blog sites, this hand-me-down inspiration seems to fade into the moments I am not living for; the moments that I am ignorantly taking for granted. And because of this, I have succumbed to a constant state of anxiety.

I hadn’t noticed until my cousin came for a visit. He looked the same as the last time I’d seen him – just humorously out of place in a city setting. He hadn’t shaved nor taken the time to pack appropriate winter wear. His hair wasn’t combed, and his Kelly-green sweatshirt clashed against the rest of the sidewalks choice of black (because any and every day New Yorkers like to wear black.)

None of that seemed to matter to him. Like a true tourist, he was too busy comparing and contrasting city life from his own back in Florida, and asking me a series of questions regarding public transit. That was the one thing he had in common with the rest of us, he hated it.

It wasn’t until the third day of his trip that he discovered Central Park. In a frazzled confession, he admitted his walk had been the first time he had caught his breath since he had landed.

“I hadn’t even realized my anxiety until I was in the park.”

I’m truly convinced that he would be blissfully content on top of a mountain with a six-pack and pocket knife. Anything else would be unnecessary for survival.

“That’s just how everyone is here – stressed and anxious,” he paused. “And they don’t even know it.”

I knew it, but was the city to blame for my anxiety? That didn’t seem fair to blame my untreated apprehension on Manhattan. The walls of my room are cluttered with to-do lists. I find myself emoting heavy sighs and awkward groans of suppressed stress, even when there are no lists.

I have no children, my bills are minimal and my hair is not graying – what is there to worry about?

I constantly remind myself that my worries are few, and that somewhere out there someone is dying to have my “difficult” life. I waste most of my day worrying about issues that are out of my control, and delay the issues that I can control. Unlike the advice I am so frequently given, I am not living in the moment, but rather 10 beats behind it. I am late to class, to the train, and according to my most recent revelation, to life.

Who knew that was even possible?

Psychology Today published an article in efforts to help readers like myself with unnecessary angst. If anyone could help me keep calm and carry on, it had to be Psychology Today, right? I assume the latter is an aggressive prescription I couldn’t afford, and I am running out of Pinterest quotes to look at.

The article clarified that anxiety is a “natural human instinct,” which made me feel a little better. Maybe I wasn’t as crazy as I thought? The piece explained that our inborn warning signs are what affect our fight or flight response, but that anxiety is a gray area caused by not knowing which route to take. In some cases, the route to survival is clear, as was now the reason behind my regular anxiety.  I am just unsure, and sadly, still crazy.

My inability to live for now is weighted by anxiety and the uncertainties the future presents. Truly, the only certainty that I am sure of is my rising stress level.

While Psychology Today presented obvious reasons behind my huffing and puffing, I know that my anxiety stems from a deeper worry. I needed something more effective than meditation and deep inhales. Those remedies are only temporary. There aren’t enough “Namastes” in the world to help my fight or flight response.

I carry no such instinct. Only worry.

After an hour of staring at the ceiling and contemplating why I am the way I am, I came across another revelation. It isn’t so much life that I fear, but more the fear of living wrong. There is a severe difference between the two, and I have now gained a new anxiety from looking to the wrong source for answers.

I turned to Google to diagnose my newest phobia.

My sureness of my looming anxiety found a friend: a new cemented conclusion. Do not use Google to diagnose any phobia, it may be the worst idea anyone could ever have. According to Google, it may be the last thing anyone could ever do, as it only results in extreme disease, the forming of new phobias, and of course, one’s imminent death- not exactly recommendable reading material for those wishing to learn how to live.

After several revelations, hours of contemplations and a series of worries on how to end this column, I came to my own diagnosis- to care less. Care less about what people think, care less about how they deal with their anxiety, and care less about the things I can’t control.

Anxiety, mine at least, is caused by the need to control the wrong things. Hold on to the present moment rather than the ones that have already passed. You can’t fix those ones.  Hold on to the fact that, yes, maybe your friends have better jobs. Maybe the lady on the train in a designer trench has her act together. And maybe that sucks because yours is a hand-me-down, just as the advice you’ve been given on other’s route to success.

No, it definitely sucks.

In a city like New York, it is hard to find your own route, especially when it’s paid for in table waiting tips.  Everyone has been dealt a different hand. We’ve all lived through different experiences. Why on earth would anyone try to fix their own life through others secrets to success? That’s not living right. That’s their secret to living right. Take it, absorb it, and trust Grandma, but do not let it limit your ability to create your own secrets.

I forget that sometimes, and that gives me anxiety. And that’s just not my Cup of [T]ea.