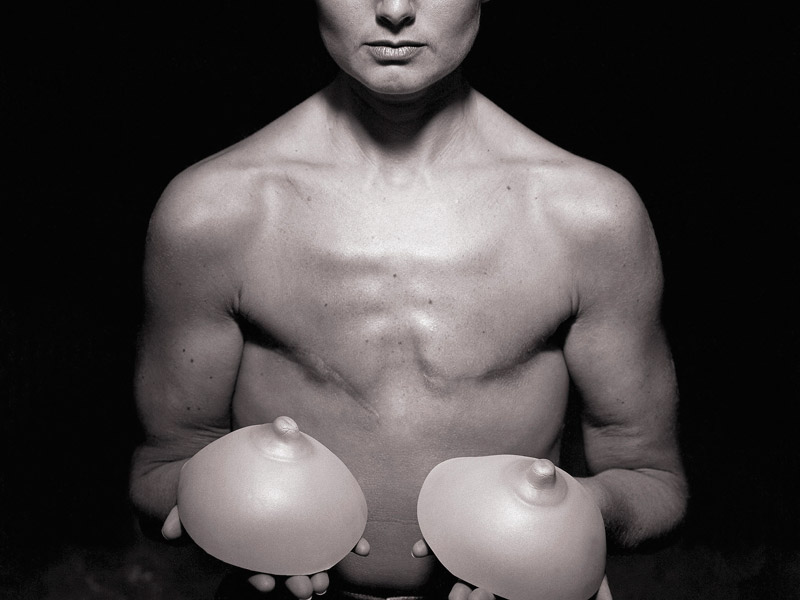 Dimly lit, white sheets and a choice. Women are the mainly target of a deathly disease known as breast cancer, but what if your fatal destiny can be prevented? Life is unpredictable, however our actions can mold our final outcomes. The battle is not over yet, but there is one gene that remains latent for a better control of breast cancer.

BRCA1 is a gene normally expressed in the cells of breast and other tissue, where they help repair damaged DNA or destroy cells if DNA cannot be repaired. If damaged DNA is not repaired properly, this increases the risk for breast cancer.

I’ve lost many family members because of breast cancer. I was devastated, holding my breath until I had realized the seriousness of this incurable illness. I didn’t care at all about the lower thirds on the news stating, “Breast cancer a terrible enemy for women,” but when it reaches you at a personal level, things are slightly different .

I started to read a book called “Out of Focus,” a clearly description of a first-hand experience with breast cancer. Eva Ekvall’s breast cancer battle is the focus of her miserable journey through pages. Ekvall was a model who competed in Miss Universe 2001 representing Venezuela, after that she became a news anchor in her native Venezuela. She lost both of her breast in a radical double-mastectomy, losing hope but getting strength. Although she was victorious on the first encounter, the second one came out more aggressively taken her life away forever. She leaves behind her daughter Miranda and her husband John Fabio. During chemotherapy Ekvall acknowledges how many times she puts beauty above health and maybe unconsciously, we all probably had. Sometimes lessons are learned when there is not a second chance and Ekvall didn’t’ have a choice, other than fighting for survival. She died at the age of thirty and it is now a symbol of admiration, not only for Venezuela but for the rest of the world.

It is not easy to have a death foretold. Breast cancer does not only causes physical damages, it also causes low self-esteem, suicidal thoughts and depression. Breasts are not only a “sexual symbol,” in most women it symbolizes femininity. A powerful terminology that separates men from women. Once breast cancer take away your identity as a women, the struggle for society’s acceptance and sexual behavior becomes hard but not impossible.

As time changes, so do medicine. Nowadays there is a gene that can prevent you from developing breast cancer. Uncovering the secret behind this gene keeps a door open for future medical references. The BRAC1 gene mutation. Sounds scary but this gene can save your life. Any woman or man who has a family history of cancer (any type) should be tested for the BRAC1 gene mutation. If the results comes out as positive, now it is the time to make an ultimate decision. The higher the risk, the harder the decisions.

Famous actress Angelina Jolie carries this gene and at an eighty-seven percent risk of developing breast cancer, she has to make a medical choice that will changed her life forever. She decided to have an amputation of both mammals to minimize the risk as much as she could.  Angelina Jolie has really raised awareness with this issue.  Jolie’s decision was heroic, but in the other hand it is a very personal decision is either getting rid of it now or waiting for death later. At the end of it all, is just one more piece of information which will guide you to make a proactive choice that can hopefully save your life.

Mutated BRCA1 gene usually makes a protein that does not function properly. Researchers believe that the defective BRCA1 protein is unable to help fix DNA damages leading to mutations in other genes. These mutations can accumulate and may allow cells to grow and divide uncontrollably to form a tumor. This whole process can be intimidating, and hopeless. However is just take one result to make a big different in a person’s life. Making a change for good. It is important to know that this mutation is not very common meaning that this gene is not on every women walking. Male can also get this. If you’re feeling worried, not sure or desperate focus all of that   through your intuition; is better to know than living on a fantasy. Be a change and not an statistic and maybe you can make someone else do the same. A person predisposition for cancer increased risk for breast cancer as part of a hereditary breast-ovarian cancer syndrome.

Honestly, the human body is a mystery, sometimes i don’t understand how its works. The fact that our own cells works against our body to create diseases that can be fatal.

The support from families and friends is very important when dealing with the early stages of breast cancer, with their understanding and support everything eventually will become more easier. A battle become harder when battling alone, but it becomes easier when you have support.

Tiny portions of our body called cells hide incredible amount of genetic information that we are slowly trying to absorb. In fact we all at one point in our lives were cells. Cells can either help you or affect you. Life it self is a risk.

Damaged can be good at times because when difficult tasks comes, wiser wisdom appears, and more appreciation to live life to the fullest. Do not question your self why you going through this instead be blessed for every second of air you inhale.

Interestingly the effect that cells can have not only in our body but in our mind can really impact and changed the way we view things. Many people are now aware of this and trying to not cause a major change to the body.

“I have a passion of discovering all the mysteries life hides from us, not to catch attention; if it makes a little be of attention then thats a plus, but I’m more interested in the idea that one day there will be a time for an utopia with no diseases affecting the complex mechanism of  the human body.

Science is just the beginning and the body is the experiment.