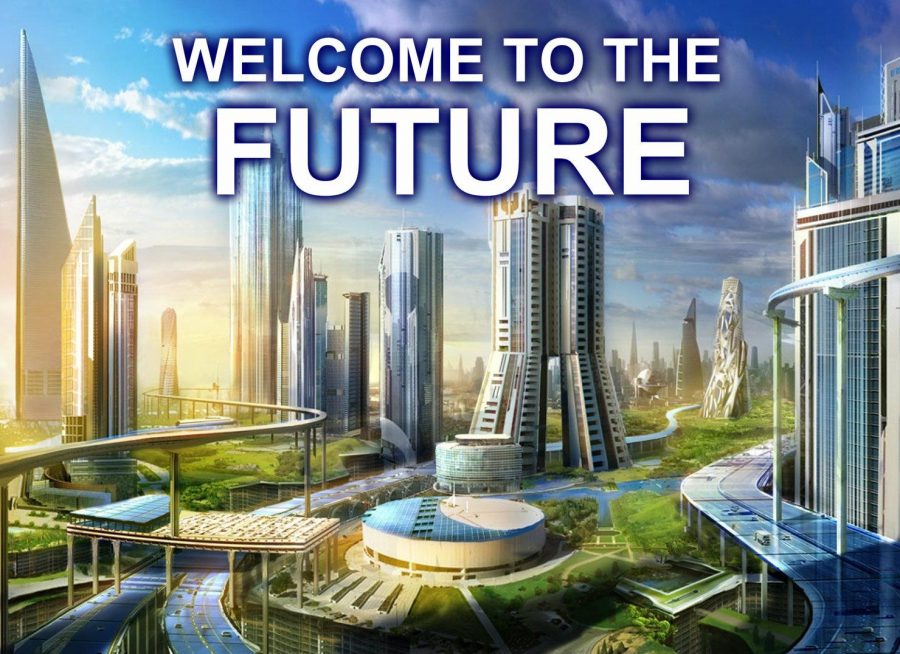 Several years from now you will be more intrigued by the things the world will offer you than the things that you are currently seeing. So throw off the past because we looking into the world’s future. What does the future holds? Are we approaching ourselves to the greatness of perfection? Lets dream and discover.

Times are changing along with the people, lifestyles, occupations, cultures and everything else that makes up our world. Although we can never strictly predict the future and where we are headed, there certainly have been many attempts at it.

Over the past decades empires and great powers has rise and fall, so do eras, the only question is when. It’s clear that this prediction could go right or wrong, but for many years to come, many see the year 2065 as the year of productivity and change.Next question: Energy crisis in the future? The author Trevor Letcher, recently published a book called Future Energy: The breakdown of demand for energy to global population will increase over the future, fact-based evaluations of alternative energy sources will be needed in the future in order to guarantee energy supplies to the entire globe. The book examines how the fundamentals weakness of the energy supplies will be affected by the amount of new- inventions/ technology of the future, to conclude that, “the present energy situation and extrapolates to future scenarios related to global warming and the increase of carbon dioxide and other greenhouse gases in the atmosphere.” indeed, Letcher says that the real power of energy supply for the future will be out in the atmosphere. Technically because of the technological advances that future generation will be having over the course of time, more energy will be utilized to fulfill this equipment needs.

As a solution for this chaos, alternative energy path may be used to contrast this for example: Using space-base solar power every hour more energy from the sun reaches us and with that said we can collect hight intensity from the sun to use that solar energy in basic needs. Another idea will be using those same machine to create energy to produce more energy by using human technology. 85 percent of the word’s energy comes from fossil fuels or oil, however this resources can damage the environment so if the future develop a machine that will be good enough to resolve this problems than the future will be better.

Now what about global warming can the future stop use massive flooding or superstorms that destroy cities or major climate change? Probably not, especially with the continuation of innovation will be hard to reverse the damage cause by human power. In fact, global warming will continue to receive major progress  and a lot of the island may disappear because of the ice melting of the poles. Even thought in the future we might have new technology, there is nothing like the natural power of planet earth. In the article Future Climate Change: examine this fact, “ Warming temperatures contribute to sea level rise by: expanding ocean water; melting mountain glaciers and ice caps; and causing portions of the Greenland and Antarctic ice sheets to melt or flow into the ocean. Since 1870, global sea level has risen by about 7.5 inches. Estimates of future sea level rise vary for different regions, but global sea level for the next century is expected to rise at a greater rate than during the past 50 years.” With the develop of new production such as computers, transportation services, cellphones, etc everything will become accessible and life will become much easier which means the world has to pay off by us expatiating the natural resources.

How about: The “third world” countries of today can they be in charge or become the superpowers of tomorrow? Everything is possible nowadays but the next question will be… how can a third world country become a superpower nation in 50 years? The country most be in a growing stage in order to become a superpower. Places like The Dominican Republic, Peru, Haiti, El Salvador, and others a lot of work still need to be done specially in area of poverty,education and criminality. It’s impossible just to think about that in places where people can’t eat because they don’t have money to buy food, will become superpower countries. Also we need to considerate that in order to be powerful you need allies to help you build a power nation and how about the nations who are already in charge like US, Russia and Japan will they let this happen?

There is the believe that with time things get worse and more expensive. If this is truth, the future of the Middle East is scary and dangerous. This is a vast area of natural sources, especially oil, however religion and government seem to be taking this area to the wrong path. For example, there are records for wars between Middle East and north African countries because of space and religion. In fact, Jerusalem in Israel is one of the major places for religion where many wars take place. Also, we can see that the oil industry is the major market for this region, but not for long, because many nations has been trying to not use oil. And if this could happen, this region could be in more chaos.

And will the US remain the world’s largest economy and strongest military power, or will we decline as so many “empires” before us have done? All in all, no one can predict the future because we are constantly in it, and as we know empires and great powers rise and fall. US economy went down at a moment, especially after 9/11. With that as an example the US financial status can be unknown due to many factor one of them is terrorism or ISIS. Who knows in the future ISIS will have the power to feat the US economy and eventually control one of the biggest nations in the world and by that other countries can benefits from it, specially middle eastern countries.

To take into consideration, many different plague/disease will be already developed in 50 years and infected cities will have to struggle for survival specially “third world countries.” In such a disease plagued world, ecologists are vital. Their thorough knowledge of the relationship between organisms and their environments will made them vital in the future. Such a dramatic situation like this plus the  increase in population would be catastrophic and it can cause many environmental consequences and human rights disagreements. For example: Air pollution and waste management. The more people the earth has, the more industrial society will become.

Another angle to consider for the future are artificial intelligence like future computers which will be more human oriented, which can be use against them or in favor.

Many could say that it’s too early to tell how the world of 2065 will be like. However, we can make a decent prediction about it. Analyzing the present we could predict the future.

Note: This is my last column for the semester I hope all of you guys have enjoyed. See you next semester and I will be celebrating my 22nd birthday in December.