The Jets Have Hope for the Future 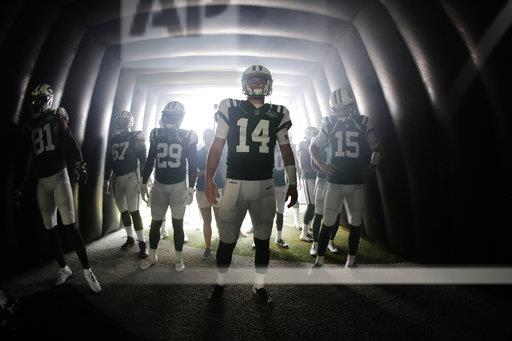 For many years, the New York Jets have been one of the laughing stocks of the NFL. Alongside the Cleveland Browns, they have consistently finished at the bottom of the league standings and have not made the postseason since they went 11-5 in 2010. The last time the Jets finished the season with a winning record was in 2015 when they went 10-6. However, most of the starters from that season’s team are long gone. Cornerbacks Darrelle Revis and Antonio Cromartie, along with Center Nick Mangold have all retired, while Quarterback Ryan Fitzpatrick is currently playing for the Tampa Bay Buccaneers. Although the Jets have been abysmal over the last few year’s, things finally seem to be on the upswing.

Last season many experts predicted that the Jets would only win one game. However with the additions of rookie Safeties Jamaal Adams, and Marcus Maye, as well as a career year from Quarterback Josh McCown the Jets finished the season with a surprising 5-11 record.

After shocking many people around the NFL, the Jets entered the 2018 off-season looking to improve their roster. They eventually did so by signing Pro Bowl Cornerback Trumaine Johnson, Linebacker Avery Williamson, and Half-Back Isaiah Crowell. Although these signings improved the team immensely they still had a glaring hole on their roster. Who is the QB? Who will be the next face of this franchise?

After a successful free agency, Mike Maccagnan, the General Manager of the Jets, had to decide what to do with the sixth overall pick. There were four QBs who were considered to be at the top of the class- Josh Allen, Josh Rosen, Baker Mayfield and Sam Darnold. After moving up to the third pick in the draft, the Jets were poised to take one of these talented signal callers. After Cleveland took Baker Mayfield with the first overall pick, and the New York Giants took HB Saquon Barkley with the second pick, the Jets made their choice and took QB Sam Darnold with the third overall pick. With the selection of Sam Darnold, the Jets will now look to build a contender for years to come.

Although they have finally found the face of their franchise the Jets still have many holes to fill on their roster. One hole that the Jets must fill, and soon, is the offensive line. Tackle Brandon Shell, Center Spencer Long, as well as Guards James Carpenter and Brian Winters are all quality offensive linemen. However, they need improvement at the Left Tackle position which is currently occupied by injury prone Kelvin Beachum. They could benefit from added depth at the guard and tackle positions. The front seven could also use some improvement. The Jets lacked any sort of pass rush last season, and have not had a true pass rusher since John Abraham, who has not been on the team since the 2005 season.

After the end of this upcoming season the Jets are set to have a big offseason. According to Overthecap.com, the Jets are projected to have close to 90 million dollars in cap space, and after cutting lose some players that do not fit in to the teams future plans, they could have close to 100 million. Not only that, but there many big names in the upcoming free agent class that can greatly improve the roster. Some of these names include Pittsburgh Steelers RB Leveon Bell, Jacksonville Jaguars LB Dante Fowler Jr., and Dallas Cowboys Defensive End Demarcus Lawrence. Bell is a player that the Jets do not sorely need, but his dynamic play making ability is something that every team would love to have. The ones that seem most likely to happen are Fowler and Lawrence.

Both of these players are proven pass rushers and would fill a need that the Jets have been trying to fill for over 10 years.

Although this year’s upcoming free agent class has many solid pass rushers, there is much to be desired when it comes to the offensive linemen that are set to hit the open market after this season ends. This is where the draft can help the Jets fill in that final hole on their roster. The 2019 NFL draft is said to have a great class of offensive linemen. The Jets can use the draft to sure up that offensive line.

Don’t expect the Jets to be contenders this season, as they still have many things to solve before getting to that point. Next season might be a different story. With plenty of cap space, and a decent amount of draft picks, the Jets can finally get back to relevance in 2019.