The Mets are Going All In 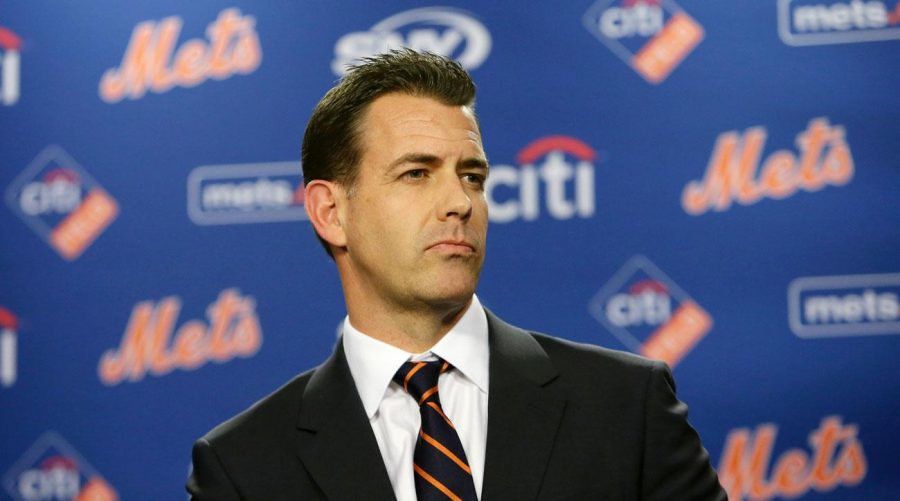 In 2015, the New York Mets shocked everyone in Major League Baseball. The Mets, after years of turmoil, made it all the way to the World Series. Losing in 5 games to the Kansas City Royals.

The Mets were led by one of the most dynamic young pitching rotations since the Atlanta Braves in the 1990’s. The offense struggled throughout the season but after making some midseason acquisitions, including a trade for outfielder Yoenis Cespedes, the Mets offense went on a tear.

Cespedes had such a strong contribution that he was even being considered for the National League’s Most Valuable Player Award; However, this was shocking considering that he only played half of the season in the American League.

The trades that were made during the season by Sandy Alderson, who had been the Mets General Manager since 2010, led to him being chosen as Baseball America’s Executive of the Year.

The Mets would make the playoffs again in 2016, where they would lose to the San Francisco Giants in the Wild Card Round of the playoffs. After that it was all downhill from there for Alderson and the Mets.

The team began to suffer due to injuries and poor performance. In July of 2018 Sandy Alderson had a reoccurrence of cancer. This led to Alderson taking a leave of absence from the team. Eventually, Alderson decided not to return to the Mets and resigned as GM.

The Mets would begin their search for their next GM at the end of September. After interviewing many highly qualified candidates, the Mets decided to do something that had never been done before. The Mets hired agent Brodie Van Wagenen as their next GM.

In his introductory press conference Van Wagenen made it very clear that he wants to win now. However, with limited spending money and some pricey contracts on the payroll the Mets do not seem to be in any position to win at all.

The Mets not only have unreliable players under expensive contracts, they also have a barren farm system with barely any prospects that are ready or even capable of making an impact at the major league level.

The Mets also must worry about resigning the reigning Cy Young award winner Jacob DeGrom. Many experts believe the Mets could get a huge return for DeGrom that would help them restock their farm system with top prospects.

Van Wagenen, who represented DeGrom before accepting the Mets GM position, stated that extending DeGrom’s contract is a top priority. It was clear that there was no intention of rebuilding the team, and Van Wagenen was ready to get to work.

On December 3rd, Van Wagenen made his first trade as the Mets GM. He shipped outfielder Jay Bruce, relief pitcher Anthony Swarzak, and three of their prospects to the Seattle Mariners. The Mariners would send the Mets ageing slugger Robinson Cano, and the young dynamic closer Edwin Diaz, as well as $20 million in cash.

This made many baseball pundits raise their eyebrows. Cano is 36 years old and is coming off of a season in which he was suspended for 80 games for violating the league’s policy on performance enhancing drugs. Although he still seems to be a consistent hitter, he is on the wrong side of 30, and it would not be surprising to see him become a shell of his former self.

The bright side of the trade for the Mets is that Edwin Diaz is considered to be one of the best closers in the game and is only 24 years old. However, it does not make much sense for a team with one of the worst farm systems to trade three of their top prospects for a 36-year-old second baseman, who is way past his prime.

The only way this trade makes sense is if Van Wagenen and the Mets are able to sign some of the top free agents available on the open market.

The Mets have been linked to a multitude of baseball’s top free agents including pitchers David Robertson and Andrew Miller, as well as outfielder A.J. Pollok. They have also been in talks with the Miami Marlins about a possible trade for all-star catcher, J.T. Realmuto.

With all these rumors one thing is for certain- Van Wagenen and the Mets are going for broke.