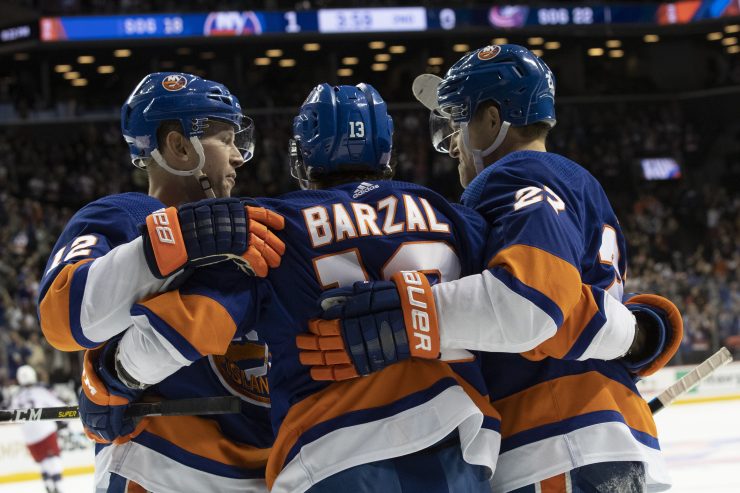 The last time the New York Islanders made the Conference Finals was in 1993, and I was not even remotely close to being born yet.

Now it is 2020, and for the first time in 27 years the Islanders made it all the way to the Eastern Conference Finals, and almost made it to their first Stanley Cup Final since 1984.

I have been a die-hard Islanders fan my whole life. From first round playoff exits, to abysmal seasons, to losing their prized captain to free agency just two years ago. Through all of it, I have endured.

When the 2019-2020 NHL season began, the Islanders were considered playoff contenders. Early in the season they went on huge run in which they earned a point in 17 straight games. They boasted a 16-3-2 record and were third in the Eastern Conference behind only the Washington Capitals and Boston Bruins.

My expectations for them after their hot start were certainly high. However, injuries and lackluster play began to lower my expectations.

The Islanders strength is their strong defense and physical style of play. This allows them to wear down the opposition and creates offensive opportunities. Unfortunately, the Islanders lost a key piece of their defense when Adam Pelech tore his Achilles in the middle of the season.

The Islanders also needed another Center to help improve their forward depth. At the trade deadline they addressed these needs by acquiring veteran defenseman Andy Greene from the New Jersey Devils, and Center Jean-Gabriel Pageau from the Ottawa Senators.

Both players had an immediate impact. However, the Islanders kept falling in the standings. Before the league put the season on pause due to COVID-19, they were on a seven game losing streak.

Enter “the bubble.” In August, the NHL playoffs began. Starting with the qualifying round, the Islanders had to play a very tough Florida Panthers team. I was nervous.

The nerves soon subsided when the Islanders took a 2-0 series lead. They eventually won the series 3-1 and were going to play the Washington Capitals in round one. Oh boy, was I worried.

For game one I decided to have a few friends over to watch. The Capitals quickly jumped out to 2-0 over the Islanders, and it looked like they would take that lead into the locker room heading into period two.

Then with a little over a minute left in period one, Islanders Forward Jordan Eberle shot the puck right past Capitals Goaltender Braden Holtby. My friends and I jumped up and yelled, high fived and hugged, I even spilt my beer. I went upstairs to grab paper towels, and to high five my dad.

The Islanders were playing the Philadelphia Flyers in the second round. After a strong showing against the Capitals in round one, I was noticeably confident that they would be able to win the series and move on to their first Conference Finals since 1993.

My confidence was not misplaced. The Islanders took a commanding 3-1 series lead and it looked like they would advance. However, the series was far from over.

I once again had some friends over for the game. We were all hoping the Islanders would end the Flyers season. But they did not. The Flyers won the game in overtime and I told my friends to come over for game six.

For the second time in three days we watched and waited, scream and yelled, but once again we would not be celebrating. After a back and forth game the Islanders lost to the Flyers in double overtime. There would a winner take all game seven on Saturday Sep. 5th.

For this game, my dad and I both had friends over. When it started, we could not take our eyes off the tv. I did not even sit for the whole game, I had to stand.

After waiting six days to celebrate, we finally did. The Islanders dominated the whole game and eliminated the Flyers from the playoffs. We all hugged, we all cheered, we were all so happy.

Unfortunately, the Islanders playoff run would come to an end when they were eliminated by the eventual Stanley Cup Champions, the Tampa Bay Lightning. Although they did not win the cup, I was certainly not disappointed. I will always remember summer playoff hockey.