Not Settling For It 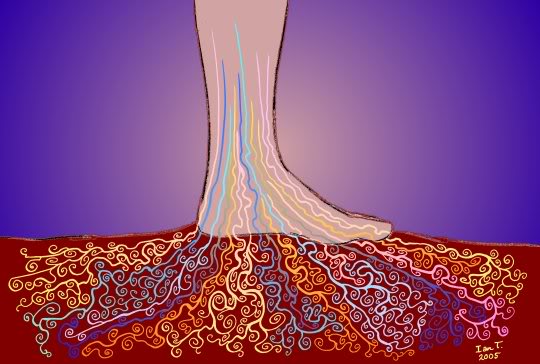 I’ve had the same address for three years, which has created a slow, steady feeling of discomfort. The problem, in fact, lies not with the address, but with how it labels me. After three years, some say I’ve “settled down,” a vague but sinister concept and a place I never really tried to be.

In my mid-twenties, after I figured out that traveling and earning money actually did go hand in hand, I couldn’t pack my bags fast enough. In the several years that followed, I traveled from here to there, supporting myself through a combination of teaching English, waitressing, and whatever other (legal) pursuits kept my cash flow green.

My family waited not-so-patiently for me to get it out of my system, and whenever I returned home, I failed to answer their question, “When are you going to settle down?”

After a few months in London, a year in Japan, an unusual six months on a ranch in Southern California, I felt comfortable with new friends I had been gathering like a big, global snowball. No one asked me when I was going to stop traveling, but where I was going next. We discussed the best countries to find teaching jobs and weighed the dangers of traveling in certain countries against how far our dollars would stretch. Whether I planned on staying for a month or a year, as soon as I got to a new place, I started planning my next trip.

Somewhere in that mix I met my future husband. He was following his own adventures, and we teamed up and traveled together for several more years.

Eventually we made a more final decision to live someplace where we weren’t planning our next move. So we came to New York and signed a lease. And then another and another.

For the first year, my brain was like a car with faulty brakes. All it wanted to do was keep moving no matter how much I tried to stop it. I resisted unpacking or buying furniture, because where would we put it when we left again? I kept my passport handy and searched for jobs elsewhere that would be impossible to turn down.

And then slowly, a shadow of stability caught up and inched its way over me little by little. A year passed and I was glad I didn’t have to say goodbye to new friends, pack up my apartment, or look for a different job. During the second year, we painted our apartment and hung things on the wall, and now, after three years, it doesn’t feel terrible knowing that I’ll (probably) be here next year.

I still shudder when people ask if I’ve settled down; the phrase makes me squirm. After more than a decade of a life in motion, I fear being rooted in one place, and a contentment that arises only out of rote habit. At my core, I hope I’ll never be settled but always ready to pick up and go if an opportunity presents itself.

And I still won’t buy furniture.