The Cult of Yoga 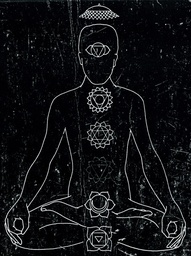 I love yoga in that annoying way where when anyone complains about their headache, hangover, pulled muscle, slipped disk, or period cramps, I offer yoga as a solution. I’m one of the converted who believes whatever other exercise is done or not done, it should be balanced with yoga.

What I also love is America, and our habit of taking something in its purest form and changing it into something barely recognizable from what it was. Yoga was a five-thousand year old spiritual practice in India before it hit our shores, and once celebs like Mia Farrow latched onto it in the seventies, yoga started a journey from acculturation to its current assimilated status that can accommodate bodies and personalities of all types.

Critics argue that the intent of yoga is to unite the mind, body, and spirit; not to give you killer abs, but the trend followed the demand and it turned out that the American demand was massive.

My yoga of choice is Bikram yoga, the one where the room is heated to 105 degrees, and teachers discourage drinking water or leaving the hot room until the class is over. Once I saw a fellow classmate drop into a heap on the floor, out cold for a few seconds. She was carried out of the room, only to return on her own five minutes later, determined to finish the class. Such is the cult of Bikram.

During class, teachers will sometimes say that it’s OK to cry, especially after a particular posture called camel pose, in which you stand on your knees and then stretch into a deep backbend, grabbing your ankles behind you. The posture is aimed at opening your heart chakra, which is where we tend to hold on to emotions. As the heart chakra opens, latent feelings are released and emotions spill out. I think it was during the class when a fellow classmate lay sobbing after camel pose that I knew this was a different kind of exercise.

And in case you’re wondering, the crier wasn’t me! My chakras seem to be confused about their function because camel pose actually gives me flashbacks of myself doing yoga in other studios, in other places I’ve lived—more of a memory chakra, I guess. It’s the yoga that keeps on giving.

The Bikram yoga sequence was developed by an Indian man named Bikram Choudhury, who started practicing in India at a young age with the guidance of his guru, Bishnu Ghosh. Sounds very pure, right?

The story goes that Bikram once met President Richard Nixon, and cured the President’s painful leg injury through yoga therapy.  In return, Nixon gave him his American Green Card, and Bikram immediately struck out for the New World. In 1973, he set up a yoga studio in Beverly Hills, intent on bringing peace and meditation to the frenzied, consumer-crazy Americans. He began teaching yoga for free, naively, the way his guru had taught him and the way it was done in India. For two years, he built a following of the Beverly Hills crowd, teaching a yoga sequence that he had developed for optimal health, but then Shirley MacLaine told him that he had to start charging money or he’d never be taken seriously, and everything changed.

From here, his story becomes very American. He tried to copyright his yoga sequence, allowing it to be taught only in yoga studios by teachers who had gone through his rigorous and expensive 9-week teacher-training course. He initiated lawsuits on studios who were illegally teaching his routine, and in turn he was sued by yoga teachers who claimed you can’t copyright yoga.

Eventually he was granted copyright, but it was later overturned in court. Now, many studios that offer Hot Yoga are actually practicing Bikram’s sequence that he fought so hard to keep in his name.

Bikram (the man) is a loud-mouth who brags that he owns the biggest swimming pool in Beverly Hills. He dresses in all-white suits, and  criticizes America’s culture of overindulgence. Bikram (the yoga) is the fountain of youth, and I’ve pretty much sold my soul to his tribe. Teachers often quote Bikram during class, giving him the air of a Supreme Leader. His yoga studios number in the thousands around the world, and even though they’re privately owned, he gets an initial cut.

I’ve been doing Bikram yoga for a a while now, and the great thing is that every class takes me out of my comfort zone, though sometimes I don’t know what makes me flinch more: the stamina and strength required to finish a class inside a sauna-like room, or the fact that for 90 minutes, I’m standing in front of a floor to ceiling mirror clad in sports bra and essentially, hot pants (Clothing not an option in that heat). I never come away feeling like the class was easy, even though the sequence is the same each time. And therein lies the addiction.

Friends that I convince to try just one class usually come away unconvinced. They don’t like the heat, the constant chatter of the teacher, or the lack of incense or peaceful ambiance. But I’ve found the quiet in the messy chaos of a Bikram class, and before I can think about it, I’ll reply with the words of my leader about how we need to look at ourselves under harsh ultraviolet lights if we really want to know ourselves. I guess if I’m part of a cult, it might as well be good for me.