Obama Paves the Road to Myanmar 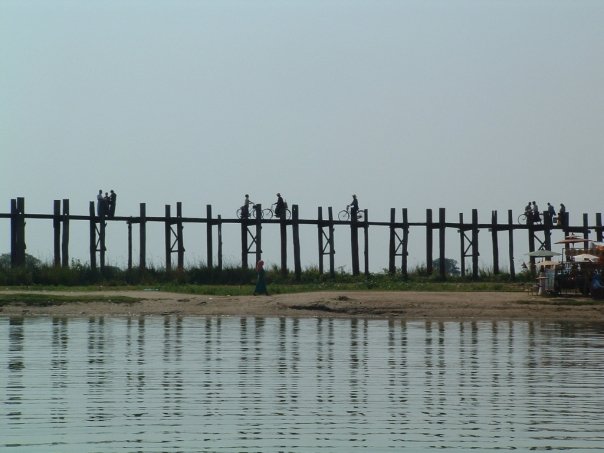 President Obama’s recent visit to Myanmar (also known as Burma) could likely do for that country what Bill Clinton’s did for Vietnam in 2000. If so, consider visiting Myanmar now if you are open to adventurous, independent travel and want a glimpse into a mysterious yet wonderfully exotic country.

Over a decade ago, Clinton was the first U.S. president to visit Vietnam since Richard Nixon, who went during the height of the Vietnam War. Clinton carried with him on that trip the heavy history of our war. He wanted to bring home the nearly 2,000 MIAs that were still believed to be on Vietnamese soil, and also on his agenda was the nation’s poor treatment of political prisoners. But he also arrived to follow up on the trade embargo his administration lifted five years earlier, and to discuss the fledgling bilateral trade agreement.

Just before his visit, Clinton spoke about the complicated relationship, reminding Americans that Vietnam, “in our national memory, was a war, but it is also a country.”  Many Americans seemed to take this seriously, and started trickling into the country. A decade later, in 2011, almost half a million Americans traveled to Vietnam, taking advantage of the sushi restaurants and wine bars that international business has created, while still experiencing the adventure that a relatively newly opened country can offer.

Similarly, after Obama declared that his Nov. 19 visit “marks the next step in a new chapter between the United States and Burma,” there is an unprecedented buzz surrounding the country, with news segments and travel articles popping up declaring it Asia’s best kept secret and encouraging Americans to pack their bags and have a look for themselves.

In truth, like Vietnam before Clinton, Myanmar had been open to travelers for many years before Obama stamped his seal of approval on it, though it is still largely left off the Southeast Asian travel circuit, especially compared to its neighbors like Thailand, who welcomed almost 11 million international tourists last year, compared to Myanmar’s 313, 000.

In 2008, I was one of those relatively few international visitors, and it was easily one of the most interesting, complicated and visually striking places I’ve ever been. The country had been ruled by a military dictatorship since 1962, a regime known for keeping the country in oppressed isolation. My visit was also on the heels of the recent Saffron Revolution, so named because of the thousands of monks wearing saffron colored robes who marched Yangon’s streets and temples in anti-government protest.

Hundreds of monks disappeared or were killed because of the uprising and political oppression was thick in the air. Other travelers I met warned me not to speak about politics with the locals, a crime that would result in much more trouble for them than it would for me. Behind closed doors, though, Burmese people were eager to talk politics and wanted foreigners to spread the word to the outside world.

Because of the recent government crackdown at the time of my visit, there were extra layers of security. The outside world felt sealed off. Rolling blackouts occurred all night long after dusk, leaving people’s access to electricity unpredictable. Even if I found an Internet café, websites were censured and access to email was often blocked. A Cold War era sense of distrust permeated the city of Yangon. Cell phone users were considered to be government agents, so no one used them in public.

For all of its intrigue, the military was not in the habit of kidnapping foreigners, and random acts of violence occur far less frequently than anyplace in the U.S., so I never felt in danger. Instead, it felt more like having a conversation with someone who had always dreamed of traveling the world, but never had the chance. The Burmese knew about freedom; they just didn’t have access to it.

Since my visit five years ago, the military dictatorship has officially been dissolved, though many believe that changing the status will change nothing at all. However, Thein Sein, president of the country since March 2011, has taken some steps toward reform, including lifting media censors and releasing many political prisoners.

Nobel Peace Prize winner Aung San Suu Kyi, whom Obama met with and called an “icon of democracy,” is now free after 15 years spent under house arrest for opposing military rule. She even has a seat in the Burmese Parliament. And now, though he only had his feet on the ground for six hours, a U.S. president is talking positively about the country.

Obama’s visit to Myanmar mirrored America back in ’08. People lined the streets waiting for his motorcade, waving U.S. flags and wearing t-shirts bearing his iconic image that accompanied the message of hope he carried with him. Don’t go to Myanmar just because Obama went, but know if you go that you will be thoroughly welcomed.

Myanmar is in a constant state of flux, so do your research. My husband and I felt pretty prepared before our trip, but underestimated the recent financial collapse the country had suffered as a result of the uprisings. On our arrival, we found a complete lack of money wiring services, international banks and ATMs. There was simply no access to money, anywhere. Our kind travel agent William, who was helping us navigate which areas foreigners were allowed to visit, offered to lend us money so we could stay in the country. Luckily, we had brought enough cash with us so that we were able to travel in super-budget mode.

Currently, according to the U.S. Department of State, travel visas must be obtained by American visitors before entering, and travel is strictly limited within the country, meaning you can travel only to places approved by the government. If you try to enter as a journalist or a writer, you may be denied. Journalists’ notes and film have been known to be confiscated upon exiting the country.

My advice is to include Myanmar as part of a larger Southeast Asian trip. Thailand, with its millions of tourists per year, is familiar with and competent in getting travelers there. Obtain your visa from the Burmese embassy in Bangkok, and talk to travelers who have recently visited.

Then open up your mind, and be prepared for a wonderful adventure.