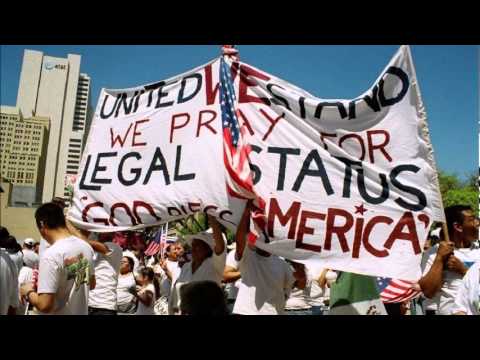 An issue currently at hand is the ineligibility of undocumented immigrants to receive FEMA aid in the wake of Hurricane Sandy. News stories are popping up with the plight of people in need: a woman from Poland cleans houses for a living on Staten Island. Her husband mows lawns. Both are out of work because their clients’ homes no longer exist. A man from Mexico has been living in the U.S. for 20 years and even owns a restaurant, which was flooded with over four feet of water. Despite the fact that he has a Taxpayer ID Number issued by the IRS and pays taxes every year, he is not a legal citizen or resident, and will not be eligible for FEMA relief.

When applying for federal aid to recoup losses suffered during the storm, a social security number is required. Those lacking one are eligible for short-term emergency aid in the form of food, shelter, and clothing, but not cash assistance. Some estimates put the number of undocumented people who suffered loss as a result of Hurricane Sandy at over 1,000, but FEMA benefits can only be taken advantage of by this population if they are parents to American born children.

Everyone is familiar with the ongoing and seemingly unsolvable problem of illegal immigration. While some people do arrive with malicious intent, searching for easy money, many others give up whatever ties they have to their home country to build better lives here for themselves and their families. It must be assumed that people arrive here fully aware of the struggles ahead of them, but hope their children will absorb the benefits of their sacrifice.

Regardless of the route they took or the reason they came, they are here. In 2011, Pew Research Center estimated there were 11.1 million unauthorized immigrants living in the U.S., making up 5 percent of the nation’s workforce. They’ve rented apartments, enrolled their kids in school, and even opened businesses. It seems that the U.S. government does just enough to allow undocumented immigrants to build somewhat of a life, but stops short of coming to their rescue when they are in need.

True, this is a risk that people take, that anyone takes when they choose to reside in a country without following the legal channels. But when it comes to public opinion on this matter, the claws come out. Articles chronicling this current problem have recently appeared in The Huffington Post, on Fox News, and in local papers like Metro New York. While some online comments offer sympathy and support, many others are sprinkled with the xenophobia of the extremely ignorant.

One reader suggested that people should “make an effort to become a citizen, then…try and get government help.” In fact, many people believe that by establishing themselves in American communities, even illegally, they are making that effort. Back in the 1980’s, Ronald Reagan offered the chance at amnesty to more than 3,000,000 immigrants who had entered the U.S. before 1982. There’s always hope that something like that will happen again. And it seems likely that the current and controversial DREAM Act, which would provide a path to citizenship to undocumented immigrants who arrived in the U.S. before their 16th birthday, and which President Obama advocates, will eventually be pushed through and made into a law.

Another commenter refers to all undocumented immigrants as “criminals” because they entered the county illegally, and since they live on American soil day after day, they continually break the law every day they are here. Offering federal aid would be like “rewarding criminals” for bad behavior.

Certainly there are true criminals among some of those overstaying their legal welcome, but wouldn’t most people do the same thing; that is, take whatever steps necessary to ensure a future for themselves and their children? Who wouldn’t commit the crime of living illegally in a country that offers at least a chance at a life?

And for each of the readers that offered the unhelpful advice to undocumented hurricane victims to “go back to your own country,” I am reminded of Mitt Romney’s disastrous and inhumane solution to illegal immigration: “Self-deportation,” in which he claimed that once “illegals” found that they couldn’t get the care or aid they needed from the U.S. government, they would elect to return to their own countries, where what was waiting for them was…what? More abject poverty and even fewer possibilities for caring for themselves and their families?

At least here, there is the chance of rebuilding. At least there is a church such as St. Mary’s Star of the Sea in Far Rockaway, Queens, which has been able to provide shelter for hurricane victims and fill in some of the gaps. At least there are non-profits who advocate specifically for this population, not because they necessarily approve of how they came here, but because they are here. And they are human. And they need help.

I think the solution lies in working on overall immigration reform, such that Obama advocates for: finding practical, efficient ways of securing American borders, but also acknowledging that people are here, regardless of current policy. Legitimate paths to citizenship for productive members of society are necessary, rather than the government’s current policies, which especially shuts out undocumented children.

So, yes, citizens of any particular country enjoy certain rights because they are citizens. Offering full federal assistance to non-citizens, particularly ones who live in the country illegally would not quite be fair. Undocumented immigrants live here at great risk, knowing they may be left behind in disasters such as Hurricane Sandy.

But to the people who ignorantly suggest that they just go home: let’s deal with the problem as it stands instead of offering useless, insensitive advice. America offers people the chance to make themselves into who they want to be, whether they are citizens or not. Either you want America to be that country, or you don’t. You can’t have it both ways.