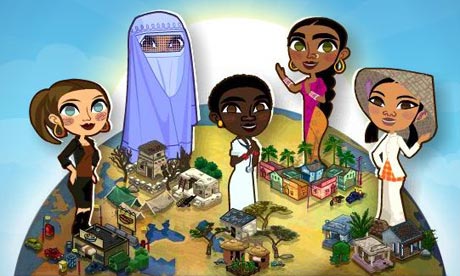 In his 2009 book, “Half the Sky,” Nicholas Kristof described a conversation he had with an Indian border official who was patrolling a busy crossing between Nepal and India. The officer described to Kristof the contraband he was regularly on the lookout for: mainly pirated or smuggled goods, and signs of terrorist materials or activity.

“What about trafficked girls?” Kristof asked. “There must be a lot.”

The official agreed. “Oh, a lot. But we don’t worry about them. There’s nothing you can do about them.”

Kristof continued to push the guard, asking him why pirated DVDs were more important than trafficked girls, and why human traffickers couldn’t be arrested in the same way as other smugglers. Kristof was frustrated by the response.

“These girls are sacrificed so that we can have harmony in society. So that good girls can be safe.”

“But many of the Nepali girls being trafficked are good girls, too.” Kristof pointed out.

“Oh yes, but those are peasant girls. They can’t even read. They’re from the countryside. The good Indian middle-class girls are safe.”

This is the attitude Kristof and his wife and co-author Sheryl WuDunn are attempting to combat with their Half the Sky Movement, whose aim is to spread the word about the oppression of women around the world.

The movement is a multi-platform collaboration.  First the book, which recounts anecdotes of young girls kidnapped and sold into sexual slavery, rape, maternal mortality, and other horrors that seem to go on and on. Then, last October, “Half the Sky: Turning Oppression into Opportunity for Women Worldwide” was broadcast on PBS. Filmed in 10 countries, it follows Kristof, WuDunn, and several celebrities as they hear stories of women confronted with poor health care, gender-based violence, sex trafficking and forced prostitution.

On March 4, the third piece became available to the public: “Half the Sky Movement: The Game.” In the game, which has to be played through Facebook, players follow the fictional character of Radhika as she struggles through common problems women around the world face, for example finding the money to get her sick daughter to the health care clinic. Players help Radhika make a series of decisions, and can also opt to play a “resource mini-game,” which allows Radhika to collect the coins she needs in order to accomplish her missions.

This is the most recent production by Games for Change, the non-profit who also created “Endgame: Syria,” in which players explore the Syrian war, and “Fibber 4.0,” where players could decide whether 2012’s presidential candidates were telling fact or fiction.

“Half the Sky Movement: The Game” is breaking ground in the area of social gaming by teaming up with sponsors who will donate to specified charities. For example, when Radhika finishes her mission, players have the opportunity to get involved with an organization that deals with the issue that was featured in the quest. Some of the participating sponsors include Heifer International, Room to Read, and World Vision.

At a launch event in New York, Kristof expressed his hope that the game would reach people who have not previously made these topics part of their regular dialogue, and give them a concrete way to get involved.

WuDunn said they hope to draw 2 million to 5 million players, and get 5 percent to donate. Michelle Byrd, co-president for Games for Change admitted that is an ambitious number, but not when it is compared to the 300 million people who play Facebook games each month.