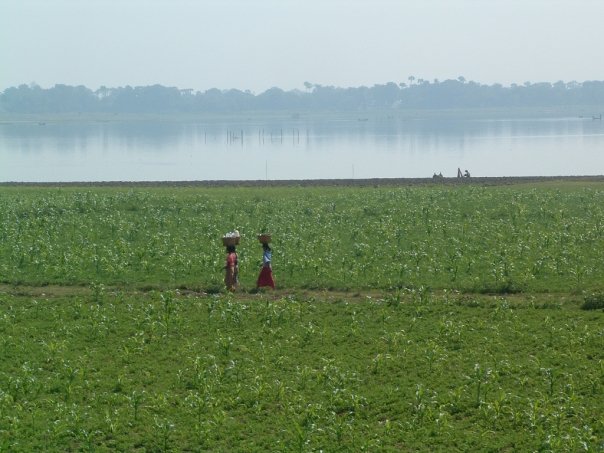 For some college students, a rite of passage after graduation involves embarking on a Grand Tour before settling into the mundane tasks of salary earning and scouting around for a life partner. For some, the classic destinations are still the best, and for people who feel the pull of Europe calling them, by all means, go. But don’t be afraid to go beyond the relative safety of London, Paris, and Rome.

Adventurous types can wile away months in India, and with the cheap cost of living there, can probably even fit some side trips to Bhutan or Sri Lanka. Always wanted to go to Africa? Cape Town to Cairo is a popular, albeit ambitious route, and seems to guarantee a life-changing experience.

If you’re on the fence about what to do after graduation, or if you’re considering paring down your life’s possessions until they fit into a backpack, I’m here to tell you to get off the fence and book your ticket. Now. And before you list all the reasons why it’s a bad idea to put off the so-called real world of work and responsibility, here are a few reasons why travel will make you a better person.

1. Live on a shoestring. Right after college is hopefully as broke as you’ll ever be, so what have you got to lose? It’s also that sweet spot of financial freedom, before getting mired in student loan repayment, or mortgage and car debt. Traveling when you’re rich must be great, but for the more cash strapped, it’s an adventure in stretching your dollar.

2. Learn and learn and learn. Sometimes without even realizing it, you’ll puzzle out questions you didn’t even know you had. “Burma” is the colonial British name for the country officially known as Myanmar. Yugoslavia no longer exists; neither does Czechoslovakia, but the smaller nations they have fragmented into are interesting sources of very recent European history. Once you visit this region, the geography settles into your mind and you’ll have a wider perspective on the relationship between countries.

3. Banish old-fashioned stereotypes. A country goes to war and they are forever labeled as dangerous places to visit. My cousin went to Rwanda last year and had a fabulous time. Places like Sarajevo and Saigon are bustling and open for business. For that matter, you’ll be able to experience the legacy of war from a non-American perspective. Vietnam is cluttered with museums and memorial sites from the “American War.” The Hanoi Hilton, where John McCain was a prisoner of war, is a mind-blowing experience in propaganda, featuring pictures and movie clips of American GI’s enjoying the kindness of their POW guards, as the guards teach them patiently and lovingly about Vietnamese culture.

4. Dig into culture. You’ll stop lumping together places Korea and China with the “same difference” mindset. A country with one billion people can hardly feature the same cultural differences as one with less than five percent that number. If you go, you’ll know.

5. See home with different eyes. Not only will cities with bad reputations seem harmless in the light of day, you’ll realize how terrifying America appears to countries that cannot even fathom a crazed lunatic shooting up a kindergarten classroom. You’ll most likely find the greatest kindness and generosity where you least expect it.

6. Get into the habit. The idea of an insular America is changing, and people are traveling outside the U.S. more than ever. But this fixed thinking of only having a limited number of years to travel in one’s life seems purely an American construct. If I never hear the phrase “do it while you’re young” again, I’ll be a pretty happy person. There are no set rules that you should travel in your 20’s, and then paste yourself into the conformity of a life bogged down with obligations forever after. If you start to travel after college, and it suits you, you’ll have seen enough of the world to realize that kids and spouses are portable. If traveling is your passion, you’ll always find a way to do it.