What Happened to Fall Weather? 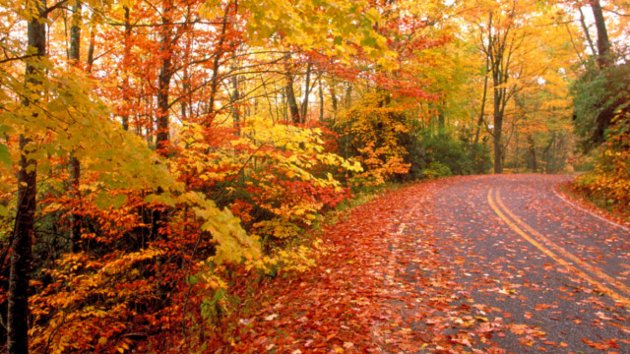 When I picture fall, I always see the same things; sweaters, boots, scarves, orange, red and brown crunchy leaf floors to walk on, chilly temperatures, and lots and lots of apple and pumpkin picking. But lately, fall seems to slip further and further from the norm. Just the other day I saw a woman wearing a strapless dress, its October, and I do not understand what is going on. I could blame it on Global Warming, but that would be too obvious, I believe there is some kind of conspiracy to get rid of beautiful fall weather all together. The new Kardashian baby, the recent uneventful Walking Dead season premiere, even the government shutdown are all possible reasons for the decline in fall weather. How are we supposed to enjoy this joyous shift in seasons from summer to winter, without a fall? Fall gets you prepared for winter weather, it leads you by the hand and shows you how to properly dress for the cold months ahead. Without it, we are all lost and blind to the forces of Mother Nature herself. What is the fun in drinking a pumpkin spice latte when it is 75 degrees out and every sip makes your forehead sweat? Even iced coffee loses its appeal when you aren’t sipping from a cup with gloved hands.

If there were an easy answer to the lack of fall, I would gladly take time out of my not so busy schedule to fix it. I don’t like waiting until the heat comes on, especially since I have recently been obstructed by the flu virus. There is no reason why fall is so non-existent these days. Being from Syracuse, it was even a shock going home and realizing that the cold weather epidemic that has haunted my fine city for so long, has recently decided that it would disappear as well. What’s next? Will winter completely go away as well? I always believed, being a New Yorker, that living here is truly the best place on earth. We get all four seasons, and an abundance of wintry weather making cuddling up a necessity. Even as a young girl I remember fall being exactly what it is envisioned to be in stories and movies. As I grew up, I started noticing the changes in weather, and all of which have been disappointing.

Enjoying football games in chilly weather while drinking hot chocolate is not happening. On a recent trip back to Syracuse, I found it to be 75 degrees and sunny while I was the only fool walking around in pants and a scarf.  Hopefully the weather will return itself to its regular state sooner, rather than later, in the future. I have reached my tolerance level of wearing shorts and tank tops mid-October. Mother Nature, please get your act together, some of us are tired of your silly insistence of heat waves.