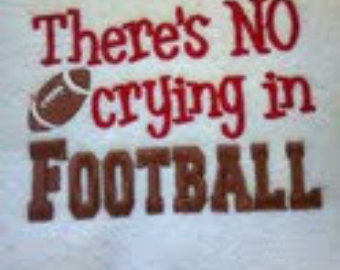 As a woman, I enjoy football immensely. I love that 300 plus pound men are running at each other, ready to take someone’s head off in a display of intense masculinity and competitiveness. That is what football is all about. When I first heard about Jonathan Martins desperate plea for help from the media because he was being bullied, I had to laugh. A six foot five, 312 pound man, is upset about being bullied. Are you kidding me?

Apparently, mean old Richie Incognito, of the Miami Dolphins, decided to send threatening and racist text messages and leave absurd voicemails to his rookie offensive tackle. Incognito displayed he’s an ass, and Martin went crying to his coaches. The Miami Dolphins had the ninth youngest roster in the NFL this year, so it is no surprise that the players were all teasing each other. A bunch of young men, making a lot of money, playing the toughest sport in America, of course they are going to act out of line. But what kind of message is this displaying to the younger generation who look up to these guys?

While I am completely against bullying, it just seems absolutely unconscionable that a grown man cannot defend himself, and stand up to this supposed bully. Clearly Incognito, as a 30 year old captain and immature man-child, was a little too eager about his duties as captain and took it too far. But Martin, you can stand up for yourself. Young boys look up to you guys as players, role models, and all around good guys. And to see a very large grown man crying about being teased is just absurd.

This gives room for more NFL players to come forward and accuse Incognito, or other players about that time somebody hurt their feelings. Football is a tough sport, you have to be physically tough, but that’s where we are drawing the line these days because now you have to lose your backbone and will to stand up for yourself. Now as a female, I probably would be terrified if Incognito, or Martin, came up to me swearing and cussing. But I am also five foot five, and 145 pounds, the chances of me surviving an encounter with them are slim to none. I don’t believe I wouldn’t stick up for myself though.

There is an idea going around that it should be the coach’s responsibility to maintain peace within the locker room. No, it actually is not. Since when do men need baby sitters? Why is it that all of a sudden everyone else’s job to make sure that these guys can behave like adults? It is not anyone’s responsibility, except the men who are decidedly role models to children who love this sport.

Martin left the team, with some plans of coming back? Why? You backed out of a team, which gave you a contract, to feed and take care of your family, because it got too difficult when another grown man started calling you names. If this is what football is coming to, I am terrified for the future generations. I don’t think the Dolphins should let him back on the team, you backed out of your contract, and it was too tough for you. I would suggest Martin tries for a career in any other sport, I just can’t think of any other sport that isn’t tough on its players.

The trash talking is fun in football, it gives you a way to get into another guy’s head before you tackle him to the ground as hard as you possibly can. This game is about being tough, if you are only physically tough, how would you be able to survive the NFL. All these guys do is talk nonsense to get at each other. I cannot stand a big muscle man who cries to his mommy every time someone pokes him. Do you think The Rock would act like this? I don’t think so. As per a spokesperson of the Miami Dolphins, Incognito was suspended for “Conduct detrimental to the team. We believe in maintaining a culture of respect for one another and as a result we believe this decision is in the best interest of the organization at this time.” This is completely appropriate considering the media frenzy that has stirred up over this nonsense. At the same time, can’t we just put these two guys in a ring and let them go at it? Martin can have his dignity back, and we can see how tough Incognito really is.

I hope that at some point everyone can realize how outlandish it is for Martin to have allowed himself to look like such a baby. Martin acting as if this was all out of his control is just stupid. Block him from your phone, ignore his messages, don’t pay for things he wants you to, and punch the jerk in the face. As a very large man who hits guys for a living, I think you can handle a fist fight with a guy who is treating you like crap. It’s your prerogative as a human being to open up a can of whoop ass on someone when you are being mistreated. If we allow football players to cry every time someone says something mean, then they should all be playing in tutus.

As a final note, Jonathan Martin, please don’t show your face in the NFL again, you’re an embarrassment to men. Richie Incognito, please grow up. And hopefully we can all move past this horribly depressing moment in sports history.