There is Nothing Sweeter Then Revenge 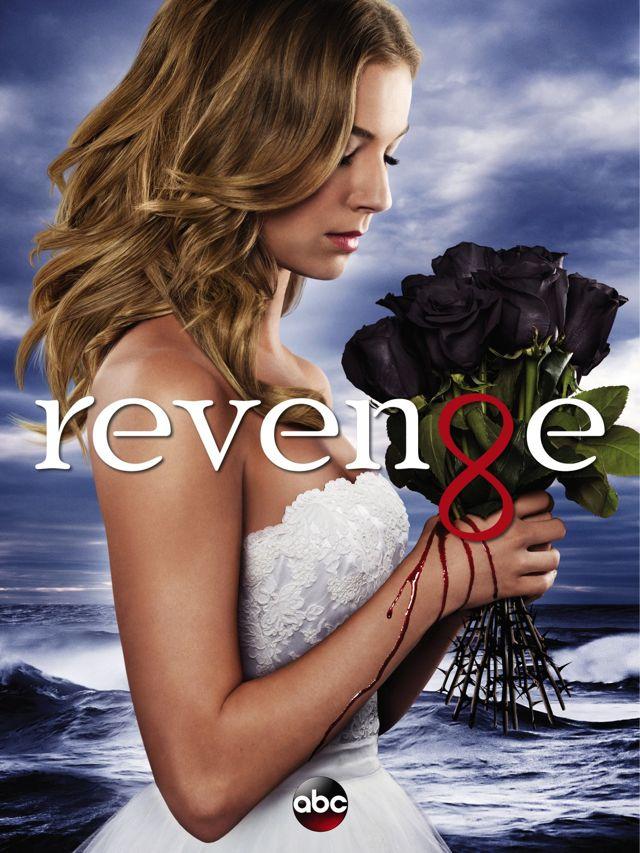 Revenge kicked off its third season last night with a bang. Literally! After a contrived second season the show is back on track with its signature flashfoward that sets up the mystery for the rest of the season.

SPOILERS!! IF YOU HAVE NOT SEEN IT YET READ NO FURTHER

“Fear” opens with Emily on a yacht in a bridal gown where she is shot twice and falls overboard. The show picks up six months after the season 2 finale. In that time we learn that the Graysons have spent time apart. Conrad is now Governor of New York, Daniel is unemployed and living with Emily, Victoria is spending time with her long lost son Patrick (played by Smallville Justin Hartley) and Charlotte has been travelling Europe to cope with losing both Declan and her unborn child. The best of all they are BROKE.

After losing his baby brother, almost killing Conrad and finding out that Emily is Amanda Jack fled the Hamptons with baby Carl leaving only a sign on the Stowaway saying they will be open for summer. Really he should have never teamed up with Ashley they should have left the revenge to the professions. Just like Amanda before him he tried to hurt the Graysons and his brother paid the price so really he shouldn’t be pissed at Emily for that.

With Aiden gone, Amada dead and the laptop destroyed Emily has refocused herself on plans to annihilate the Graysons. Of course before she can do that she needs to spring her partner in crime Nolan from prison. Luckily Nolan had a hidden failsafe in Carrion and he was released from prison and the last of the Initiative members were rounded up. They jokingly decide to never say the words Initiative and Carrion ever again. To which all fans said Amen!

With the despicable duo reunited Emily explains her plans to take down the Graysons and again offers Nolan out of their partnership. He refuses to walk away not after everything they did her dad and now him. She explains the explosive plans she has including “the wedding of the century”. Her plan hits a snag when Conrad demands more security and Ashley tries to blackmail her. So in true Revenge fashion she goes along with her plan and gets rid of Ashley at the same time. She poisons Conrad, makes it look like he is seriously ill and frames Ashley for leaking the information to the press.

Now came a truly frightening moment when Victoria and Emily teamed up to get rid of Ashley for “her transgressions” they frame her for luring Jack into Grayson Global and force her onto a plane back to England.  It also seems that Charlotte may be going the way of her half-sister. She was way too Zen with Conrad (the man who framed her actual father, accidentally killed her boyfriend and kept her locked up in a rehab center). Though the shock of the episode was when Aiden (who I thought Daniel killed last season) appeared on Victoria’s balcony planning to get rid of “the girl next door”.

So the question is who shoots Ems? Is it Daniel when he finds out she used him, Charlotte who took the loss of her “sister” very hard, Conrad because she ruined his political career, Aiden because she never loved him, Patrick on the orders of Mommy Dearest or was it the Wicked Witch of East Hampton herself Victoria. Emily has a lot of enemies who would want her dead if she is in fact dead. One truth is evident nobody does Revenge better than Mike Kelley.