Will Gardner is Dead 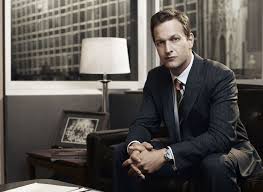 The pending departure of The Good Wife’s leading man has been kept a secret since the end of last season when actor Josh Charles asked to be written out of the show after the end of his four year contract. Instead the writers and creators of the show convinced him to appear in the first half of the fifth season so they could give his character a proper farewell.

And what a farewell it was.

Unlike many shows that announce an actor is leaving or that a character will die writers of TGW decided to keep the whole thing a secret and shock the audience when they killed him in a courthouse shooting.

Shock was exactly what happened as Twitter and message boards exploded following the revelation that Will was in fact dead.

Just like any other viewer my hope was that the near death of Will would shock Alicia into admitting her feelings for her former boss, friend and sometimes lover. The major and constant conflict of the show has been the love triangle between Alicia, Will and Alicia’s husband Peter.

The writers and creators of the show Robert and Michelle King released a statement on the CBS website and on Facebook explained that they view the show as the education of Alicia. After reading that it is absolutely the truth and the impact that Will has had on her has spurred her to change from mousy house wife to courtroom queen to corporate raider. His death will push her into the next phase of her evolution.

Will’s death will also force the other important women on the show into different phases of life as well. Diane Lockhart, his partner, always had to luxury of taking the high ground because he was willing to get his hands dirty now she will have to pull every dirty trick she has ever learned to save what she and her departed friend built. Coldhearted and secretive investigator Kalinda is showing her more emotional side as she deals with the sudden death of her friend and boss.

The Kings also explained that the decision to kill the character and not to simply have him leave Chicago came from the realization that the connection between Will and Alicia was to deep. That just distancing them wouldn’t keep the two out of each other’s orbits.

All in all what felt like a punch in the gut is now going to be the beginning of a long roller coaster ride that this fan will not be getting off of.

Good Luck to Josh Charles in future endeavors. Remember fans have forced characters to rise from the dead before so if you want back you will be welcome with open arms (well from the fans at least I think that Kalinda might cut you though).