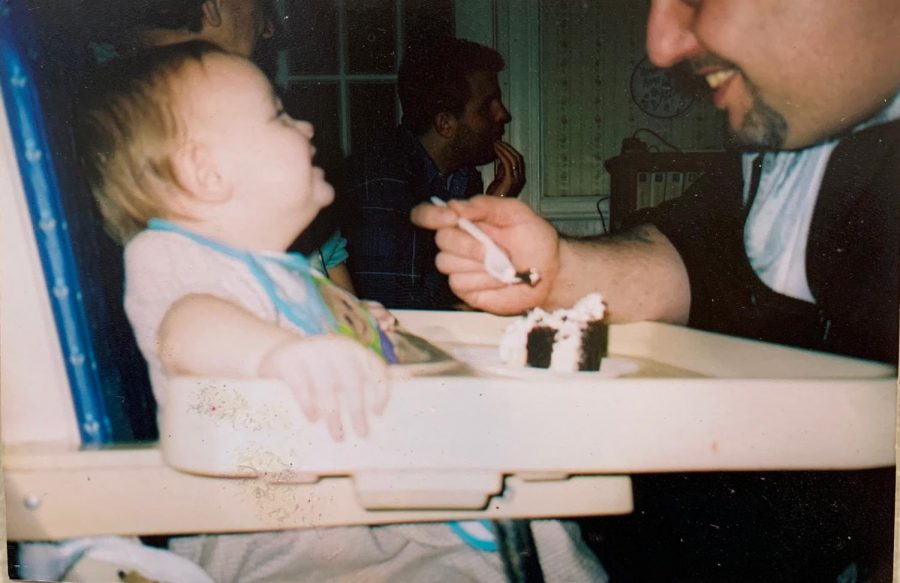 I came up with the name for this column from the movie “Eternal Sunshine of the Spotless Mind,” which is one of my favorite movies. It’s about erasing the memories of people from your brain, instead of moving on from them in the normal way. That’s not what I want, though. I want to heal from my past and create an Eternal Sunshine in my mind. It may get dark, and it may get sad but… Hey, that’s life, right?

When my mom doesn’t answer my phone calls, I panic. She works a lot, and she lives alone and there’s no one around who I can call to check on her. One of my brothers lives in Pennsylvania, and the other lives in California, both far away from my mom in New York. My mom’s 57, she’s not old yet, but she works nights, so she rarely gets to sleep enough. She’s been getting better at that part, though, but I worry it’ll catch up to her one day. I worry that she’ll push herself to far while trying to do some project in our house, and she’ll fall, and no one will know.

At the beginning of this year, I was having absolutely freaking out when my mom didn’t answer my first eight phone calls. My friends told me to call my dad to check on her, but that wasn’t a choice. I got to my room, and I called the police department to ask them to check on my mom. Luckily, they could understand what I was saying through my disgusting sobs and shaky words. Not even half an hour later, my mom calls me back and explains she was just asleep and her phone’s sound hadn’t been on. She was okay, and that calmed my nerves for the next few days until she didn’t answer the phone again. The same thing happened, the same routine of me having a panic attack, and the cops having to check on her. She was fine. Again.

But I called my dad a few times, over a decade ago now, and let it go when he didn’t answer, and I never spoke to him again.

It’s been just a little over ten years now, ten years since the last time I saw my dad.

It was days before my first day of fifth grade, my mom and I were going shopping. We wanted to bring him with us. He had been living in the same hotel for the past couple of weeks. He was doing well, and he was looking for a permanent place to live. My dad was coming up from the city to live near my brothers and I, so we could have him permanently in our lives after we hadn’t for so many years. I would only see him a couple times a year, if that. I have very few memories of him, and one might think that would make it easier, but that makes it even harder.

I have to know my dad through other people’s memories. I find myself jealous of my uncle, my mom, my brothers and every other person who ever got to make memories with him I didn’t get to. Now, every memory with my dad is fond and I cherish them deeply, but there’s nothing in this world I want more than just a couple more memories.

My brother likes to share things with me that our dad loved. When we still lived together, we’d watch movies a lot before going to sleep. We wrote a list of movies to watch, and only made it through about 5 of them fully, but it was late at night and neither of us were good at staying awake. One night, he picked the movie “Big Fish,” which is now one of my favorite movies, but it was also one of my dad’s favorites – the exact reason we watched it.

SPOILER ALERT (If you’re upset about this spoiler, don’t be. The movie came out in 2003, you’ve had plenty of time): The dad dies in the end, and every person involved in his stories came to see him off, and tell his son who didn’t feel like he got to know his dad many things about him. By this point in the movie,

I was a sobbing wreck.

Ironically enough, that’s sort of what having your dad die at a young age is like. Every person who was lucky enough to know him came around and would tell me about all these memories with him, and people still do. It’s a bittersweet thing, because I wish I do find myself being jealous of these people, but at least I get to hear about him.

My dad was a great singer. My mom recently found a tape of him singing “Can’t Help Falling in Love” by Elvis and it’s safe to say that hearing it made me cry harder than I have in… I don’t even know how long.

He wanted to go on America’s Got Talent, and hearing him sing like that made me feel like he really could have made it. But he never got to.

In the months before he died, he could spend a lot more time with my brothers and I. I saw him more in those months than I ever had before.

There was a time where I came home from a field trip, so excited because I knew he would be at my house when I got there. When I got there, my brothers told me he could not, and it broke my heart until he came down the hallway and I saw they were just joking.
When my dad died, it was sudden. It was random, nobody expected it. As soon as my mom told me, I hoped that it was just them joking about it and he would come down the hallway again. He didn’t. Sometimes I still hope that he’ll appear out of nowhere, and the whole thing will have been a joke. I know that wouldn’t happen, but I wish it could.

I’m constantly thinking about how to make my dad proud, and hoping that the things I do will be good enough. If he were here, I could have the validation that what I’m doing is enough, but he’s not here and I can’t have that, so I’m constantly stuck trying to do better and be better.

It’s like I’m running in place to get somewhere across the country.

No matter how many people tell me how proud he is, or rather would be, of me, it isn’t enough. There are days where I know that I’m making him proud, but there are other days where I question it and think about how much better I can be doing. That’s just something I’ll always have to struggle with, I suppose.
It always irks me when people complain about their parents over small things, or being annoyed when their parents just want to talk to them. I get so frustrated, because I’d give anything for my dad to annoy me. I’d rather be annoyed than not have him here at all. I know, I know, the grass is always greener… But

I don’t know if that’s the case this time.

Hug your parents, tell them you love them. Appreciate who and what you have, because it really might be gone in the blink of an eye.

And if in the afterlife, you can read what I’m writing, I love you, dad.