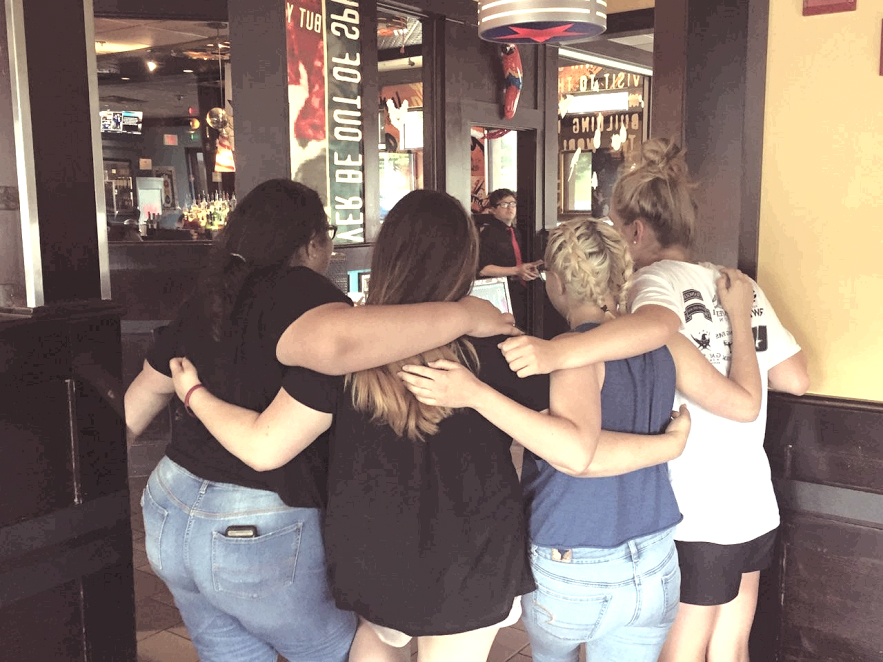 I will start this off by saying that my last column was sad, but I believe it helped me along with the healing from the death of a parent, even if it has been a decade. I don’t know if I have it in me to write about something I need healing from, despite that being the primary purpose of my column. So instead of writing about things I need to heal from, I figure I’ll give a little look into three of the people who have helped me through everything in my life, for my whole life.

It can be a rarity for people to know they have people in their lives who will have their backs no matter what, and I can confidently say that I have had three people for my entire life. I was brought into this world with three best friends almost automatically.

In our family, we’re referred to as Sojallie. It’s a combination of mine and my three cousins’ names, Sarah, Olivia, Jillian, and Allie.

The four of us were all born within four months of each other and since we were little, we’ve always been close. We’ve lived our lives hitting milestones together, and I could not be more grateful to have them in my life.

Having a big family as we do means that things don’t always go according to plan, people fight, we’ve lost a ridiculous amount of people in the past two years alone, and I couldn’t imagine living a life without them.

Sometimes I’ve felt like giving up, and every one of them has been there for me. When I’ve felt my lowest, they have lifted me up.

I don’t think there are people in this world who I have ever laughed as hard with and for so long. I mean it, we could laugh for hours and never stop. Not when there are tears in our eyes and our stomachs are cramping.

We started going on vacations together at the beginning of the summer, this year was our second year of doing it since we became old enough to book our own Airbnb. That vacation is one thing I look forward to most in the summer. I get to spend a couple of days at the beach with my best friends in the world. I really hope we get to continue that tradition forever, even when we’re older with our own families.

Allie, who is the oldest person in Sojallie, is turning 20 years old on Sunday, September 22, the same day as this will be posted. So happy birthday to you, Allie! We’ll be together by the time it’s posted and I making even more memories than we already have. Her birthday officially kicks off a new chapter for us. In the next four months, we will no longer have the “teen” in our ages, and we will be what some people consider adults. Over the next four months, we will transition from teenagers to real-life adults who are now respected!… Or some other clichè thing that people in Young-Adult novels would say, even though another year doesn’t exactly change any mentality or reality of our lives, and we will still be the same four girls who laugh hysterically at SpongeBob SquarePants and the word nipple.

To my very best gals in the world, my first best friends that I truly will have forever, thank you so much. Thank you for keeping my head held high even when it was falling. Thank you for keeping my secrets, and my embarrassing stories between us, just like I would for you. Thank you for making me laugh so hard that I get actual headaches more than half of the time. Thank you for being my rocks when things get tough, which they do a lot more often than most people realize sometimes. Thank you for standing by me, even when I’m being an idiot. I only hope that I do the same for all of you because it’s what you all deserve. I truly don’t think I could thank the three of you enough for how much you’ve helped me. I love you gals. Aunt Mandy and Grandpa are looking down on us and smiling at us every single day.

I’ve said it probably close to a thousand times throughout this whole thing, but I am so grateful to be related to my best friends in the entire world.