Someone Who’s Inspired Me for Years 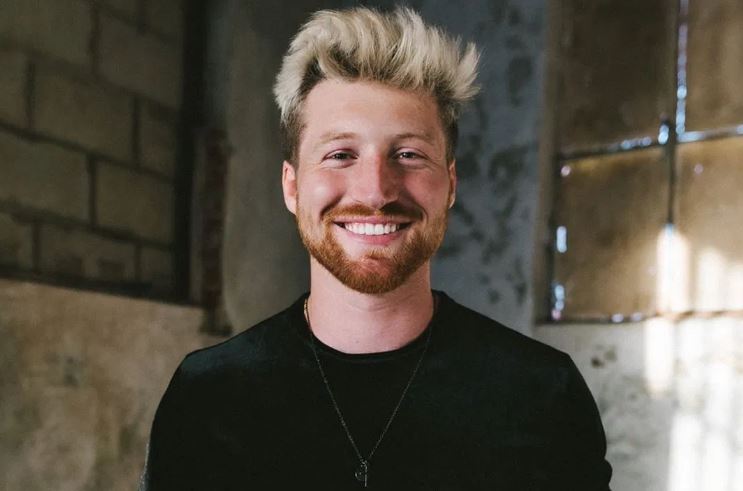 I’m going to talk about someone who helped me get through a really dark time in my life, and that person is a YouTuber. I know that probably sounds silly of me to say, but it’s the absolute truth.

My freshman year of college was one of the hardest years of my life to date. I was at a pretty pathetic point in my life and have never been as alone as I was then. I didn’t get along with my roommates at all, and while I made good grades, I didn’t enjoy any of my classes.

Aside from my school life being dreadful, my aunt, who was like a second mother to me, died suddenly right before my second semester started. She had a heart attack and not a single person saw it coming, it was one of the most devastating feelings that I’ve ever experienced.

With all that was going on in my life, it was easy to feel run down and get lost in the sadness that surrounded me. I’ve struggled with depression for a long time now, and while I’ve learned to cope with my issues, that isn’t to say that I don’t find myself slipping every now and then, especially during that time.

I never left my dorm room except for when I would go to class or go get food, and even then, I still sometimes didn’t even leave. I’d spend my nights awake and then sleep in until 2 p.m. each day, because I didn’t have any classes in the morning.

I found myself looking for new shows to watch, and new ways to waste time. Eventually, I stumbled into the world of YouTube and saw all sorts of new creators coming out with videos. I’d watched a couple different people before this, but certainly not as often as I did when I stumbled upon these creators.

I found a group of friends who used to be on Vine and they were referred to as The Vlog Squad. I’ve always thought that’s a pretty cheesy name, and even they acknowledge that, but whatever. I started watching these people in this group truly living their best lives and it was like a small bit of sunshine in my cloudy life.

I noticed one of the people in this group specifically and remembered that his Vines were always my favorite ones. I’d watch the videos for hours on end, and his name is Scotty Sire.

Watching the vlogs that all of the other people in this group put out, you could tell some of the stuff was staged to make it funnier, which I totally didn’t and still don’t mind. YouTube really is like its own television platform at this point and I support the acting of it all. When I started watching Scotty’s videos, they felt more genuine and like a real look into his life, they were like what a vlog typically is considered to be.

I found so much comfort in watching these videos, spending hours at a time watching what he was doing.

I think the point that resonated with me the most is that he was always joking about his own struggles and mental illness, which sounds like a strange thing to admire, but that’s how I’ve always coped with my own struggles and he sort of made me feel more normal about it.

It was comforting to see such a successful person talk about his own depression and anxiety. Everyone says that they get better, but this was like a look into what being better could be. He was a normal guy who really made it somewhere despite the struggles he went through. And yes, everyone goes through struggles, but the fact that he’s been so vocal about what he’s gone through and remained so normal at the same time is something beautiful to me.

Scotty Sire went from just producing YouTube videos to creating music that started off as satirical songs about his life, and blossomed into two really beautiful albums about his life experiences.

I don’t think I’ve ever been so invested in a famous person’s life as I am in his, and perhaps that’s just because his job is to show people what’s going on in his life.

For the past three years, watching these short videos has become one of my favorite things to do. It’s brought me so much comfort during really hard times, and watching him and his friends made me feel a little less alone.

Thank you, Scotty Sire, for all the joy that you’ve brought me throughout the past few years.