My Week Without Netflix 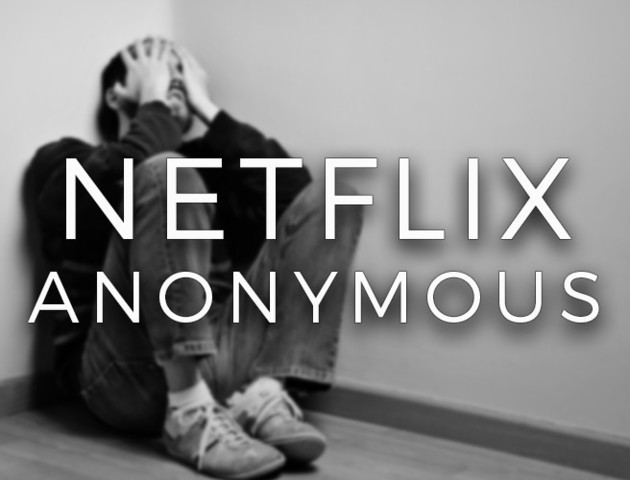 Last week, I did something stupid. I started thinking about how many shows I’ve watched on Netflix. Every time I thought I was done with my list, I would remember another one, and another one, and another. It just seemed to keep going. Some might take pride in their growing list but my brain started calculating how many hours I’ve actually wasted in front of my iPad. As the number grew the more depressing it became. So I figured I should give up Netflix for a week and see what would happen.

The first day was so much harder than I thought it would be. I came home from the gym and found myself at my laptop about to click that little Netflix button and stopped myself seconds before I totally messed up on my personal challenge. I immediately regretted not being able to put something on. It wasn’t because I wanted to sit down and never get up from my bed. It was because I wanted background noise, specifically people talking. This may sound weird but from what I’ve learned from other people who are in the same lovely predicament as I am, it isn’t weird at all.

I live alone. There’s no one walking past my shut door at all hours like in the dorms, and no housemates that are just off in the other rooms making small noises. There’s no one. The only noises that I get are cars passing by and dogs barking at deer. That’s it. It tends to get pretty lonely, so that’s where Netflix comes in. I turn it on and just let it run while I do things like make dinner or do my homework or fall asleep. Hearing people talk has a weird comforting effect on me. It makes being alone a lot less lonely. With Netflix on, I’m not jumping at any weird noises that I do hear. I’m also not letting the silence slowly drive me into madness. It keeps me levelheaded.

A lot of people have asked me why I don’t just put on music. I wondered the same thing until this week reminded me. Pandora has really been failing me lately. I’ll get maybe about five good songs in a row and start jamming and then some song kills my flow. So naturally, I change the station and then, it happens again. If I’m lucky I find a new station that I’m feeling, but then it becomes a problem of liking it too much. This seems like it wouldn’t be a problem but it becomes one because I start singing or spinning around in my desk chair. Whatever I was doing is totally forgotten as I put on my own personal concert. So, I gave up on music all together and turned to Netflix.

The second day of my weeklong struggle turned into a mess. When I sat down for dinner, I went to watch something on Youtube. It seemed harmless at the time but turned into a blackhole that I couldn’t escape to save my soul. It started with a 20 minute video about a baldheaded guy explaining what mindfulness is. It left me feeling pretty optimistic about life and myself so I went exploring to see if I could find some other empowering videos and somehow found myself clicking one of the many Buzzfeed channels.

At first I thought it was a good idea. “Hey, a five minute video about positive thinking won’t hurt,” but that ended up not being the case. Instead of maybe wasting 40 or so minutes, glued to Netflix, it turned into, “just one more” Buzzfeed video.

Before I knew it I had wasted 90 minutes.

As the week continued, it got significantly easier not to watch Netflix. Yes, I wanted to put it on but I didn’t. My times though I did find myself going up to my favorites bar and almost clicking on the little Netflix icon. After the third time that happened I realized that maybe it’s not really that I just feel as if its helpful to have it on in the background but, maybe because its become a routine in my life and I had been dealing with just breaking a bad habit all week.
All in all, my week without Netflix wasn’t totally awful. I wouldn’t say it was a life changer either though. I might have fixed some weird habits like falling asleep with a show on but that’s not all that weird. The experience has however made me more aware of how much time I have devoted to Netflix in the past and hopefully will help me prevent from doing the same in the future.