Social Media: The Only Way to Communicate 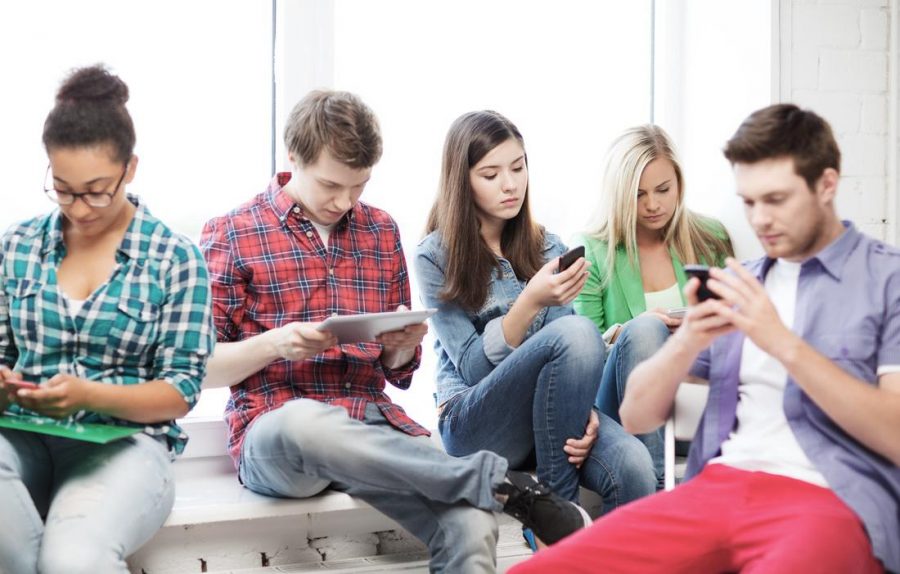 This week I gave myself a challenge. I wanted to see if I could spend the whole week off social media. It didn’t work. Besides being forced to tweet weekly for one of my classes and meeting new people and giving out my Facebook so we could keep in contact I did a pretty good job of staying away. But life kept throwing social media in my face and I hated it.
What happened to actually talking to people? When did Facebook Messenger become the new text message? When did sharing Pinterest pages become the only way of actually sharing ideas? I don’t have a clue but it happened.
I didn’t really have problems of wanting to be off social media for a week.  I was worried about more of what I was missing. What if someone posted a really cute photo of themselves and their new significant other and I didn’t like it? Would that make me look like a bad friend for not liking it? I constantly felt as if I needed to apologize for not liking things that they had been posting. I also got a ton of funny looks when I told people I had not seen the new photo, link, clip, snap, etc. No one really understood as to why I was boycotting social media for a week because all they could think about was how I was making life inconvenient for them. I received a ton of responses that were along the lines of “well I guess I’ll talk to you next week” or “you’ll have to look on my phone”. No one was really willing to talk in person. At first I was really offended by it. I actually still am but it made me look at who is really a friend and not. 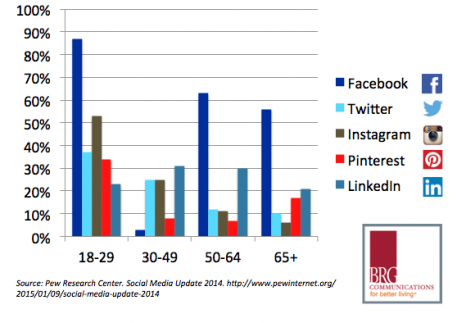 If someone is only willing to communicate with another person through social media does that even make them a friend? I came to the conclusion that those people aren’t friends. If someone isn’t willing to send a text or give a call when they have your number but will only send a FB message or DM on Instagram in order to ask how someone is, they really don’t care.
I’ve felt obligated to keep specific forms of social media so I can try to keep in contact with people because it is their preferred form of contact and it’s bitten me in the butt. I end up just wasting hours scrolling through Facebook, Instagram, Pinterest, and looking at stories on Snapchat of people that I don’t talk to. It may be the only way to talk to some people but it’s the ultimate time suck. I have spend more time scrolling through social media than I should but I also know I’m not one of those people that can’t not look at their Facebook every five minutes or need to post to Instagram at least once a day. 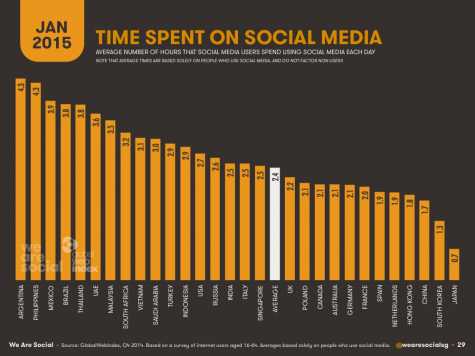 This day and age we’re obligated to have multiple social media accounts and I hate it. I now have two Twitter accounts, one because I made one to post clever things like calling out Netflix when “Netflix and Chill” actually became a problem and, I now have a “Professional Twitter” as my professor likes to call it. Both are pointless for the most part and yet I still have them. Facebook is by far the worst. Not only am I obligated to have one so I can keep contact with those that I am actually not close enough with to have their number but it also eats any free time that I might have. Every time I go on Facebook I need to at least look at all of my notifications and then that leads into the never ending black hole known as a news feed.