Why They Wanna Stick Me For My Paper?

The other night somebody broke in to my car. At first I was in shock but then I realized that the person who broke in the car didn’t take anything but a pair of Gucci sunglasses and my Chanel cologne. The crazy thing about it is that my friend saw the whole thing, followed the guy and called my phone. We wound up chasing the guy and beating him up and I got my stuff back. But then I started thinking, this neighborhood is suppose to be nicer and safer but maybe where I moved to might not be as safe as I thought. I was born and raised in the northeast Bronx, by Gun Hill rd and it was pretty bad over there. I’ve seen some crazy stuff growing up but not even over there did I have to worry about my car getting broken in to. So what I did do was look up the crime rate where I currently live in Riverdale.

With all these statistics I still have to wonder, why the hell did that guy break in my car? Did he think that my 2012 Toyota Camry was filled up with expensive goods? My car isn’t even hooked up! The crazy thing about it is I had about 5 pairs of sneakers in the trunk and a bunch of bags from Macy’s as well and he didn’t even take those!

I have to believe that this was just a fluke. Something that happens once in a blue moon in Riverdale. Personally I really like my new neighborhood. I never feel threatened and the people are very nice, except the guy who broke in my car. Then again I do not really know if the guy is even from my neighborhood.  I mean let’s look at the facts.  The guy was Hispanic, in his late 20’s.  My neighborhood consists of many Caucasian people who are elderly.  Many of these people are Jewish.  The chances of him being from where I live  are slim to none.  To tell the truth I could care less where he is from.

Let’s talk about the chase.

We circled my block and then wound up going down Cambridge Ave, which is one block over from my block.  As we pull up to the stop sign, we see a guy standing on the corner.  My friend Jon was the one who seen the guy inside my car, so he easily recognized him.  Soon as we opened the car door, he took off like Usain Bolt.  I mean I have never seen somebody run that fast in a while.  While all my other friends are in shape, I easily was the slowest.  Plus I smoke so I was out of breathe.  I thought i was going to die! When I finally did catch up to my 3 friends that zoomed by me, they had the guy corned in the parking lot of the public library on 231 street.  There was an ambulance parked in the corner so they guy ran up to it and knocked on the door.  One of my friends quickly yelled out ” they not going to save you” which was followed by a 2 piece combination which quickly dropped the thief to the ground.  That’s when we all jumped on him.  As we kicked him repeatedly another one of my friends screamed out ” you like to steal from people’s cars huh” then landed a devastating kick.  The entire time we never realized there were 2 EMT’s inside the parked ambulance.  The next thing you know I heard a siren blare and we all scattered.  The last thing he heard was ” don’t let me catch you robbing people’s cars again” which was said by me.

I do not usually get in to fights or any type of physical confrontations because I distance myself from situations like that.  I’m just glad I got my stuff back and I didn’t get locked up. 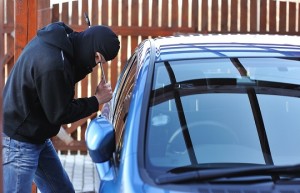