Out of Control Student Athletes Now Becoming the Norm 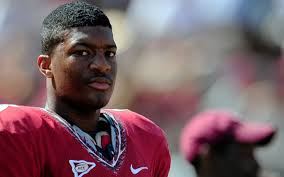 Praising good student athletes isn’t out of the norm in today’s society.  In fact, with the tremendous amount of media outlets, and the interest in sports on the rise, we are able to follow these athletes from their teenage years all the way until they retire.  Lebron James played several nationally televised games as a junior and senior in high school.  ESPN even created a sports channel and named it ESPNU, where you can keep tabs on heavily recruited high school students as well as follow your favorite college teams.  ESPU even covers national signing day for high school athletes to announce what college the plan on attending.  Big named sports retailer Under Armor sponsors a basketball tournament called the “Elite 24” which showcases the top 24 high school basketball players, who step on the court, laced up in the newest Under Armor sneakers, headbands, wristbands, and of course the uniforms are Under Armor as well.  With all this attention, it is pretty understandable that some of these athletes could possibly grow an ego.

One thing we must remember is that they are just kids.

Besides putting these young athletes on a pedestal, we should focus more on their behavior.  Growing up as a sports star can be a very difficult task.  Throughout high school and college we all remember the varsity sports teams.  The captain of the football team, the captain of the men’s basketball team, all sporting their varsity jacket’s with the fuzzy sewn on letters.  If my memory serves me correctly, I remember they got all the popular girls.  Besides all the hot females, these athletes rarely heard the word no. They rarely showed up to class, and still received passing grades.  They even drove the nicest cars to school and parked wherever they chose.  In college it was no different either.

In many instances these players become full fledge targets for the media.  They get followed, interviewed, and even grace the covers of the most popular sports magazines.  Like I stated earlier, we must remember that they are just kids and while we watch the grow as athletes we also watch them mature in to adults.  With that comes both positive and negative lessons.

Jeff Benedict wrote an article in 2010 for Sports Illustrated Online, stating that in 2010 from January 1st until August 1st, 125 athletes were arrested.  Out of that 125, 85 were college athletes with 75 being college football players.

The most recent being the star quarterback and leading Heisman Trophy candidate Jameis Winston.  On the field Winston has been unstoppable leading Florida State University to a number 2 national ranking.  Off the field he is being accused of raping a female nearly a year ago.  The female accuser says she was advised not to press any chargers.  They even have a DNA match from the accuser’s undergarments, still no charges have been filed against Winston.  The crazy thing is that Winston is still allowed to play and still has the best chance to win the Heisman.

This behavior is too familiar amongst college athletes.  On October 5th, 2010, Baylor gaurd Lacedarius Dunn was arrested on assault charges.  The claim was his longtime girlfriend called the police and said that Dunn punched her in the face and broke her jaw.  The charges were later dropped and he was able to play the entire season with a worry.

It is sad to say that it is accepted that we turn a blind eye to the negative situations that these college athletes get themselves into.  Many of them do these things because they feel like they will never get disciplined for them, well at least nothing serious and usually that is what happens. I personally feel that  any student athlete that runs into problems with the law should never be allowed to participate with the team of their sport.  That is like rewarding them for getting in trouble.