Gone, But Who’s To Blame?

Another actor passes due to struggle with drug addiction 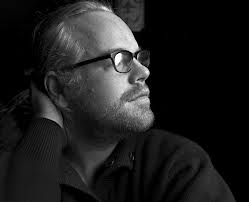 Unfortunately this past week, actor Philip Seymour Hoffman passed away from the same disease that killed fellow actors John Belushi, Chris Farley and River Phoenix.  The disease is drug addiction and the drug is heroin.

As I read through the different articles about Hoffman’s overdose, I noticed that 4 people were arrested in connection with the actors death.  In several articles, they even point the finger and throw shade at the street dealers who illegally sell the drug throughout the city.  This made me think, is it really the dealers fault?  Who is really to blame if a drug addict overdoses?

Growing up in a neighborhood filled with crime, I always had one way of thinking. When I was younger, none of my friends were really forced into buying drugs off of a specific dealer, they got the drugs from whomever sold.  To say it’s the dealers fault is like saying the dealer forced the person to buy the drugs and use them.  That’s nonsense.  No dealer twists any addict’s arm and forces them to buy drugs.  If they don’t buy from one person, they are going to buy it from another. That’s a dealers mentality.

In an online article on CBSNEWS.com, they explain that under state law they cannot hold drug dealers liable for customer’s deaths.  The article goes on to say that it is not uncommon for detectives to track down dealers after suspected overdoses, especially drugs such as heroin, that are packaged with a stamp telling names.  I found this interesting because if they say it’s against the law to prosecute anyone for deaths in cases where drug addicts overdose, then why is it not uncommon for the police to track the dealers down?  It does not make any sense to me.

Another article written by Dr. Keith Ablow for FOXNEWS.com summed up the actors death the best by saying,  “No genetic anomaly can make a person text a dealer, withdraw a stack of bills from an ATM, pick up a supply of 70 bags of heroin, tie a tourniquet around his arm and inject the stuff into his vein.”

This may sound harsh, but this is exactly what I have been trying to say.

I truly believe because Hoffman was a successful actor, many of his peers are looking for someone to point the finger at.  Most people are still in disbelief, but there are hundreds of people who die from heroin overdoses daily and there isn’t any attention given to that.  They are just looked at as another addict who overdosed.

This also made me think that the law is only attacking half of the problem when it comes to drugs, drug addicts, crimes and fatalities related to drugs.  What needs to be focused on more is helping the people who are addicts and also creating different programs to educate people about drugs, drug abuse and addiction.  The more people know about this horrible disease, the easier it would be to make the better decision when it comes to using.

Whether you’re a famous actor who uses drugs or a famous addict on the streets, to push the blame on the dealer is ridiculous.  I do not want people to get the wrong idea though,  I am not in favor of people who sell drugs.  The experience I had with selling drugs was not pleasant, and in no way am I trying to glorify it.  It’s just sad to hear that one of your favorite actors was found dead in his home with a needle stuck in his arm from a heroin overdose, which is exactly how they found Hoffman.  An article written by Michael Wilson for NYTIMES.com said the actor died an addict’s death.