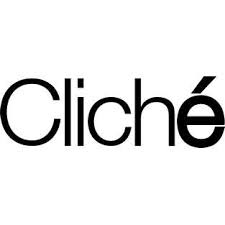 A cliché is a trite stereotyped expression.  It’s a sentence or a phrase usually expressing a common or popular thought or idea that has lost its originality, ingenuity and impact due to long overuse.  Cliché’s are used in conversation and literature in almost every country, nearly all the time.  You might find yourself using them in most conversations that have to deal with some type of advice or a situation where there are truths or consequences to be faced.  Some of these cliché statements have been used so much over time that they actually have no true meaning, but some have been so effective they have actually shaped the way society thinks often offering and answer or clarifying a reason something happened.  I believe without cliché’s some of the problems you face as a person would be, in a way, somewhat more challenging.  I guess what I’m really saying is for a person like me, cliché’s have helped me cope with allot of my problems, as far as my feelings towards the situation. For instance, a common cliché that is used ever so often is “what goes around comes around”.  Funny as it may sound, this cliché statement has helped me deal with many of the situations in my life where somebody has done me wrong or harm and vise versa.  To me this cliché has a hidden lesson within it,  it’s trying to teach that you should treat others how you want to be treated.  For others it might mean something different.  I am a person who believes strongly in karma, so this statement gives me assurance in a sense where if somebody did something to me that I did not like , it would come back to get them later on in life.  Believe it or not some people live and die by this statement.

Another cliché statement that I am pretty sure everyone is familiar with is “break a leg”.  This statement is usually used amongst actors, and is a substitute for saying good luck.  If you think about it wishing somebody good luck by telling them break a leg is kind of absurd.  Breaking your leg would be the total  opposite of good luck, yet people use this all the time.  In fact it is used so much that there are many theory to why actors use the term.  Most say because wishing someone good luck is actually bad luck, they use a theory called the Opposite meaning theory.  Another theory about the term is that it comes from ancient Greek origin.  This theory reveals that in ancient Greek times they did not applaud to show gratification but instead they stomped their feet.  If they stomped long enough they would break a leg.  Others say it’s from the Elizabethan era, where instead of applauding they would bang their chairs on the floor until the leg of the chair broke.  Whatever you believe just know that this cliché has shaped the way most actors rate their performances as well as being labeled as a superstition.

“You shouldn’t throw stones if you live in a glass house” is one of the most common cliché statements used.  It is used to describe someone who criticizes others for faults that they themselves possess.  According to an article in the HuffintonPost.com this cliché is supported by Freudian psychoanalysis.  The article states “In 1890, Freud first outlined his theory of psychological projection, which suggests that we unconsciously reject our own “unacceptable” habits and behaviors by ascribing them to people and objects outside of ourselves.”  Besides the theory, just think how many times you have applied this cliché to some situation in your life.

Regardless of where any cliché statement derived from, we all use them every day whether we realize it or not.  Cliché’s have helped us cope with problems as well as created solutions to them.