Apple vs The FBI 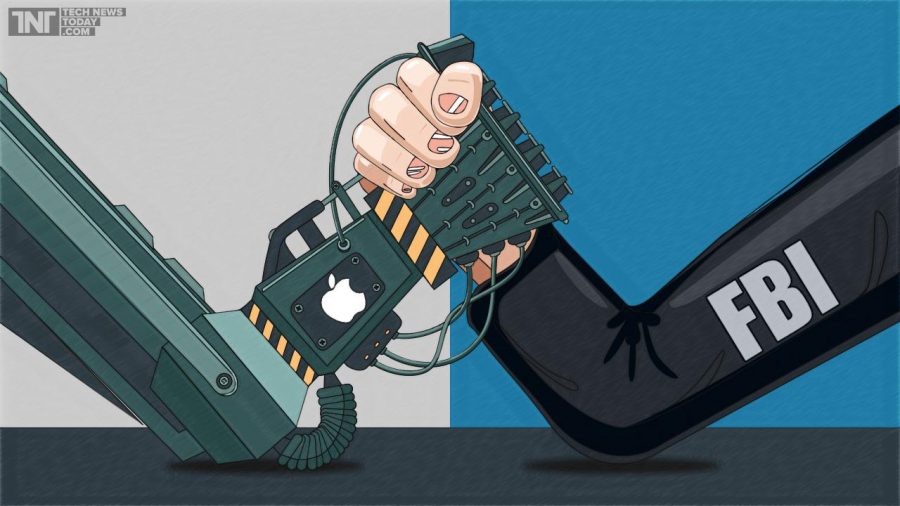 The big controversy for some time now has been should Apple assist the FBI by hacking into the killer of the San Bernardino shooting iPhone to see if there is any connection with mass terrorist group ISIS. The case is going to court right now because the FBI wants Apple to create backdoor software unlocking the encrypted iPhone. The FBI will not be taking no for an answer they are trying different avenue’s to make Apple cooperate. But Apple feels that if this software is created it will jeopardize the security of iPhones in the future.

I agree with Apple because if this backdoor software is created to hack into iPhones that is making the product defective. Not only would the iPhone product be at jeopardy so would all apple devices. Because the software for apple products are the same.

The iPhone is Apples number one selling product, in January 2015, 74.5 million iPhones were sold in three months making a record in corporate history according to CNN Money.

Something so simply like a backdoor security feature can demolish the apple iPhone. One of the biggest luxuries of iPhone’s is the security feature. All Apple products are more complicated to hack because they have great security software.

If anyone is able to hack into my iPhone because of this new software I might as well just buy an android phone because it’s a cheaper product and does not have the security features like the iPhone.

As a consumer if this backdoor software is created I am not going to spend hundreds of dollars on a new iPhone every time it comes out. Nor am I going to pay more money monthly on my cell phone bill to have an iPhone if the product is not living up to its reputation.

I also will not be purchasing a new MacBook. I love the fact knowing that the odds of me getting a virus are very slim. I understand the FBI’s job is to protect the United States from any threats. But there is a strong possibility that the killer of the San Bernardino shooting is not a member of ISIS.

ISIS is the biggest terrorist group in the world. They would target something way bigger than a building in San Bernardino. There is no significance to the building for ISIS to target it. Majority of the nation has never heard of San Bernardino until this shooting occurred.

There are rumors that ISIS has targeted Time Square in the past. That makes more sense to me of the kind of way ISIS operates. When ISIS does something they want everyone to see it. They want it to be something huge that everybody is going to remember for instance the bombing in Paris.

France citizens will remember that for the rest of their lives. That is the kind of scale of that ISIS unleashes its terror on. San Bernardino is an amateur terrorist attack. Its nowhere on the scale that ISIS usually targets.

The FBI may have an ulterior motive to why they want the backdoor software. They may just want the software to spy on American citizens in depth. It’s bad enough there are cameras everywhere in society but now there’s a possibility that the most popular phone can be hacked without ease.

The FBI can all ready track the location of our phones, they can see what websites we visit and they can also listen to our phone calls. I think they have enough resources in regards to spying on people.

Furthermore who is going to stop hackers from accessing the backdoor setting on iPhones ? People store a lot of important information in their phones. Personal information will be at risk if this software gets into the wrong hands. If this backdoor software is created Big brother will literally be watching everywhere. Privacy and security is very important and one of the things we need to have as a society. If are rights are are being violated there’s no point in having the law the right to privacy.