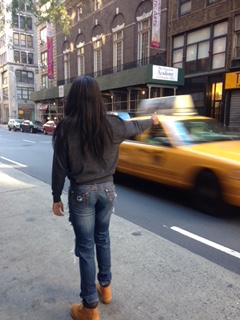 I have been living in New York for two years now. I can say that this has been quit a different living and learning experience. But I do love New York. I first came to New York when I was twenty year olds. I came to play basketball for Mercy College and I wanted to pursue a career in sports broadcasting or news reporting. I did not know how I was going to pursue my career; all I knew was that New York City was the place to be if I wanted to make it in my career. I experienced culture shock immediately because I noticed that the black people were different from me. Majority of the black people I had met when I first came to New York were West Indian. They were Jamaican, Trinidadian, and Haitian. Then majority of the Hispanic people were Dominican or Puerto Rican. I was accustom to the black people in California identifying as just black and having majority of their roots tracing back to the south. Majority of the Hispanics are also Mexican in California. On a Friday night there was a homecoming dance in the victory café. This was my first college party at Mercy. The music was different from the music back home, there was a lot of Jamaican music being played. I had never heard these songs. The only Jamaican music I had ever heard was Bob Marley, Sean Paul and Murda she wrote. It was difficult for me to find good southern food in New York so I started to eat a lot of Jamaican food. My favorite is curry chicken with white rice and plantains. I never knew how good plantains were until I had them in New York. I use to think plantains were the Banana chips that came in the clear bag at the grocery store. Those taste disgusting compared to a real plantain. 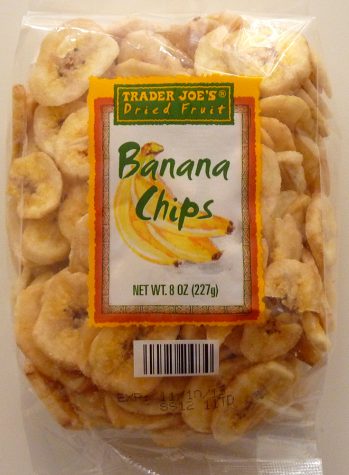 I remember my first time stepping foot into a Dominican hair salon; I was looking around because I did not see any flat irons at the women’s hair stations. But I just went with the flow of things because my friends recommend me to get my hair done by the Dominicans. I did not know what to expect because this was my first time getting my hair blown out. After I was done getting my hair done the woman started grabbing pieces of my wet afro and she began cutting my hair. I jumped out the chair and screamed at her and said what are you doing. She told me my ends were split and they needed to be cut. She had all ready cut a lot of my hair. I knew it was going to be uneven so I had to let her even out the rest of my hair. I did not think it was going to be that bad when she finished by my hair was sixteen inches when I walked into the shop. I walked out it was about 10 to 12 inches. I cried so badly because it took me along time to grow my hair so long. It felt like she had cut all my progress away. My friend later told me that the Dominicans get scissor happy and you not suppose to let them cut my hair. I was so upset I put my extensions back in my hair the next week. As time went by eventually went back to the Dominican salon but not the same one. I will never let the cut my hair again I learned my lesson. 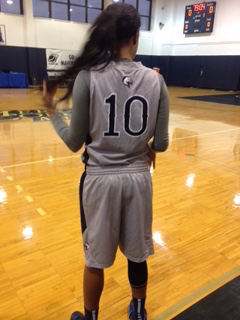 Whenever I go places in New York people think I am from the south because I have an accent but I do not think I have a southern accent. I also noticed that the New York lingo is way different than California slang. I have never heard the word mad used so many times in a sentences until I came to New York. My teammates would make fun of because I would ask tell them we should kick it later. They said what does kick it mean? I said it means to chill. They told me I cant say kick it that’s not something they say in New York and we laughed it off. I still say kick it because that’s apart of my vocabulary. 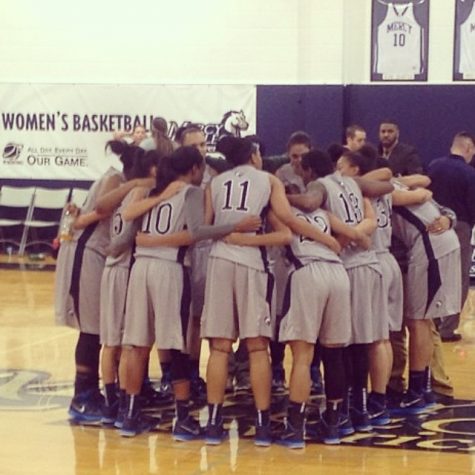 Something I miss a lot about California other than my family would be the warm California weather. I do not like the cold weather at all but it is tolerable. My interpretation of winter in New York was that it was going to be a blizzard everyday. I thought the temperature was going to be 1 degrees. But it was not that bad at all as long as you are prepared for the cold weather. I drove from home to school so it was awesome I did not have to walk in the cold weather. But when my car broke that’s when things got ugly. When I started walking from my house to the train station I found out quickly what black ice was. I was walking and I thought I was going to step onto the street and is stepped into a deep puddle of ice water that looked like the street. I was so mad because I had to walk all the way home to change my boot and my sock was soaked with water. 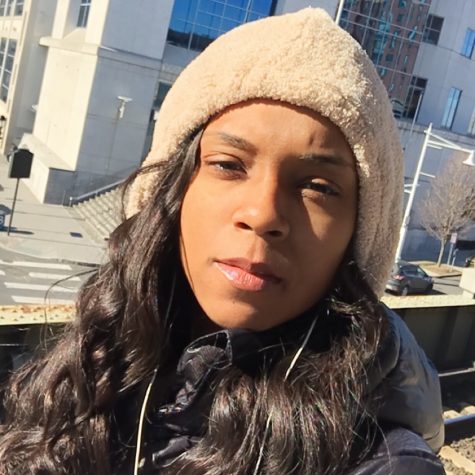 I learned the hard way that New York parking enforcement is the devil. I had my car towed twice since I have been in New York. Being from out of state I don’t understand all the parking signs. For instance I received a ticket because I parked in an area that said no standing from 9am to 4pm. I thought that meant you could not physically stand there in front of the store. But when I came back 30 minutes later to my car I realized it meant that I could not park there or leave my car running there. The parking enforcement in Yonkers is so vicious they prey on my car every chance they get. I receive tickets for having a California license plate. I would change my registration to New York but if I did that I would have to change my insurance to New York and that would be expensive. The Yonkers parking enforcement is the only parking enforcement that gives me a hard time. I’ve parked my car in Manhattan numerous times and they do not give me a hard time. But the other thing I experienced worst than parking enforcement were mice. 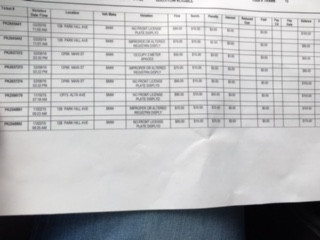 The day before my 22nd birthday I was wanding my hair getting ready to bring in my birthday with a bang at the club with someone of my friends. I was also eating the typical college student meal, in which was a bowl of Ramen noodles. I put my noodles on the floor so I could finish doing my hair. When I went to grab my noodles something grey zoomed past me. I did not know what it was and I sat there and thought that it was a mouse but I was in disbelief. After thinking about it, that must have been that noise I hear at night. It sounds like something was chewing on the wall by the heater. I was upset because Mickey Mouse was keeping me up late at night for the whole month of October and my landlord was acting like this is normal and this is how New York City is. I’m from California and mice are not something I’m use too. I could not deal with Mickey, I did not understand what he thought he could find in my apartment I am a college student I do not have that much food nor do I cook. My landlord called the exterminator and Mickey was found dead. As I felt relieved that I could finally sleep in peace, along came Ben. I know this may sound weird but I was watching TV in my room one night and I had sensed that I was not alone and something was to the right of me on the floor. I looked and nothing was there. Then I looked out of the side of my peripheral and there Ben was sneaking out the small crack of my door heading to the kitchen. My landlord put up mousetraps but none of them worked mice are very smart they do not fall for those traps. I told my landlord I’m moving unless she lets me have a cat. Then I met the apple of my eye Samantha my 7-month year old cat. When I brought her home she was in a pet box with holes. I opened the box and I looked at her stare at made me she made me feel this warm feeling in my heart. She was so cute and innocent. She was very curious about her new home so she started walking around my apartment. She started sniffing around the oven and there she found Ben he was dead and his body was deflated. I couldn’t touch him so I called my roommate Ray to clean the deceased Ben up. After Ben I woke up out of my sleep because Samantha was playing with something on the floor and she was having so much fun and I looked and I couldn’t believe I saw Smitty. Samantha put Smitty in her mouth and dropped him and she kept playing with him in her paws. I was scared so I just stayed in bed and let her handle the situation. Smitty got away and escaped out of my room. Three weeks later Samantha was picking at something underneath the heater and there lie Smitty dead and deflated just like Ben. Of course there was no way that I was going anywhere near Smitty so I grabbed Samantha and asked my roommate Ray to clean up Smitty. After Smitty I never saw another mouse again. Samantha’s presence keeps me safe every night. 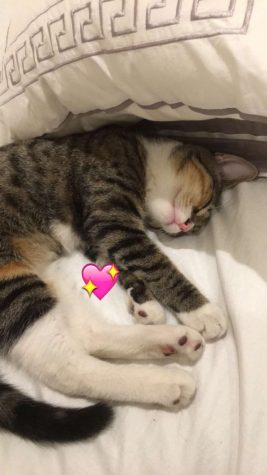 When my uncle came to New York City over the summer he took me to a couple of plays. I saw Wicked and the book of Mormon. I loved Wicked that is a play that I recommend to everyone. It was so funny but at the same time it had wicked twist to it. I did not like the book of Mormon, it had its funny moments but overall it just was not something that I was interested in. Prior to seeing those plays I saw the Lion King in Los Angeles and I loved it. Seeing plays on Broadway are on my bucket list while living in New York. I also went to statue of Liberty; it was a really great experience. I intend to go back this summer and walk all the way to the top of lady Liberty.

I love that New York City has so many tall buildings. When I first went the city I was starring up at all the buildings because they were so tall. New York City was the city I always wanted to go and had never been to. When I was in high school New York City was my background to my desktop. I always told myself I was going to go there one day. But I never thought that I was going to live here. Living in New York changed my life; it made me become more of an independent and strong person. I do not have any family in New York, so when something goes wrong I have to figure things out for myself because my parents are 3,000 miles away. Of course there my number ones fans and they will always support me but I like to figure things out on my own now. New York helped me grow up and understand something’s about life. I do not know everything about life and I may never know everything but I am learning. 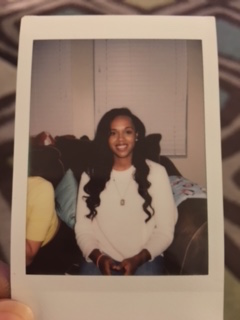