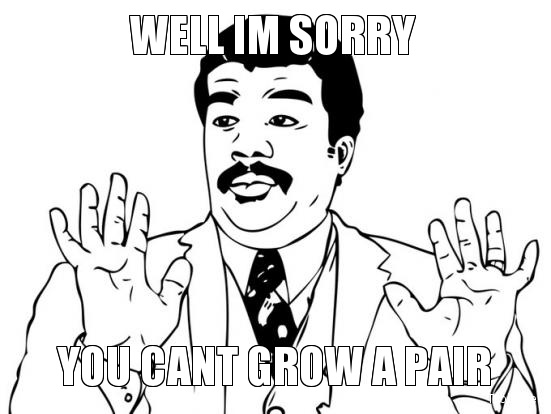 Sitting in class a couple of weeks ago, our professor started off by talking about a meeting he had with his peers about how their classes are going (which basically meant that they talked behind our backs about how much they truly hated most of us). During the meeting, they all went around saying what was wrong with our generation.

As I rolled my eyes upon waiting to hear the following adjectives: lazy, dumb, narcissistic, spoiled and uncaring, my professor shocked me with a word that I have never heard to describe our generation.

I didn’t understand. How are we, of all generations, gutless? Trying to find a way to defend ourselves against a new, horrible adjective to describe us, I couldn’t. The more I thought about it, the more gutless our generation became, and the more disgusted I became.

Constantly, at least twice a day, I’ll hear someone complaining about something Mercy College did or is enforcing that someone doesn’t agree with. The whining from some of you is just so incredibly annoying that after 3 years of going here, I’ve learned to tune it out.

“The library is too noisy.”

“There should be more shuttle buses.”

Haven’t you ever heard the expression “If you don’t like something, change it?”

Sure, that expression can’t solve EVERYTHING, but if you want to change something about your school, there are plenty of ways that you can. You just need to get your ass up and do something about it.

Here’s a lovely example: The scanners on the shuttle buses. If you’ve ever had the pleasure of riding the shuttle buses to and from the hotels, a new rule of scanning our ID’s for security purposes have been enforced. Only people who reside at the Westchester Marriott and the Extended Stay America are allowed to ride the shuttle purposes.

Instead of making a petition to get rid of the scanners, the bus is filled with complaints and fighting, saying the scanners are “stupid” and “useless”. There have been numerous arguments with the bus drivers, which are pointless and childish. Do you honestly believe they have the power to say something? No, they don’t! They do what they’re told, enforce the rules, go home, and do it again the next day.

No one is going to care how unhappy you are. You can whine and cry about something to someone for so long until they tune you out or finally decide to tell you how annoying you are. Every school has issues and problems, nothing is perfect. So, if something is bothering you that much, don’t cry about it to your mother, change it!

Another reason we’re gutless: we don’t take advantage of the things handed to us. Those emails that you keep forwarding to your spam from Mercy College could be internship opportunities that might get you a step ahead in your career. But do we actually take the time to read them? Of course not!

We go around thinking that someone is going to come knocking our doorstep, begging us to work for them, but that’s not the case. To get a job, or an even an internship, you need to put yourself out there. Don’t be afraid to email or ask companies for internship or job opportunities either. You’re not going to get anywhere in life waiting for an opportunity.

If we continue to be the gutless generation we’re turning out to be, the generations before us are just going to keep shaking their heads in disapproval and laughing at us. Can we blame them? We sit around whining and doing absolutely nothing when we can be taking chances and doing something worthwhile. It’s frightening and absolutely disgusting.

So, while you all continue to whine and cry about how unfair life is, I’m going to go chase my dreams, take some chances and prove to myself that I’m the furthest thing from being gutless. The last thing we need is another adjective to describe how terrible our generation is.

Grow some cojones and let’s show the world that we’re not the gutless generation people are making us out to be.