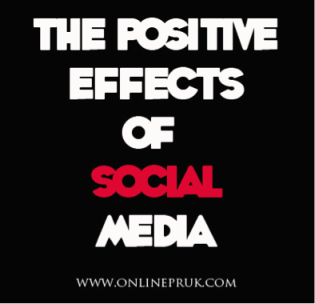 I never like to speak or write about my personal life. I always found it to be uncomfortable and unnecessary. But recently, I’ve had a change of heart. This particular topic is something that I felt like I had to share because of the major impact it’s had on my life.

In the spring of 2014, I interviewed Melissa McCormick for a media class about how she tragically lost all of her teeth through a severe illness she contracted when she was in high school. Through a Facebook page, she was able to raise awareness of her condition and share a funding website that would help her raise money to get a new set of pearly whites.

With the help of her friends and family, her Facebook and funding page spread through social media like wildfire. Everyone was hearing about McCormick’s tragic story, and wanted to help. On April 4, 2014, she received a call from a dentist that heard about her story and was willing to do the surgery with the money she already raised.

On September 5, 2014, McCormick finally got the surgery she had been waiting for. Because of social media, she was able to get her teeth back.

And, because of social media, I was able to get my mom back.

It’s no secret my mom is sick. In 1997, she was diagnosed with Multiple Sclerosis, an autoimmune disease that affects the brain and spinal cord. No one knew the outcome of this disease, or how bad it would get. Eventually, the disease finally caught up to her, and she lost the ability to walk without assistance.

As a family, it was difficult to deal with the disease. In a way, it ruined our lives. My sister and I never could do mother-daughter things with her, and my dad had to work twice as hard to pay bills. For a while, we all thought this was going to be the way we had to live forever; by constantly seeing her suffer.

This past summer, my dad came across a company called Bioness, who offer medical devices to people who have drop foot due to diseases like MS, Cerebral Palsy and spinal cord injuries. These devices use Functional Electrical Stimulation (FES) to help people regain mobility. During a free trial run session at New York University on July 16, 2014, my mom was able to walk without any assistance for the first time in 6 years.

Medical insurance wouldn’t cover the costs, so we were left to pay $11,000 by ourselves. As heartbreaking as that was, we took to social media. Just like McCormick, we created a funding and Facebook page to spread awareness and receive some donations.

Within a matter of days of creating the pages, we received an outpouring amount of donations. By the end of the first day, we already had $3,000 and throughout the summer, that number continued to grow. On August 27, 2014, her 53rd birthday, we were able to go to New York University as a family, where my sister and I saw her take her first steps with the new device.

Needless to say, watching her walk with the device on made me bawl like a baby.

We’ve still got a long way to go, but she goes to physical therapy twice a week, and she’s getting stronger every single day. Without social media, or the wonderful people who were constantly donating and sharing our page, my mom wouldn’t have been able to get that device.

Social media gave my mom and the rest of my family a happier life.

People are always going to have something negative to say about social media, that’s inevitable. We will always have hackers who screw up our twitter page, steal our identity and get away with it. There are positives and negatives to everything, especially when it comes to this.

Lately, social media has received a lot of negative attention, and I felt the need to change that with this blog post. We constantly see all the negative things social media can do, but do we stop to realize how much good it can do, if used properly?

We can’t say social media hasn’t done any good. Whether it’s reuniting two people who haven’t seen each other in a long time, or rallying around a cause to help others in need, social media has a positive and beneficial aspect on all of our lives.

I can’t thank those enough who took the time to donate or spread the word to help my mom get the Bioness device. It’s amazing how powerful a share button on Facebook or Twitter can really be.