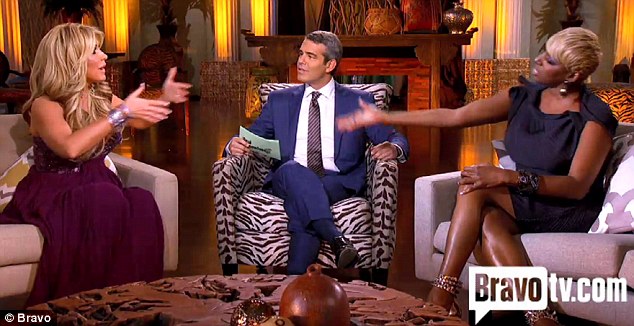 Working two jobs and going to school full time is a challenge in itself, doesn’t leave me with much down time. The fact that I’m 26 and still live with my parents who continuously refuse to put a cable box in my room doesn’t help either. On average, I’d bet that I have about two to three hours a week of time with my television. This may vary as to whether or not my roomies walk in and demand the remote to watch Jeopardy or some other bullshit show that either requires or results in deep thought.

On that rare occasion that I’m home alone, I treasure the moment where I can camp out on the couch. I don’t have HBO or Netflix, no DVR or On Demand.  I have to watch whatever is on at the time and I’m OK with it. That’s the old school way of watching the tube.

First choice of channel is without a doubt the Bravo network, I will watch about 90% of their broadcasting whether it is their own shows, syndicated shows or movies. I’m usually looking for specific shows that I can zone out to but still follow along because some of the programming is absolutely mindless, I have no shame in saying The Real Housewives series is one of my favorite shows ever. These women are supposed to be giving an inside look at how the better half lives, some of them are mean and some are nice, then there are some that are unhinged. All are entertaining, especially when the show requires them all to gather in social setting where shit usually hits the fan.

I’m a little frustrated with myself sometimes that I watch Keeping Up with the Kardashians. The entire clan has become famous off of a sex tape starring their sister and a money hungry mother who would sell her soul to the paparazzi. The only one who has any right to be famous is their stepfather Bruce, the gold medal winning Olympian. His net worth more than triples that of anyone in the family yet, season after season I watch this man get neglected and bossed around on a weekly basis. These women are the masters of distraction with their clothing lines and endless promotions. On the totem pole of celebrity status they count in the lower half yet they are able to act as though they are the  Audrey Hepburns of the tabloids.

Mobwives on VH1 is another favorite, the title of the show should explain why.

If these networks are not airing anything that is to my liking, I have backup channels such as Comedy Central and Cartoon Network. The Discovery channel programming is pretty solid along with TBS and FX, I’m always up for a rerun of Saved by the Bell at 8 am.

I know I should watch something of intelligence, something that has meaning, that would leave me thinking, pondering and wanting to learn more. It’s just that after a waitressing shift or especially after a 13 hour bartending shift, you’re tired but you can’t fall asleep. You can try but you are completely wired, all the stress and craziness of the evening is swirling around your head not allowing you to get a good rest before your next shift. Watch an episode of Vanderpump Rules, you’ll be asleep in no time.

I watch mindless television for many reasons, but mainly because I love it. It’s my distraction. I get to watch these people on another level and take inside looks into their lives and on occasion, watch them make fools of themselves on a national scale. My major is TV & Radio Production and it is a dream of mine to do camera work or editing for a show on the Bravo network.

One day I will escape the bar business and be a part of the nonsense that is reality television.