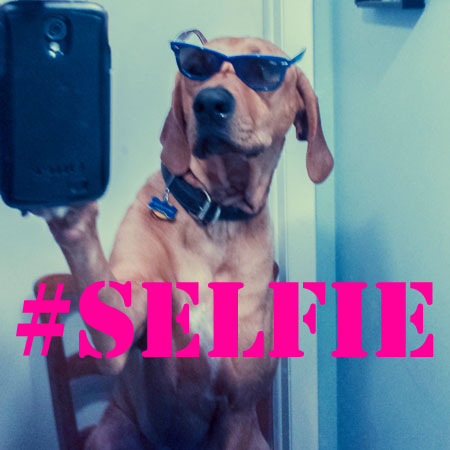 The selfie! Starting off as a “come see how good I look” revolution, it is becoming an epidemic. They plague every type of social media. In an effort to appear natural, selfie-takers put more effort into taking their own photo than they do with most things in life. From every kind of angle to different lighting choices, all are critical factors that contribute to a successful selfie.

Do you look tan? No double chin! Make up looking good? Hair just right? You know you won’t post it until you’re happy with it… so other people can ‘like’ it.

There is now even a song about selfies. Call me old fashioned but when I heard that on the radio, my hand hit my forehead in dismay for so many reasons. First off, I knew that this is most likely a very popular song (I won’t lie, it is catchy) and it will probably have a lasting impact despite the fact that it is headed for one hit wonder alley. Is this what music is coming to? The lyrics are spot on I must admit.

The selfie has always been around, just not in everyone’s face – so to speak. The new technology installed in smart phones now flipping the camera’s eye to focus on whoever can jam their head into the screen is a bewilderment to the innocent and elderly while being a heaven sent to the young and vain.

What qualifies as a selfie? Some may say it requires some kind of fishy looking kissy face. Others may say a simple lip pout or distraction of the eyes is all you need. Whatever your pose may be, it is probably not natural looking and there’s probably about ten-15 shots on your phone so you’ll be able to choose the right one, and insta it!

There are even new phone accessories being made to aid you in taking your selfie, such as a remote shutter that is attached to your phone allowing you to take the photo from a further distance.

How did people survive in the 90’s? Remember the old fashioned way of snapping a candid with an actual camera that required changing the film that only held twenty something photos? Anybody remember disposable cameras? Turning the camera around with your wrist all awkward probably not even capturing yourself or others in the shot. The good ole days.

I’m no saint. If you own any kind of smart phone, you are guilty of a selfie whether you admit it or not. For comical purposes or maybe you were just checking for boogers, regardless, you took a selfie.

The selfie is not just a modern day convenience/obsession, it is ruining the nature of the action shot or candid moment. In a way the selfie is ruining photography, and life. With the amount of people addicted to their cell phones and social media, it is a wonder to me why people even leave their houses. Bar and restaurants are filled with people checking into them on Facebook and then taking photos of being there, while spending the rest of the time altering the filter on the photo to make it postable.

Its hard to watch a place filled with people be glued to their cell phones only taking breaks to take small group selfies. Great! You now have a memory of that time you were all out that night and nothing really happened. Good times.

Another thing that really grinds my gears is when you are taking a photo, why must you insist on taking it yourself if you are in a public place? What happened to the common understanding of asking a passer by to stop and snap a shot of you and your buds? If you are in a public place and need a memory of whatever you’re doing with whomever you’re doing it with, there is usually other people around to take the photo for you. If you can see yourself while your own photo, chances it are it will look anything but natural.

Next time you go out with friends, put the phone in your bag or pocket and have a good time. If the need for making a memory arises, have someone else take the photo. You may end up looking better than you expected, like you were having fun.