Why Am I So Lazy? 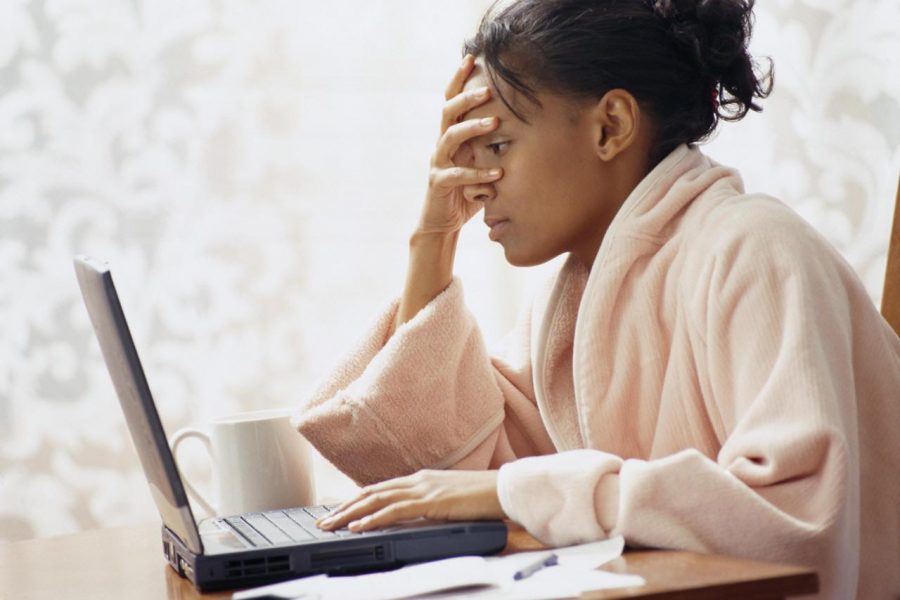 If this is senioritis, then I have the full blown disease.

I have never witnessed such a stressful semester like this, since the beginning of my college career. I was so excited to start this fall semester, because I was used to my professor who I would have for three courses and I knew what to expect from him.

I knew the work would be great, but I had no idea it would be so challenging. He took me for a surprise, the every first day of class.

I think, this is what started my laziness.

I take my work seriously and I always make it a certainty to have everything done on time. It has always been said, that if you do something for at least six months, then it will become a habit.

Whoever said that, has lied.

For well over six months, I have developed a habit of becoming a perfectionist at everything I did. My school work was no exception because it was the most important task on my list.

Perfectionism, which is a personality trait characterized by a person’s striving for flawlessness and setting excessively high performance standards, accompanied by overly critical self-evaluations, have led to my demise.

After months of attempting to be great, my brain went into overload and completely shut down.

Therefore, my laziness is not about me lacking ambition but it is due to me being too hard on myself.

The mind is so complex and had to give itself a break, before I completely lost control of it. However, my school work is suffering.

I’ve always wondered why people gave up, when they were so close to accomplishing a goal or reaching the top of a mountain which defined their success.

I believe it’s because they were too hard on themselves. The fear of failure drives people to be successful but it is always what kills them in the end.

Failure is a part of life and it is a part of any process of becoming great. Failure does not have to be the end but it can be the beginning to something even more extraordinary. When one falls, the courage to get up gives them new ideas and new tactics of how to not make the same mistake again and also how to be gentle to themselves.

I am a failure at failure.

Though, I have experienced it many times, I have not become comfortable with the idea of not getting something right the first time.

The society that we live in, focuses on winners and being number 1.

“You must be number 1 at everything you do, because being number 2 means that you’re just the first loser”

Who wants to be a loser?

The idea of being number 1, has been a part of my psyche, since I was in Kindergarten.

So it is safe to say, that I am mentally drained of trying to be this number 1 and since number 2 will never be good enough, I have just given up.

Being judged by  standards that are flawed and fickle with their idea of winning, makes one lazy.

Well it has made me lazy.

A recharge is necessary.