How I feel about #FERGUSON 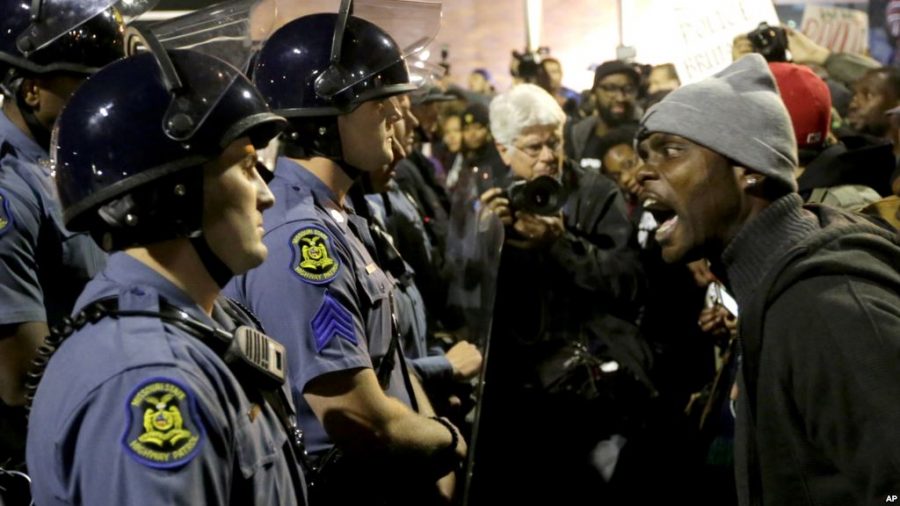 This is much bigger than Mike Brown and Darren Wilson.

When the verdict was reached, I must say that I was not surprised about Darren Wilson not being indicted because that is the justice system I have come to know.  Mike Brown’s murder hit home for me, because of my skin color and mainly because I have two black brothers. Mike Brown could have been my brother, and that is my reality.  He may have been a “thug” or a “thief,” but why did he have to be murdered?

They tell us to “dress well, get an education, speak properly, and to present ourselves  in a way where everyone feels safe and comfortable around us ” just so that we can avoid being harassed and wrongly accused.

… But why is it only this race, and this skin color of mine, which has to abide by these rules so that we won’t get shot or killed by police, followed in stores and seen as threats?

Why is the black race only valuable when we are “educated?”

This mentality disgusts me, because a life no matter what color or status in society one is, life should be valued,  because it’s a life and no one has the right to take it away.

The responses to the Mike Brown case was heart breaking to watch and stirred up anger within me  that I haven’t felt in a long time. Social media opened up my eyes to the way how people really felt about blacks in general, and about how black people felt about each other. Everyone kept bringing up the facts but missed the entire point.

The point was and still is: Black lives never mattered.

The justice system showed everyone how to kill a black man in 2014 and how to get away with it.

This is not new. This is a part of our history in America and our reality as black people in the United States.

We were dragged here against our will in slave ships, and were not considered human.
We were taught to hate everything about ourselves and taught that we were inferior.
We were lynched, burned, castrated, and mutilated for fun, and put on post cards.
We are guilty before proven innocent.
We are surrounded by trigger happy cops, who are so quick to kill us without reason, and they will always get away with it.
They treat us like terrorists when we protest and are ready to shoot us down with machine guns.
We are called thugs and animals when we get angry about our injustice.
The KKK still exists and Darren Wilson is free.
We are told to just get over it.

I have felt that I have been naive for sometime about my reality in the United States but something has suddenly awoken within me.

I don’t truly believe that this country cares about the well being of black men. They have been cutting them down ever since.

Instead of police being held accountable and held to a higher standard, when incidents like the murder of Mike Brown happens, we are told that, it is our fault.

The former Mayor of New York City, Rudy Giuliani,  has said  in response to the Mike Brown case and riots in Ferguson,  that “black people are a threat to each other , because of the black on black crime and that we should be paying more attention to that, rather than what’s going on in Ferguson, Missouri.”

Not only did he put his foot in his mouth, but he managed to miss the point as well.

Black on black crime will always exist, just like white on white crime and any other crime because people with ill intentions will always be around.

My heart hurts for more reason than one, because of the ignorance , the injustice, and the reality that this will happen again, and it could be someone that I know.