What Do You Meme?! 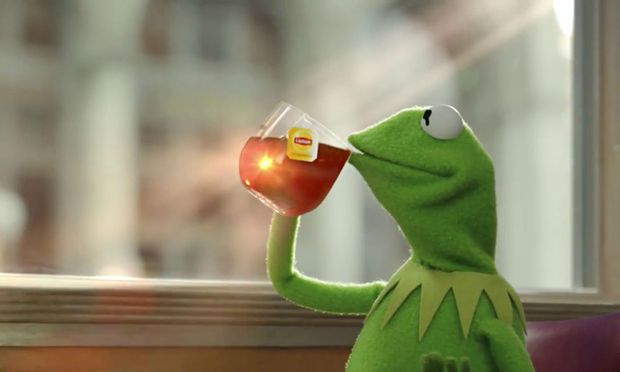 Imagine walking out the house in questionable clothing or finding yourself in an awkward position in a public space. Making a bold statement of love or declaration of what you believe, which have you in the most vulnerable state possible, does not guarantee respect. You pull out your smart phone to check a social media site because it is the second closest thing to breathing, and you suddenly see a picture of yourself all over this social media platform. You are confused of how it got there and the amount of time it took for it to be made. You have now become the butt of every joke and there is nothing you can do about it. The entire world is laughing at you; you have now turned into an internet meme.

An internet meme is a humorous image, video, and piece of text that is copied with slight variations and then spread rapidly by internet users.

Memes have been around for quite some time and the word itself was coined by British evolutionary biologist Richard Dawkins in 1976. Dawkins concept of a meme explained the spread of ideas and cultural Phenomena. These ideas included, catch phrases and fashion. These types of memes would be seen hanging as posters on the streets.

The internet meme has recently become widely popular since the creation of social media app and website, Instagram.

Instagram was created to be a photo sharing app, where users share photos of their everyday life and adventures, which have now become the breeding ground for memes.

Creators of internet memes usually stay anonymous and no one can really take credit for the shared photo. If no credit can be made, then no one can be at fault and suffer consequences from the offended party.

Social Media enthusiast, Sean Rowe is one of many of the anonymous meme makers. It is not certain how many he has made but he expresses his joy for it.

“It gives me a thrill, when I create an internet meme and see it spread like wildfire”

Sean normally share his creations with his friends and most times, they do not stay within those confines.

“Memes are a tactful way of expressing a point, but not everyone has the gift of creating one. It could also be used therapeutically,” says Sean

No one is safe from becoming an internet meme and there seems to be a secret society of internet meme creators, whose lives revolves around other people in anticipation of a slip up. However, being a meme creator is not that complex. One must always be aware of its surroundings and be ready to action when interesting things seem to take place.

Internet memes became so widely popular, because they are seen as an inside joke that a large number of internet users are in on. Memes have an interesting way of connecting internet users from across the globe. Creators of an internet meme, usually thinks what everyone else is thinking, and are able to deliver for those, that may not know how to express it. The uniqueness of internet memes is that they are spread by will and not predetermined at how many will receive access to it. Internet memes may only last for a day or two until a next trending topic surfaces. Creators of an internet meme, do not dwell on the past for two long, because most internet users are up to date and are waiting for the next meme to give them a laugh.

Internet memes have found their way into the business world.

According to internet website WackyOwl, Public relations, advertising, and marketing professionals, have embraced internet memes as a form of viral marketing to create “buzz” for their product or service. Internet memes are looked upon as cost effective and are used to create an image that is of cleverness and trendiness.

All internet memes, have their own unique story and why it was made. Internet users may see memes and not understand its origin and therefore having a spark of interest, in the actual story. The mysteriousness is what keeps them popular.

Web developer and founder of Techanalyzer.net, Tristan Thomas believes that memes are generally created as a way to respond to people without using typed words. They are usually generated as a response to a picture that gets changed into a cartoon format. Although, many others exist these are the general ones.

“Some of the more popular memes are real world pictures of people doing things that everyone except the person in the meme who is being made fun of thinks is funny” says Tristan.

Tristan was referring to singer and Performer, Beyoncé Knowles “this is not even my final form” meme which shows the singer in an awkward position and distorted facial expressions, while performing.  Beyoncé, desperately tried to have the images removed from the internet.

“I think internet memes are here to stay because they just make sense, and the mysteriousness of it is gravitating”