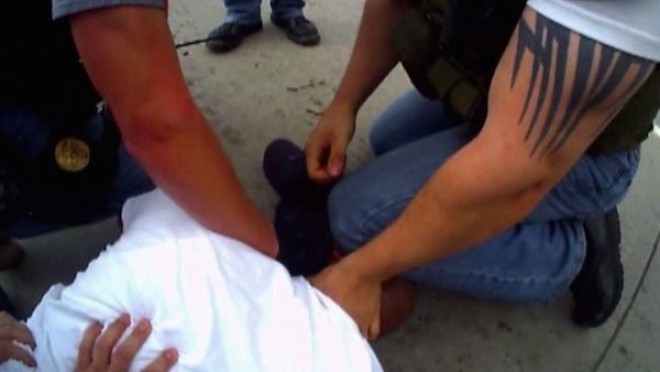 It was just a few months ago that we were chanting  that “we can’t breathe” in response to Eric Garner’s fight for his life while being tackled by police officers of the NYPD in Staten Island. Before that we were raising our hands up saying “Hands Up, Don’t Shoot” in response to Mike Brown being shot and killed by a police officer. A few years ago, when we walked around in black hoodies saying “We Are Trayvon Martin” in response to him being shot and murdered by a neighborhood patrol, who took the law into his own hands.

There have been countless incidents that are similar, but these have gained national attention. We were crying out for help because the country that we live in were killing our brothers, our fathers, our cousins, and our friends. It seemed as though there was this unannounced open season on black men and boys because their lives were considered “irrelevant.” Every time a black man was shot and killed, he was always unarmed but painted as a thug, and there was always some reasonable explanation as to why his life had to be taken.

In 2012, James Eagan shot into the audience during the Batman screening at a movie theater in Colorado, killing 12 people and injuring 70 others. This was the deadliest shooting in Colorado since the Columbine High School massacre in 1999. Although armed and very dangerous, nothing physical was done to Eagan. He was arrested and then pleaded guilty by reason of insanity and was not portrayed as a thug or monster. This society can be biased when it comes to dealing with different races. I know that I am not wrong because it is very apparent.

Now once again there is another police shooting to make national headlines.

I’m not too sure as to why Eric Harris ran away from the deputies who stopped him for a broken tail light, but I still don’t understand why police officers are so quick to pull out a gun on unarmed men.

Seventy three year-old insurance executive Robert Bates was a volunteer police officer and said he mistakenly pulled out his hand gun, thinking it was a stun gun, to stop Eric Harris, a 44 year-old black male, from running away from him. From the moment I saw Bates age and that he was a volunteer officer, I became extremely disturbed, because why is okay for a volunteer officer to carry a fire arm and why is it okay for a 73 year old man to volunteer? I’m not being prejudiced against one’s age, but I think this would concern anyone. It is said that having volunteer officers is completely normal within the United States, but they receive less training than regular officers. I have a huge problem with that. How can a police department be so irresponsible to trust anyone without proper training with a firearm and trust that they would know the difference between a firearm and a stun gun?

As Eric Harris was bleeding out from his gun wounds and struggling with police, he yelled, “He shot me! Oh my God!” the deputy replied, “you (expletive) ran! Shut the (expletive) up!”

Harris began saying that he couldn’t breathe, and he was losing his breath. The deputy replied “F*** your breath.”

Minutes later, Eric Harris died on the street without being taken to a hospital.

I’m getting weary of hearing these stories each month or every couple of months because it always ends the same way. The deputy telling Harris to “F*** your breath” made it very clear that they will play God whenever they feel necessary. Just like the other incidents, every last one of those victims could have been saved, but yet they were left to die because their lives are considered invaluable. It is safe to say that my hope is lost with the officers that are supposed to protect and serve.