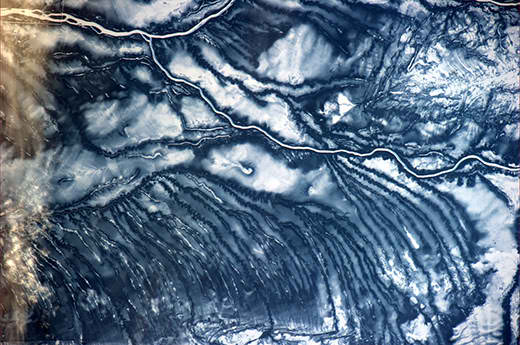 You call it global climate change, I call it an indian summer. Regardless, the Arctic is changing and not in a good way. And either way, I hope you’ve been enjoying your days.

Unusually high air and water temperatures this November have caused sea ice to fall behind the norm level. Sea ice has ended for the month at a record low. However, the concern isn’t just the extent of sea ice but also the thickness of it.

The global climate is the overall temperature of the entire planet. The reason it’s so alarming is because it’s very likely human induced and proceeding at an unprecedented rate in the past 1,300 years, according to NASA Global Climate Change. The evidence or side effects per say, of this cause is a higher sea level, higher global temperature, warming oceans, glacial retreat, ocean acidification and shrinking ice sheets.

November is the seventh month in 2016 to hit a record low ice extent, fallin 3.2 standard deviations, falling unusually far below the average. November’s ice extent was even more unusually below when the Arctic sea hit an all-time record low in September 2012.

According to data released by the National Snow and Ice Data Center (NSIDC) in Boulder, Colorado, “Sea ice extent averaged 3.51 million square miles for the month, which was 753,000 square miles below the 1981-2010 average for the period”.

The section of ice no longer present can be accounted for as the size of Mexico. It can also be portrayed as a segment the size of Texas, California, Montana and New Mexico combined.

Mark Serreze, NSIDC director said “It looks like a triple whammy—a warm ocean, a warm atmosphere, and a wind pattern all working against the ice in the Arctic,” in a statement.

At the time when sea ice should be increasing, it actually decreased. The decline was the cause of 19,300 square miles of sea ice that disappeared north of Norway, Finland and eastern Russia. This unprecedented decrease in ice extent is nearly the only depletion since satellite records began in 1979 and the last one since a smaller ebb that occurred in 2013.

This negative activity is alarming to wildlife and climate experts and researchers.

The loss of extent decreases the reflective attribute of sea ice, warming up the dark sea easier by exposure, thus further amplifying the extent to which the ice is melted. Sea levels are increasing creating bigger waves increasing the risk of floods and water damage in local areas.

Suggested in a new study, the sixth mass extinction of animal life in the Earth’s history could take place in as little as 50 years. Nearly half of the species on the planet are blundering at adjusting to a world that is experiencing global warming.

Professor John Wiens, editor of the Quarterly Review of Biology and a winner of the American Society of Naturalists’ Presidential Award, discovered that 47 percent of nearly 1,000 species had suffered local extinctions in association with climate change.

Species can’t seem to conform quick enough to the rapid changes in their environment.

Rising arctic temperatures are also thawing the frozen ground of the arctic, called permafrost. By melting the carbon heavy permafrost, carbon dioxide and methane are released, adding to greenhouse gases that currently exist in the atmosphere.

The melting sea ice also has a captivating hold on winter weather. With a rising temperature in lower altitudes, consequentially, the temperature and pressure of the northern hemisphere is altering.

Last November, a climate summit took place in Paris, hosting leaders from all over the globe. As a result, 195 countries signed an agreement to reduce carbon emissions. 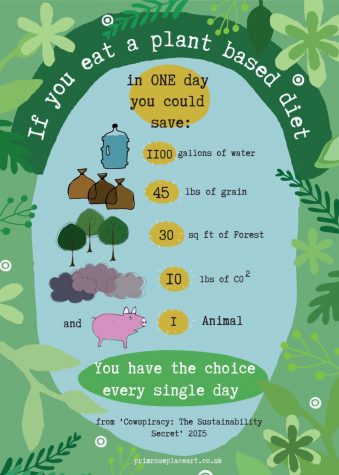 There are basic ways that one can reduce their carbon footprint, since change starts local.

Eating all of the food you buy, and consuming meat less will cut down on energy consumption. According to NRDC.org, “Approximately 10 percent of U.S. energy use goes into growing, processing, packaging, and shipping food—about 40 percent of which just winds up in the landfill.” Livestock are also among the most resource intensive produce so eating meat free, or just less can make a difference. Second, is maintaining tire pressure. A simple check in and tune up could easily boost mpg. Along those lines is rethinking transportation, carpooling when available and switching to eco friendly alternatives. There are a plethora of ways to up the game in the fight against climate change, so go barefoot and get the conversation started.