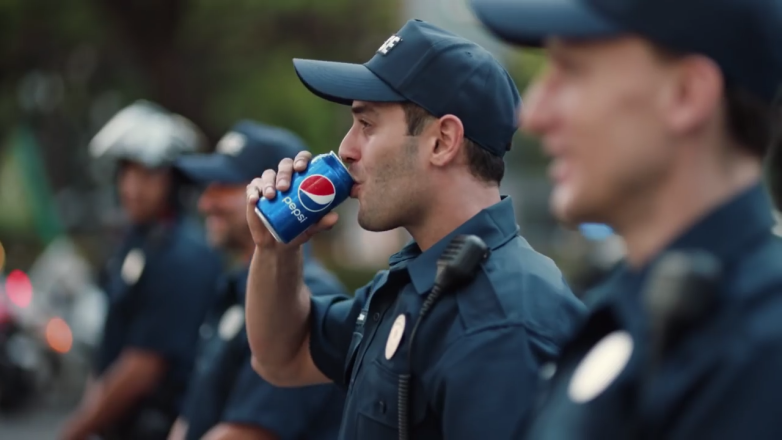 On April 5, PepsiCo pulled down a two and half minute advertisement titled “Jump In” that featured model Kendall Jenner.

The ad only lasted one day.

This advertisement didn’t mean any harm. The themes that are weaved throughout the two or so minutes spread a message of unity, love and common peace. Of course it is a commercial, and maybe it isn’t what current day protests look like, but it is a vision of what they should be. And sure there were others that liked it, or didn’t.

For those of you who blinked and missed it, the commercial consists of what appears to be protest, with people holding placards with painted peace symbols and the words such as “Peace,” “Love” and “Join the conversation.”

Jenner is first seen posing in a blonde bob wig, when she sees the marchers pacing down the street. A man that is playing a classical music instrument, and peeks out of his apartment window to see the generic march.  A female photographer in a hijab is also seen leaving her work station, and joining the sea of individuals outside her shop or office.

The gathering contains people playing musical instruments and street dancing, causing a live feel for the food and beverage company. Jenner proceeds to give a police officer a can of Pepsi, and the crowd cheers.

Pepsi received negative criticism after the ad was posted. Commentators took to social media to accuse Pepsi of appropriating imagery from serious protests and using them in an almost disingenuous, positive light to sell their product. Such is below.

Pepsi tweeted from their official twitter account to reconcile the situation, “Pepsi was trying to project a global message of unity, peace and understanding. Clearly we missed the mark, and we apologize. We did not intend to make light of any serious issue. We are removing the content and halting any further rollout. We also apologize for putting Kendall Jenner in this position.” 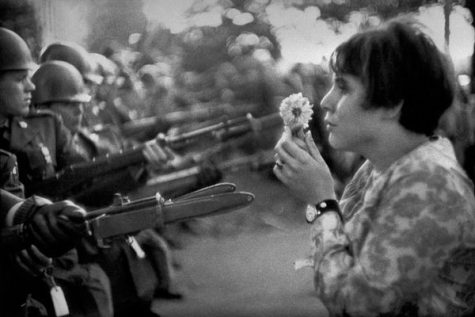 Bjorn Charpentier, the director of photography for that specific ad, claims that he drew influence from a famous 1967 photo from a Vietnam War demonstration. In the picture, a woman is holding up a sunflower in front of a brigade of police officers. On the same note, it was big brands that helped end the Vietnam War.

Photos of peace activists handing flowers to riot police were among the most iconic images of the 1960s, and became a common theme of demonstrations. Underlying all protests, there is a cool factor. To be cool while also avoiding being offensive has made it impossible for large companies and brands to not be progressive. Not demonstrating progressive values is seen as unusual or surprising. For a company to stay on the good side, they have to join the movement (whatever that is) but in a way that would be diluted, to please everyone. This is becoming seemingly difficult.

Pepsi defended the advertisement on Tuesday night as “a global ad that reflects people from different walks of life coming together in a spirit of harmony, and we think that’s an important message to convey.”

The ad was struck down and labeled as tone-deaf and insensitive, misappropriating various movements including the popular, Black Lives Matter. It also mercilessly became the center of many memes. 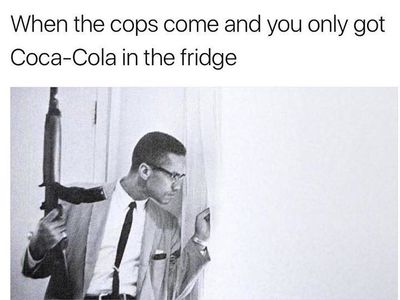 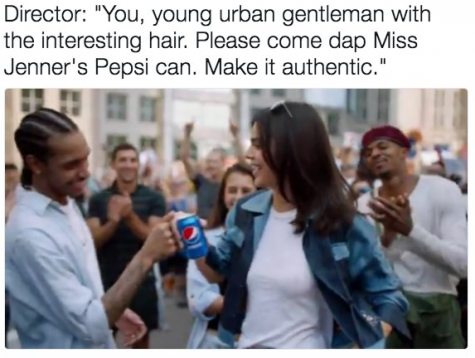 Current activists would say it’s quite the opposite of a real life rally or experience of protesting. Pepsi has been charged by the public of appropriating imagery from serious protests to sell their product. Capitalism, an idea that intimidates and aggravates the minds of young people and millennials.

If you think they are making the assertion that if you bring Pepsi to a protest the problem will be solved, then you were wrong.

Within 48 hours, the video got nearly 1.6 million views on Youtube and got Pepsi hell of a lot of publicity. Pepsi created an image for themselves with peaceful, young, vibrant individuals in a Canadian suit made of different toned denim. They’re not trying to make it relatable. This is a perfect ad, as evidenced by the fact that this ad has appeared in many discussions, playing right into Pepsi’s hand.

Should you not be nice to police officers? Is this where the ultimate problem lies? Are protesters upset because let’s say if this commercial is supposed to be portraying them, it’s not doing it in an accurate manner, how they would want?

Whatever this specific ad was based off, if you collectively look at PepsiCo ads and their types of advertisements, this one seamlessly fits into their image of living in the moment. This ad clearly represented various groups of people embracing a moment, to live life “unbounded, unfiltered and uninhibited”.

They are encouraging peace and love, which is a beautiful thing, and the people who are offended by the ones who are bringing hate into the picture.