Breaking Up With Your Best Friend 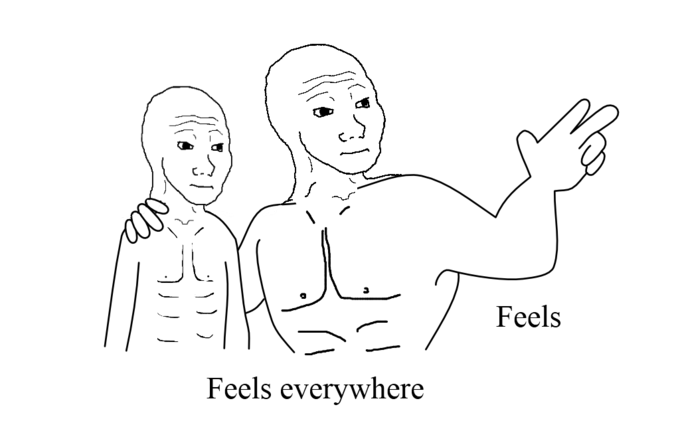 I’m afraid I have to break up with my best friend. Calling him my best friend at this point lacks the scale of which our relationship has soared in the decade I’ve known him. He is easily the JD to my Turk, the James Franco to my Seth Rogan – but unfortunately I’m beginning to think we’re growing apart.

I met my best friend at the age of 13 in Wilmington, NC. I was very new to the area, after coming from New York and being ripped away from the only life I knew. The single piece of my identity that remained intact was my love for all things nerdy. Unfortunately, my being new to town coupled with my hobbies made me a constant target at school, leaving me to “prove myself” every other week so other classmates I didn’t even like could accept me.

One of the kids in my class, who was into the same things that I was, told me every Saturday morning a bookstore called Books-a-Million hosted sessions of our favorite card game “Yu-Gi-Oh!”

That Saturday we went and enjoyed ourselves with an unparalleled joy I would come to take for granted for years and years to come. Amongst the combination of pre-teen angst and high fructose corn syrup, I met the guy who would eventually become my best friend. He was new to town as well, and all he wanted to do was play a game against me. However, my classmate’s mother had arrived to pick us up, leaving me no choice but to ditch him without a second thought as he rushed to get his cards.

It took me until now to realize how similar the beginning to our relationship is to its end.

The next Saturday at Books-A-Million, I saw him again. Needless to say, we got along together swimmingly. For the next couple of years we would carpool every weekend to the bookstore, watch cartoons at each other’s house and yammer on the phone about things that couldn’t matter any less. We comfortably had conversations about topics you’d only ponder to yourself when no one is around.

It wasn’t until we were both around the age of 17 that I considered him my best friend. At this point we conversed in only TV and movie references, our family had met each other and were on first name bases. I didn’t believe we could get any closer as friends, until my mother married my abusive stepfather. Before the blossom of their lovely relationship, my brother and grandmother went back to live in New York, leaving my mother and me alone to our own devices. When the two finally got together, it didn’t take long before my mother forbade me from telling my family of the things going on in my home, yet alone any responsible adult at school. The only person who had any idea of the horror happening within my home was my best friend. He saw little, but was informed of a lot, making the situation easier when things finally came to a head with my stepfather and me.

During the aftermath, my best friend and his family took me into their home when I had nowhere else to go. He was there for me during my bouts of depression and self-loathing with unconditional love and guidance; in the end, he made me a better person because of it. His mother and grandma would drive me to school every day and let me live under their roof rent-free. The familiarity we’d gained reminded me of the days where it felt like my life was whole and my family was together.

Soon after I found myself living in New York once again, sucked out of a life I’d lead due to the actions of my mother. It caused my best friend and me to have a long distance friendship. In the beginning, there wasn’t a soul I conversed with outside of my family, clerks from the bodega on the corner of my street, and my best friend over Xbox Live. It helped the loneliness I’d felt being back in a state I once called home; being away for so long felt like I was starting another life all over again.

In 2012, my friend developed spinal problems. The cause of it is still very unclear, but it has nonetheless left him a shell of his former self. The disks protruding from his back leave him in immense pain and on occasion leaves him bound to a cain, some days even a wheelchair. The spinal surgeries that he’s had done have been ineffective and in my opinion, has made his situation even worse. Doctors give him prescription pills to dull his pain. The combination of pills leave him in an intoxicated state; he rambles, slurs, is incoherent, and tags people in very depressing and exposing posts online. He’s become suicidal.

I’ve been with my best friend every step of the way. I’ve talked him through his suicidal thoughts, his fears, and have given him the encouragement he lacks from the very people who took me in. I’ve made trips to see him in North Carolina and vice-versa. For years I’ve been the one constant variable in the ever changing equation brought on by his illness to remain immutable in his life; until our friendship turned into dependence.

The consistency of his need for attention has begun to affect my life. His texts and Facebook tagging has become obsessive almost. He says it distracts him from the really painful days, and that’s fine. When we talk it’s never a happy subject. Sometimes he has days where the hurting becomes overbearing and he needs to vent, that’s fine also. But it’s draining as well.  It’s a real bummer, too. The worse part of is knowing that nothing you say will make the situation better. Sometimes I’ll become depressed for him, and carry his baggage along with mine. I never go to my best friend with my baggage, how could I with all he goes through? Even if I could, I don’t think he’d understand.

Mentally, his natural progression in life is in inertia. His health has robbed him of maturity, experience, and wisdom. His priorities aren’t in check. He still suffers from the selfishness and lack of empathy that teenagers go through. But I’ve been able to live a full life. I’ve changed as a person more times than I know since I lived down South. I’ve grown to dislike the person I used to be. My best friend was just like me.

We never really talk about me, either. I don’t think he knows much of what goes on in my life. He doesn’t even ask. Days that have been important to me, days where I’ve accomplished something, he gardens little to no response. It kind of hurts. But I could also understand maybe why he doesn’t ask; maybe he resents me for it.

I believe the final straw for me was when he was feeling suicidal recently. He was arguing with his mother, a usual confrontation that happens often. He’d also received some terrible news that same day. The mixture of his pills caused him to have a seizure and because of it, doctors say he may die before he’s 30. I ordered him to get a second opinion in New York, something my family and I have said to him numerous times in the past. I told him to collect every piece of cash he can and move away from his mother, something I’ve also told him many times before. Their relationship was always rocky, but given his illness it has become toxic and physical. My friend agreed; it was like he matured in that instance. It felt like my words didn’t fall on deft ears this time.

The next day he told me he is in love with a girl from his past and was going to move in with her and her baby. He’d collect unemployment and watch his girlfriend’s child while she went to work temp jobs. His girlfriend had just gotten out of an abusive relationship with who I assume is the father of her baby. I didn’t respond to his texts for weeks. I felt sick. What’s worse is when I finally gained the courage to approach him about it; he was more concerned if I remembered the girl than my thoughts on his decision.

Not too long ago, I explained my situation with him to another friend. He told me it sounds like I haven’t outgrown my best friend, but maybe I’m tired of feeling sorry for him, and that we need to have an honest talk. I sincerely hope that’s the case because despite everything I still care a great deal about him. In a perfect world. we remain very good friends, but in reality, I feel unworthy. A piece of me feels as if I’m abandoning a friend who was there for me when I needed him, who is now the one in need. But another piece of me can’t ignore the emptiness I feel when revisiting one of our esoteric jokes together. All it reminds me of is the once fulfilling friendship we both shared.