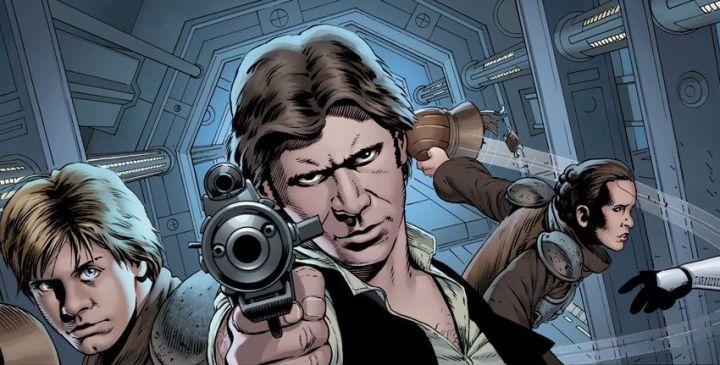 The Star Wars saga has returned to Marvel, dishing out canon storyline of our favorite heroes and villains from the original trilogy, helmed by acclaimed writer Jason Aaron and artist John Cassaday. The comics take place between Episode IV and V, leaving a lot of wiggle room to explore new aspects of Luke’s journey to becoming a Jedi and the beginning steps of Leia and Han’s relationship. It also allows fans of the mythos to enjoy Darth Vader once again solidifying himself as one of the greatest villains ever created; something the prequels of the saga had watered down. It is because of this and the above mentioned that the Star Wars comics have made the franchise a better place.

Let’s break it down.

The original trilogy is the cornerstone of pop culture. There is no franchise more referenced or quoted than the Star Wars series. Even if someone has never seen Star Wars, American culture dictates the basics of the story: Lightsabers, the Dark Side, Millennium Falcon, and of course the quote “Luke, I am your father.” The lore is so engrossed in pop culture that nothing about it is surprising. It’s almost like watching a movie that has already been spoiled by a friend, except in this case, the friend is the entire world.

These new comics insert a breath of fresh air into this already well known tale. Although because of its time placement, we can assume events like deaths and certain character developments won’t be manifesting itself, it allows the comic to play off of these assumptions, something the prequels failed to do efficiently. The art of foreshadowing and referencing future outcomes of the story already told in the films are executed masterfully by Aaron. His modern form of storytelling also displays the Rebel Alliance as more than a ragtag group of good doers as previously depicted, and closer to a Special Ops Resistance group, all conversing through ear pieces, all taking point at given locations, and following through with a well devised plan. Aaron somehow retains all of the fun we’re used to from the Star Wars franchise, but also delivers a bit of maturity to the story at the same time.

Colorist Laura Martin lends her talent of creating rich, vibrant textures to compliment Cassaday’s update of the galaxy far, far away. Not only does Cassaday perfectly capture the likeness of each character, but taking these iconic characters from simple retro-future set pieces into sprawling environments with contemporary architectural aesthetics gives the story a more clean, up-to-date feel.

The biggest addition to these new comics is the way Aaron has decided to use Darth Vader. Personally, the legendary villain lost a lot of his allure when his origin story was revealed in the prequels. You essentially have the Jesus Christ of the Star Wars universe lose his way to the Dark Side over the trails and temptations of puberty. Darth Maul came off as a better antagonist just in terms of his visceral animalistic nature than the so-called godfather of evil villains, but that’s just my opinion. Here in the comics, Vader has reclaimed all of his badassery, maneuvering and using The Force to a devastating potential fans always felt he could execute but have never canonically been able to behold.

The direction of the comic one could only hope is a small reflection of how Episode VII will conduct itself in terms of contemporary settings and mature modern day storytelling. Seeing the original characters at the zenith of their battle against the Imperial Army is great for any fan, but updating the visuals, scope, magnitude of political struggle, and abilities of a Jedi rejuvenates the franchise and sets a standard for things to come.