Alcohol Awareness Week alerting Mercy to attention about the alcohol 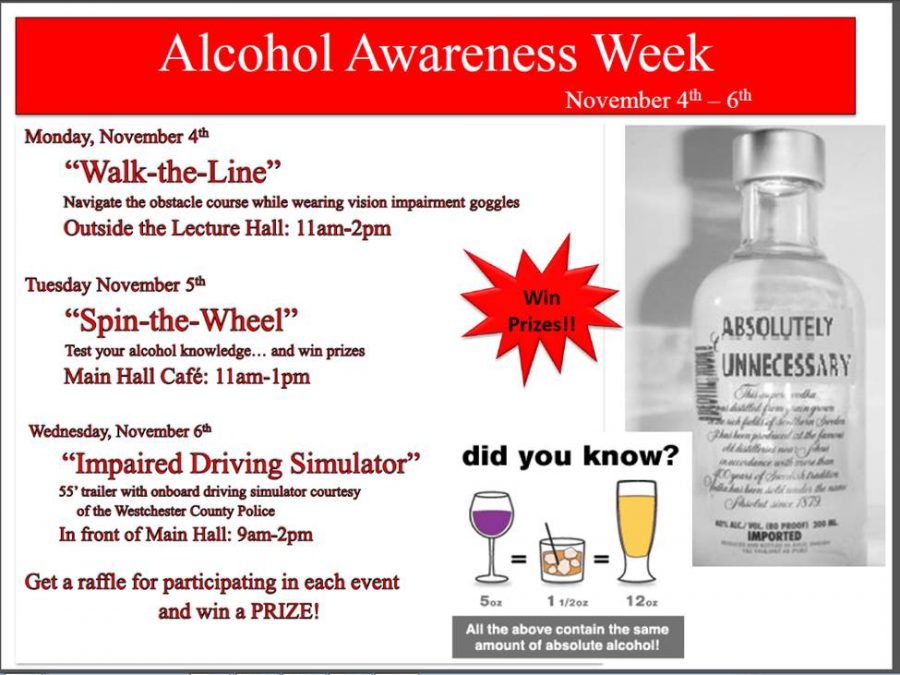 Alcohol awareness week was held from the Nov. 4 through Nov. 6 at Mercy College. During the three days, the event discussed three topics and raised desirable awareness and attention about alcohol by drawing many students to participate.

The first day of the event was a “Walk-the-Line,” used for students to navigates the obstacle course while wearing vision impairment goggles. Vision impairment goggles are googles that are used in order to prevent accidents resulted from alcohol. When a person wears these goggles, he or she can experience “being drunk.” The event attempted to have students walk along the line wearing the goggles and proceeded outside of the Lecture Hall.

“When I walked wearing the goggles, I saw two lines and felt dizzy. And also, I felt like that I was bumped into adjacent objects. As I get easily drunk, I think that I have to be careful when I drink,” stated Sophie Droll, who  participated in this event.

“I enjoyed running the week-long event. I am an advocate for alcohol awareness and feel it is important students understand the consequences associated with its use and the use of people around them,” said Monique DiNapoli, assistant director of PACT. 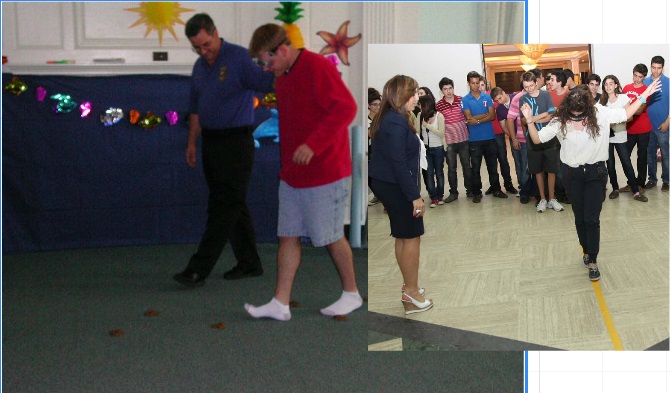 The second day of the event proceeded in Main Hall café was “Spin-the-wheel.” The event was for testing alcohol knowledge. Students drew darts toward the spinning wheel, and if they said the correct answer, they won the prizes such as a mini flashlight or bracelet. I took part in the event. I gave a question about degradation capability of the alcohol between women and men, but it was not easy to solve the question.

“I felt good when I participated in the activity because it was for a positive cause. This positive cause that I realized during the activity was the attainment of knowledge about alcohol use. It is through the spreading of awareness in which we can make positive decisions based on alcohol use,” stated Paul Nicholas Daka. 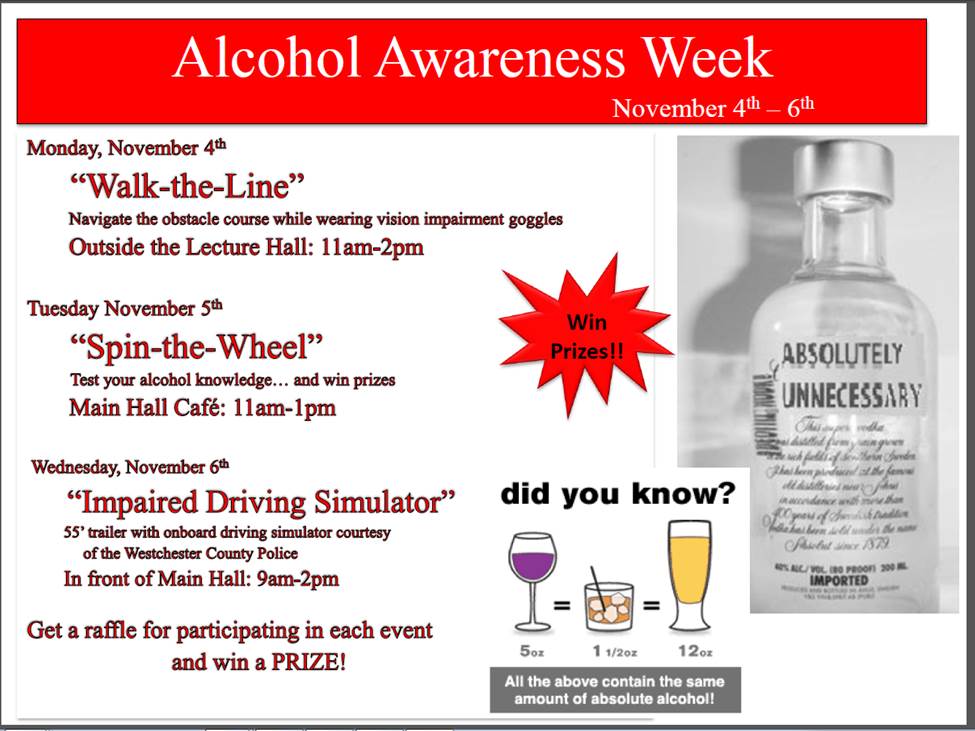 At the last day of the event, an impaired car was put In front of Main Hall in order to notify students about accidents due to drunk driving. The car, which was dented at the front bumper as well as having broken windows, was enough to let all Mercy students know how dangerous drunk driving is.

An Alcohol poster contest was also one of “alcohol awareness week” events. The topic of contest was “How has ALCOHOL negatively affected YOU?” Posters about alcohol and a number of notes were posted on the bulletin board at the middle stairs of Main Hall. There were some stories that one student who lost a friend because of drunk driving and other students who have alcoholic family members. 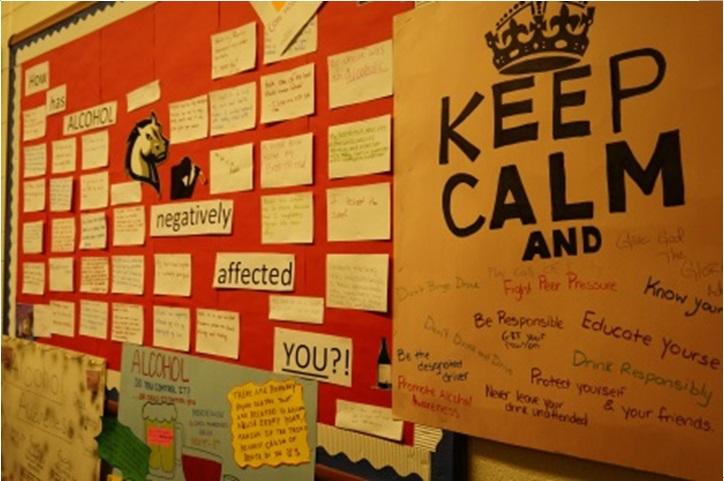 ”I was also glad students and staff had the opportunity to express how alcohol has affected them through an anonymous posting on our bulletin board. It really showed how many people are affected even in our small community here at Mercy,” stated DiNapoli.

In terms of the alcohol poster contest, there are two winners. They won a gift card to the bookstore.

While I covered Alcohol Awareness Week at Mercy, my university in Korea was overlapped the same program. Yonsei University has played a leading role in  awareness about a “campaign of campus without alcohol” as Mercy does. Whenever there events in my old school, all kind of alcohols are prohibited in order to make it a safe campus and sound culture in campus. Even though some students do not like this campaign for hindering true pleasures, in my opinion, that campaign has pursued a very desirable aim. As did the event for three days at Mercy – a campaign not only educate students about drunk driving, heavy drinking and alcoholism, but also, in terms of people’s relationships. Alcohol can make students not have proper conversations or communication each other. Of course, I acknowledge that alcohol can make people relieve tension between them and be closer too. But at no point should relationships among students be based solely on alcohol, because that is not a real relationship at all.