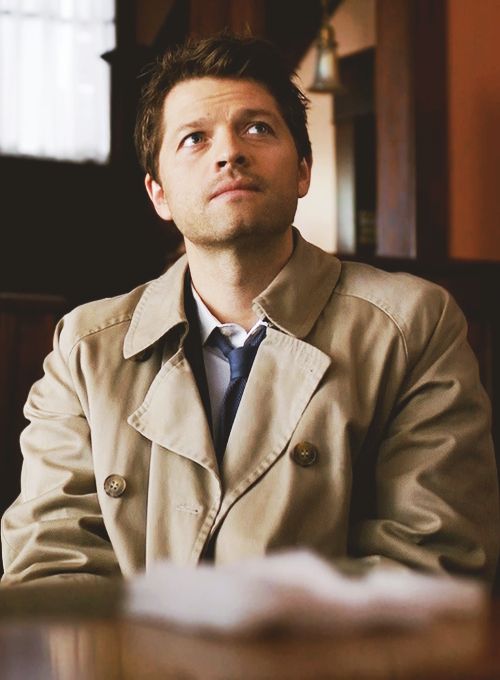 Have you ever gotten so emotionally invested in a television character?

I really, really love the show “Supernatural.” As the show is coming to an end, people are dying. If you haven’t seen the show, it’s a science fiction show where everyone dies. The main characters have each died hundreds of times (not an exaggeration). However, each time they have come back to life. Yes, I watch a super weird, or as some would say – super-natural show. Ha. See what I did there?

Since it’s the end of the show, what’s going to happen with the characters is pretty final. It is so incredibly devastating and I know there will not be a happy ending. No chick flick moments.

It has been teased that the main characters will die. Most fans know that, but we will still ball our eyes out when it happens. When something starts nearing its end, you expect sadness to ensue, but I guess you never truly know what will happen or how something will end. However, a fan favorite just died on “Supernatural,” and it was rough.

Technically he didn’t die, but he did. It’s a very complicated show. Also, it was very unexpected and very sudden in the episode. This was crazy to experience. I knew the character would die, but it was gut-wrenching to see it go down. I’m a self-proclaimed super fan and it feels like watching an old friend die. I know that sounds dramatic, but when you’re so emotionally invested in a show, that’s what it feels like. If you haven’t ever felt this way about a show or movie, you are really missing something.

I’m sure everyone has felt this way about a TV show or movie at one time or another. It’s crazy to experience and no matter how many times you rewatch, you still become emotional. Such a visceral reaction to watching a piece of fiction.

I think this is okay though. It makes sense, at least to me, to feel so strongly. The point about good art is to feel something; to become connected and interpret the piece. That’s what TV and movies are: art. It’s natural to feel such intense emotions.

Besides “Supernatural,” I have felt this way about a few other shows. “NCIS,” “SVU,” and “Glee.” All these shows have shaped me in some way and have been with me through the years. Especially a show like “SVU,” that I started watching when I was 7. When there were character deaths, it felt like I was losing an extended family member. Then on “NCIS,” I grew to love so many characters. Characters who had small roles and large ones. The small ones sometimes hurt more because you always expected to see them back for an episode or two through the years. Then there’s “Glee,” and that show was unique because not only did a character die, but so did the actor that played him while the show was still on. Though, when you watch the memorial episode you are grieving the character.

It’s crazy to think how much a fictional person can affect you and can send you through waves of emotion. I really enjoy that. That’s why I watch TV: to be moved and feel things. I love having another little family on my screens.

For “Supernatural,” I will be saying goodbye to both the show and characters, and it will be really sad, but the time has come. I’m sure others have been just as sad as I am about their favorite shows ending.

Though my favorites will die off and it will bring me so much grief, I’m so grateful to have gone on this crazy journey. Also, to anyone that has felt these intense feelings, it’s okay. Join a fandom and cry about it together.