Do you wonder how different South Korea’s student reporter is? 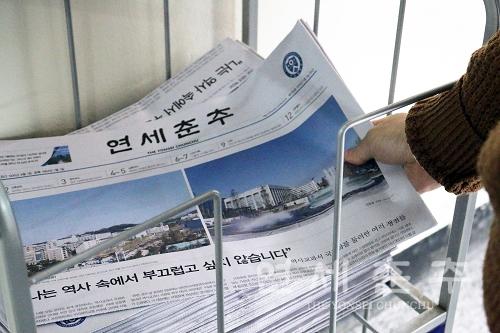 Even though lots of people these days have no interest in politics, there are hard workers who are striving to report the events of our daily lives. They are the “Journalists.” The power of writing is really strong. Sometimes they can change people’s mind, even change the world. I saw some reporters who refused to slander the power against their wrong doings. I was impressed by their work and that’s why I applied for a student reporter when I first entered university. I lost track of time while working as a school newspaper reporter and two years had passed when my student reporter’s work was over. That time was really hard and tough on me but, it was definitely worth it.

The newspaper of Yonsei University, ‘Yonsei Chunchu’ is a huge group and it has long history. The first newspaper of the Yonsei Chunchu was published in 1935 and this year is the 81st Anniversary. It is very well organized and structured. It consists of four departments and each department publishes issues on different topics.

The number of the student reporters is more than 40. The chief editor supervises the whole system of the organization and vice chief editor helps other reporters. Under them, there are seven managing editors who are in charge of each department. And 30 student reporters cover the events and write the news. On the first day, I was overwhelmed by the size of the group.

All of the student reporters start with practice time. It took six months. Their main purpose is training to become a reporter. At first, we learned how to make a title of the article. The title of the article should be attracting the reader and it has to include a rhyme. Every Friday, on the day we made the newspaper, we had to make three titles using any theme of the world.

If we did not pass it, we couldn’t go home. Their training also included collecting hundreds of questionnaires which were needed for articles. After hard training for six months, we finally became real reporters. After completing the work as a reporter for one year, we became managing editors who were given the authority to edit the writing. And finally the one who finishes every work became a chief editor.

Yonsei Chunchu is a weekly newspaper thus the week of student reporters is very busy. On Monday, every member gathers and holds a meeting to decide the item. Also, they evaluate the last week’s newspaper and give feedbacks to each other. After the topics are all set, reporters start to cover them, they interview the people and write articles.

The deadline of the articles is every Thursday night. Then the managing editor’s work starts. They edit the articles and instruct reporters to add or modify the article. On Friday evening, real production of the newspaper starts. The article which is complete moves on to the chief editor. The Chief editor checks the final article and the facts of its contents. At the same time, managing editor starts to design the newspaper using “InDesign” program.

The most important thing in this process is to decide which article should be on the top of the page and think how important that article is to the rest of the paper. That work finishes around the 4-5 A.M. On Saturday morning, the professors who are in charge of the chief editor of editorials check and correct the contents. After revising and adding the contents through many processes, everything is done on Saturday night.  Then the managing editor starts to upload the article on the website and SNS. The newspaper is distributed to the whole university on Monday morning. So much effort is needed to publish a newspaper!

It is difficult to work as reporter and study at the same time. Their career occupies all of the students’ time. Sometimes student reporters give up their free time. They even give up sleeping. However, after everything goes through, they feel fulfilled, no matter how long or much they have worked. Spending a lot of time together, student reporters become very close. They stay up all night for two days, eating a late night snack and drinking.

When I first decided to get into the ‘The Impact,’ I was worried. I was new to Mercy College and English is not my first language. However, I really wondered how different the America school’s newspaper was. I’m nearly at the end of my semester and I this experience was really amazing for me. There were a lot of similarities to the Yonsei Chunch. Also there were some differences between the two. The Impact was smaller than Yonsei Chunchu. Thus we can communicate more actively and write the article more freely. Sometimes, in Yonsei Chunchu, we had to give up the article because of a structural problem. It really made reporters lose all their drive to work. But at The Impact, in friendly atmosphere, I went cheerfully about my work.

I really hope our hard effort works. Through my experiences at The Impact, I learned a lot and I had a really fun time. Apart from everything else, the catch here is the passion and affection of the reporters. They really work hard for their work. I know and believe what impact their work has. 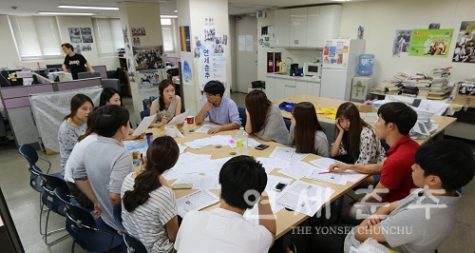 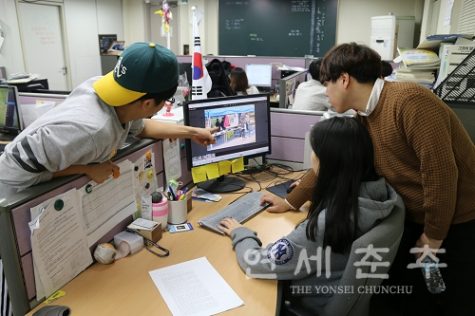