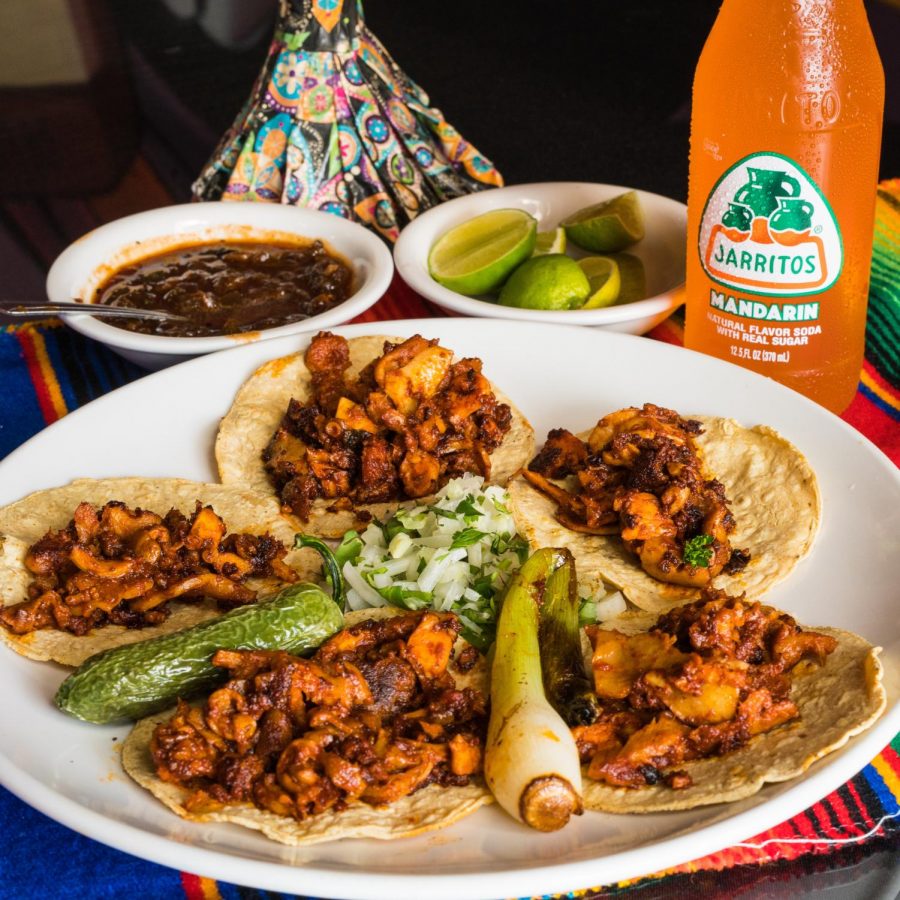 Throughout my lifetime, as I approach my 19th birthday in a few weeks, I’ve tried many cuisines that have all different tastes. Foods ranging from Asian, Indian, Korean, and more, but my experience has left me with two favorites. Those two are American and Mexican food which have nothing in common. American food is mostly known as the greasy, sloppy food that most people enjoy somehow. Mexican food is the total opposite. With that being said, I’ve tasted both foods and have decided Mexican food is, by far, the best out of the two – hands down.

To begin with, American food doesn’t consist of the same ingredients as Mexican food. One consists of basic, boring seasoning with just salt and pepper. Foods like hamburgers and hotdogs, in most places, have the same flavor that doesn’t make them unique. There’s no special kick to the dishes that make you say “Wow, what is in this?”. Of course, it may get the job done, but imagine having varieties of spices in your dish, such as black peppers, cayenne pepper, cilantro, and more that burst your tongue into a tingly sensation of flavor, and especially heat.

As I grew up in a two-bedroom apartment with my proud Mexican family, all we ever wanted was my Mom’s homemade cooking. To be more exact, I remember the process of how to prepare mole, which is a sauce you put on pork or chicken depending on the type my uncles brought home after their 10-hour shifts. I watched my mother and sister prepare the sauce for the first time a day before my birthday party. My mom first put out all of the peppers, mixed nuts, and chile de Arbol to blend it into a thick paste. Then I would always ask as this part of the process was coming to an end, “Mom, is it done already?” It would give her a smirk on her exhausted face. This would usually be the easiest part, but the second half required patience. My mother would have to stay up all night to check up on the sauce that cooks on low heat to mix all the spices. I would wake up through the night to use the bathroom and see my mother’s eyes closed; head down on the kitchen table. Once I walked through the door, she would spring up to check on the sauce. On the next day, my party would have this well-prepared dish that reflected all the hard work and patience that was put in. Once everyone tasted the mole, there were many tongues out because of the flaming spice. Others could take the heat and smiled while eating a plate full. The ingredients had an impact on each person at that table, making them eat more or take a plate home for later.

Also, Mexican food can’t be made into fast food like American food is throughout the nation. Examples are McDonald’s, Burger King, and Wendy’s that sell plastic-like cheese on top of the cardboard-tasting hamburger and dry bread to top it off. You won’t see a Mexican fast-food restaurant anywhere. Chipotle isn’t authentic Mexican food (if you make that argument). It takes away from the culture and overall taste of the food. You’ll find few restaurants that all have their own twists and represent themselves at a high level over your favorite McChicken.

Every other day my mother and aunt would take all of us kids after school to the nearest McDonald’s. At the time, I would always be jumping up and down excited to eat my Happy Meal and play with the toy inside. It wasn’t until I reached high school that I changed my mind about the McNuggets and salty but delicious French fries. I wouldn’t eat fast food, instead, I would visit my uncle Juan’s restaurant during lunch every day. My tio mainly sold different types of tacos that painted a full picture of Mexican culture. He would take his time to make the corn tortillas, cook the meat, and make the different spices to put on the side of the plate. Each day, it was something different. The food made me fall into a trance I didn’t want to come out of.

However, one day I didn’t go to the restaurant. My friends and I were outside for lunch and decided to go to McDonald’s on 106th street, thinking it was a reasonable place to eat. We ordered the same thing on the dollar menu: the McChicken and fries to eat in the park. The chicken tasted like cardboard, the lettuce didn’t taste like lettuce, and the bread felt like a sponge that was unbearable to chew. I asked my friends if their lunch tasted the same, but they seemed to be enjoying themselves. They were accustomed to the food already – I wasn’t. After my long time away from fast food, I became aware of what food should taste like. At McDonald’s, it was the complete opposite. The food wasn’t fresh, the kitchen looked like maniacs ran the show, and they had no respect for the food. In the Mexican restaurant, the food was handled with patience and, not to be cliché, was cooked with love, which is the meaning behind all of our food.

Aside from these two differences, they do have something in common: both have altered their current foods to fit in in other countries around the world. America was inspired to make the hamburger by the Germans in the early 1900s. The French Fries obviously came from France. For Mexican cuisine, most of the dishes originated back to the time when the Aztecs were taken over by the Spaniards, which changed some aspects of their food. They kept the spices and original form, but the Conquistadors brought their own culture to the seafood area. Both have taken other cultures from around the world and created foods that are eaten by a plethora of people in America and Mexico.

Nonetheless, this doesn’t change the argument. Mexican food is far superior to American food once we lay it all out. Mexican food has different varieties of spices that give it that unique taste and never put quantity before quality; respecting the food and the culture.