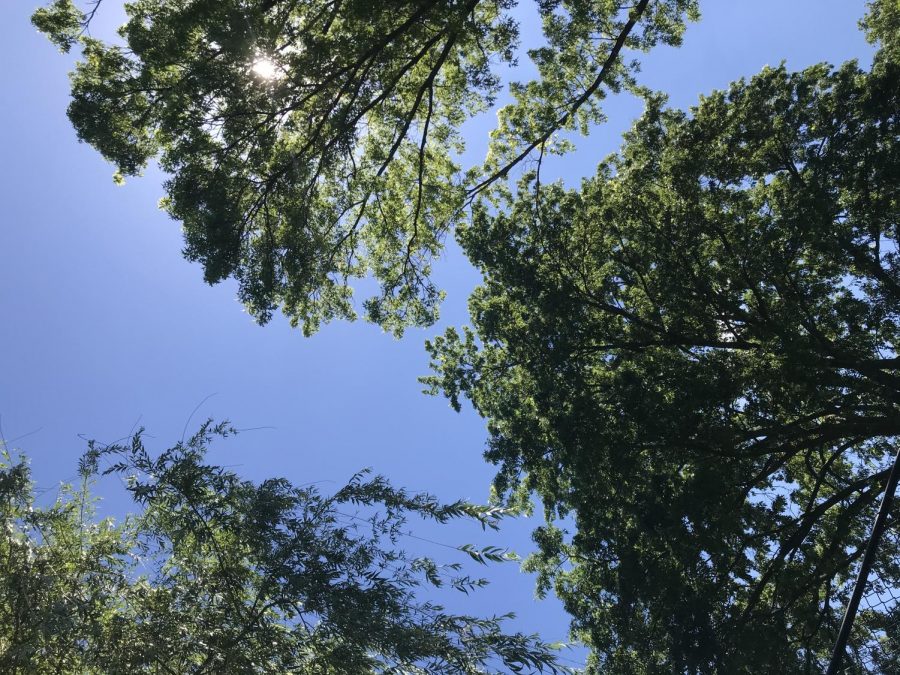 Love can be defined as a profound feeling towards someone or something. We can love our family members, pets that keep us company throughout the day, little things like food or our beds, and we can also love another human being as a partner. In my case, I fell in love with a classmate, who will remain anonymous, and I hadn’t realized she was always there waiting for me to pay attention. I didn’t know what love actually meant or how it felt until, out of nowhere, my feelings swayed another way toward her.

I was in my junior year of high school, playing handball in the gym/cafeteria which was overshadowed by a sweaty odor and bits of lunch food on the ground. As I was goalkeeping for my team to prevent the ball from hitting the back of the net, a group of my friends rushed me to the other side of the room without explanation. Secretly, with grinning faces, they told me about a rumor going around the school that included a girl deliberately saying she wanted to go out with me. I was struck with disbelief, but more so anxiety.

This wasn’t new to me. I always knew girls liked me, but I never knew how to go up to them and start a conversation. Similarly, I didn’t approach her but looked from afar. She wore the same bland navy blue shirt we all had to wear, she had makeup on that brightened her lips and cheeks, and her hair was straightened flat, which suited her.

From what I knew about her, she was also shy and didn’t talk much in classes. I was interested in her and curious to find out more. This led to me taking the first step toward the journey by texting her that same day to confirm how she really felt.

I got home from an exciting school day and for the rest of the evening, we texted nonstop. I started with questions and she replied to them all. Text after text, we expressed to one another how we felt. I wanted to know more about her, and I eventually did.

She was part of the golf team, had younger and older siblings, loved and adored anything to do with Marvel – specifically Captain America. She was such a character and full of life through her messages. I was attached instantly. That same night, we were technically calling ourselves a couple because of the energy and connection between us. She was my first girlfriend and I was her first boyfriend. We never experienced this feeling before, but we knew there was something special about us.

The first few days, weeks, and months were all full of new memories we experienced together that stemmed from pure love. We watched scary movies – which were her favorite, played soccer with her younger brother, walked through Central Park in the steaming summer without water, and even tried going into the Bronx Zoo but couldn’t because of our young age.

We were both innocent and new to all of the experiences, but we were also new to the problems that come with a relationship.

We rarely argued about anything in the beginning. There were little disputes here and there, but nothing that couldn’t be fixed. The heavy, deep arguments started right after we finally hit our one-year anniversary. We would go back and forth blaming each other for not trusting the other enough, being jealous of other close friends in school, and not treating each other with the same care that once was there.

I personally always tried to talk it out to come up with a solution to our arguments. Like I said before, she wasn’t much of a talker. Instead, she would text in all caps saying, “LEAVE ME ALONE” and block me out to prevent us from communicating about the way she really felt.

She was cold. She showed no emotion toward anything I had to say. It would take hours or days until she felt it was right to talk to me. I thought this would eventually pass, and that if I kept pushing and fighting to fix things, it would work out. This wasn’t what happened in my story.

Suddenly, after what seemed to be a normal long day at school, I received a text message from her in a form of an enormous paragraph releasing everything I had already known. She wasn’t the same person anymore. The feeling of love that once lit her eyes up had vanished and she couldn’t find it. I felt shattered but continued to read with teary, puffy eyes. She continuously kept bringing up the past. She didn’t see a future anymore and didn’t want to create a pathway to get there.

I was frustrated, full of rage, and confused about how things had played out. Not once did she say that she had done anything wrong, but instead, she named everything in the book I did to push her away. I couldn’t believe it. She didn’t mention how much she once cared about the relationship or that she wanted to find a way to fix our problems. I couldn’t believe it.

After this situation took place, I completely shut off and closed myself out of the world. I wouldn’t go on social media; when it came to food, I didn’t or couldn’t find the taste; nothing had a purpose anymore.

I put all my effort and time into someone who, more or less, didn’t even appreciate me. I gave her honesty, but more importantly, loyalty to trust me in every way possible. I don’t know if love is out there anymore. Of course, there are people that are going to say I’m still young and need to go out into the world, but how many lies can it take until you find the right one?

A person can say how much they love you and want to spend their remaining years with you, but won’t sign their name off if their life depends on it. Love is rare and once you have felt that emotion and then lost it, it is hard to feel it again. There is too much to ask and risk for a person to love someone else again. Some value love and others value themselves and care less about others.

This was an experience that came to me very unexpectedly. It was my first wound, but I hope it was my last.