Pretty Little Liars: The Second “A” Is Revealed?! 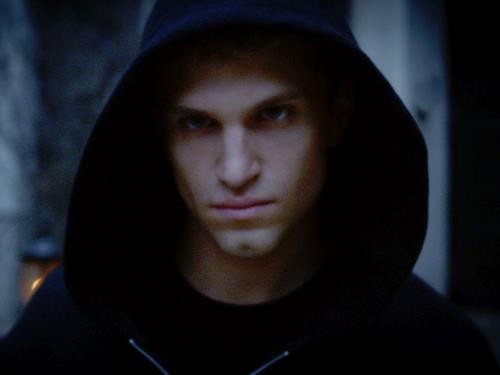 As some or most of you may know, Pretty Little Liars is one of the hottest shows out there right now. About to be in its third season, Pretty Little Liars, or “PLL” for short, is a mysterious, thrilling ABC Family drama. This show was created by I.Marlene King and is based on a series of novels written by Sara Shepard. PLL has been on the air for over two years, marking its premiere date as June 8th, 2010, and has been a huge hit since!

Now for those of you who don’t watch the show religiously, or watch the show at all for that matter, let me educate you the best I can on what PLL is about. It is set in the fictional town of Rosewood, Pennsylvania. The show is focused around four best friends, well, five if you count their missing “Queen Bee”. Spencer, Emily, Hanna, and Aria were four losers made cool by their frenemy Alison DiLaurentis. However, one night, the five girls are having a sleepover and wake up to Alison missing. A year after Alison, or Ali’s disappearance, the four girls start receiving messages from “A” who seems to know anything and everything about their life and more. The four girls think it is Alison herself messing with them, until Alison’s body is found and they realize that somebody else knows all of their deepest secrets. The show’s main premise revolves around the mystery of Ali’s murder. You later find out that one of Hanna’s “best friends” Mona Vanderwall, was “A” this whole time, torturing the girls while pretending to want to be one of them. As the show unfolds, some relationships start and some relationships fall apart, but through it all Spencer, Emily, Hanna, and Aria stick together…for the most part anyways!

Now for those of you who do watch the show! After the season two finale, where we find out that the mysterious “A” was Mona all along and she gets put into Radley, a mental institution, you would think that “A” was gone for good…WRONG. At the end of the mid-third season finale, we find out that Toby, Spencer’s eye candy of a boyfriend, is part of the “A” team! As a “Spoby” fan, I was heartbroken…but I wasn’t completely shocked to be honest. After watching the first two seasons over, I see how sketchy Toby is and actually, Spencer as well. I believe Spencer is on the “A” team as well. It would make sense considering she is sleeping with the enemy, so to speak. I do not find it a coincidence that Spencer figures everything out before Aria, Emily and Hanna do. What do you guys think? A little over a month is left until the season 3 part B premiere, also being referred to as the Halloween episode, what are everybody’s expectations for the second part of the season? I’m hoping for some huge twists, even if that means finding out one of the four girls has been part of the “A” team all along. Let me know what YOU think, any theories or expectations? Let me hear ‘em!