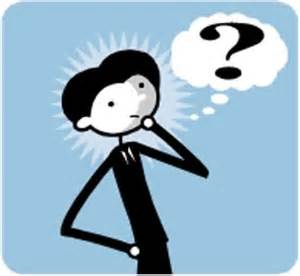 My friends and I are relaxing and thinking of ridiculous, pretentious adjectives to describe our wine; we drink to feel older. “We should be on a beach right now drinking flat beer and making out with dumb boys who smell like cherry Chapstick and s’mores,” my friend Steph says. We all go back to that lazy summer night in Kona. I sat on the sand near the bonfire mesmerized by the intoxicating melody of a ukulele strummed by a local. Instead, I snap back to reality and a stream of thoughts come rushing back to me.

I begin to wonder if I ever made the right decision to major in journalism. I only chose to major in journalism for two reasons, but that’s a story for another day. I would do anything to go back to the careless days of being young and restless. I’m not ready to confront the ‘real world’ or think about getting a ‘grown up’ job. When I first came to college, I thought it was mandatory for college professors to have a ponytail and walk around with a copy of the Communist Manifesto in their hands.

I was so wrong.

I didn’t realize how demanding college would be. There were many times where I felt like dropping out. I knew I had to stick it out since there was already a club of people disappointed in me, with my parents as the presidents. When you have the horrible realization that life is passing you by and your only benchmark of progress is the depth of the groove in the middle of your couch, you start asking yourself a bevy of questions.

Can I really handle college at the moment?

Am I sure I want to continue studying journalism?

What am I going to do after college?

Those are the questions that scare me the most. Whenever I’m asked what I plan to do after college, I freeze up. According to the National Center for Education Statistics, 80% of students change their majors at least once. Since I’m going to be a super senior and stay an extra semester, I still have a little bit of time to change my decision. But even if I did, what would I even change it to?

I can’t say my major is that bad, especially now that I’m actually enjoying it. Plus, honing my writing skills and utilizing that with an internship I had over the summer has helped to solidify my thoughts (just a bit) on sticking with my major.

The sake of weaving a web to catch people’s attention, to entangle their imagination and to make them see the world through a different pair of eyes is something that I’ve come to appreciate as a writer.