The Age of Instant Gratification 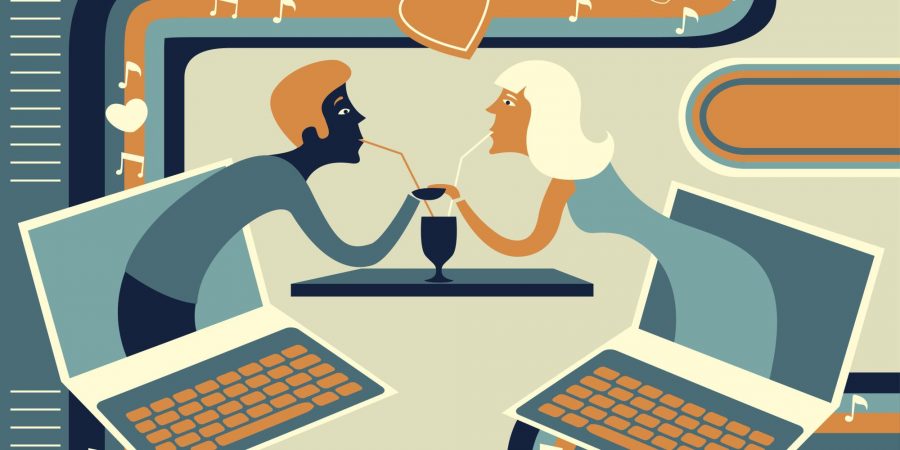 For the past four years, I have had an obsession, online dating. I can’t really say I know why but it could be a number of reasons according to my good friend: daddy issues (allegedly), an insatiable need for attention (again, allegedly) and boredom (strongly agree). This obsession culminated in a slew of questionable decisions, exploring sexuality and a realization that there’s more to life than swiping right.

After a breakup four years ago, I felt broken. My solution, at the time, was to join a bevy of online dating sites to satisfy my obsession with meaningless attachment. While not all encounters were terribly bad, it did manage to change my entire view on relationships as a whole. As the years progressed, I steered away from any emotional attachments and opted for something more casual. With friends engaging in online sites and media showcasing how easier it is to just forgo relationships, it solidified my thoughts on connecting with a person on a different level.

It started off fairly innocent at first, with a few dates here and there but it gradually became a larger part of my life than I realized. Date after date, drink after drink. The whole routine became so monotonous that it wasn’t unusual that I would plan a date a week three years ago. Of course, that all changed until I decided to give certain people chances though I would end up screening their texts until they got the message. I always had a habit to not let it go past four dates because the need to meet someone new was too strong.

Finally in 2014 and some of 2015, I eased up on the whole online dating scene. But then I somewhat revived my Tinder profile during the summer last year. I managed to go on several dates with one person until I realized that things weren’t going to materialize the way I thought they would. After my fourth date rule, I decided to be bold and state my interest in the person. Unfortunately, it didn’t go as well since he moved halfway across the country. It was one of the very few times I became emotionally involved with someone I’ve met online. I started to wonder, where did this behavior come from? When did I allow myself to get attached? Was I ready to connect with someone or was I just tired of the meaningless dates that our culture tells us is ok?

Our generation is engrained in a “hookup culture”, which is being exacerbated by online dating sites, such as Tinder. Due to this instant gratification, it hinders us from cultivating an actual relationship with someone. Unfortunately, this screws up the perception and reality of relationships in general. Growing up eschewed in social media has made it somewhat daunting to approach someone in public and initiate a conversation. Social media has helped to shape how we communicate with others. Tinder, OkCupid, and Bumble have helped to meet new people while at the same time making it easier to reject others without doing it face on.

This raises the question, am I against the culture that instant gratification has created? Yes and no. In certain aspects, I appreciate the blunt attitudes towards what people are actually searching for. I’m not the biggest fan of being strung along because the person is unsure of what they want. While I still don’t know what I am looking for, I do prefer when someone’s intentions are made clear so I don’t waste my time. I’ve even met some awesome people through online dating sites. Even though it didn’t work out for some of my dates, at least I gained new friends to go museum hopping and stuffing our faces with crepes. In other ways, it can be extremely frustrating when trying to search for someone worthy of pursuing a relationship with. After several times of being rejected for mundane reasons, those rejections added a layer of protection. Opening up to someone was a lot easier before I joined a plethora of online dating sites.

In a Vanity Fair article titled, “Tinder and Hookup-Promotion”, written by Nancy Jo Sales, depicts a small but integral part of Tinder. She interviewed men and women in their twenties who frequent Tinder and questions them on their experiences. The responses are a bit unnerving. A tinge of misogyny is spread through the article when the journalist interviews three young professionals in New York City. Superficiality reigns supreme when using sites like Tinder. The young men talk about the “hot women” they’ve hooked up with as though it were a competition. It’s slightly different for the women who frequent these sites. While it does allow more freedom to express oneself in a variety of ways, it changes our perspective on dating. Some women in the article mention how “if a guy texts you before midnight, then he’s actually interested. If it’s after midnight, then it’s for your body.” This can definitely change one’s perspective and why it’s hard to even think about a courtship when you’re debating whether to text the person back.

The article in Vanity Fair paints a picture that we tend to ignore. Are we humans or just a carousel of bodies for sexual pleasure? It’s also an article that I can slightly resonate with. Years of online dating have made me reconsider the sanctity of a relationship. People have “ghosted” on me a number of times to the point where now I tend to ignore the person before they would do it to me. I would never text a person I went on date with first due to the fact that I didn’t want to showcase my interest in case they didn’t feel the same. I also didn’t talk about myself as much; I was scared of getting too involved. This emotional callousness all culminated because of how men on these sites would treat me. Not all men treated me horribly and because of this, I’ve met some amazing people. But I did meet enough jerks to let it influence how I view relationships today.

As my good friend Nate puts it, “We, as a society, don’t own up to stuff when we’re wrong and even worse, we really don’t ask for forgiveness or try to rectify issues we cause. If this is how we think and view life (emotionless attachment), then what’s the next generation going to do? What will they learn from us? Will they be worse off or will they reverse the trend and be more pseudo-traditional?”

The final question is whether society, as a whole, will be better if we ditch hookup culture or at the very least, minimize it? Ultimately, the dating scene has changed. People have become more forward with what their looking for be it a hook up or actual relationship. On the other hand, the idea of a real courtship has died. It’s nice to be wined and dined but we live in a “I want it now” society. I’ve experienced both amazing and horrible sides of online dating. While I don’t agree with the degrading aspect of it, I appreciate it for all its honesty: raw, straightforward, and refreshing.