A Time For Honesty 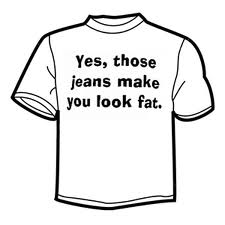 So a while ago I was on the phone with a close friend. He was going on and on about the new woman in his life.

Over a time period that spanned a few months, our phone conversations (he lives in another state) had been dominated by everything “her.” Being the ever supportive friend that I am, I would just let him run on about her and share in his happiness. Good for him.

However more than a few times I wanted to shout “for crying out loud, I get it, you have found the love of your life!”

But what kind of friend would I be if I went down that road? Should I just endure his ramblings and wait for this to pass? It usually does within a month or two anyway, but this had been close to four months now; maybe this time might be different.

I was truly happy for him.

Well, the two of them took a small road trip and he was eager to email a few pictures from their travels. He was oddly excited to let me know me that one of the photos would be a picture of his new love interest. I must admit, I was very curious to see what this woman that had captured his flighty heart looked like.

The email with attachments arrived, and I downloaded the contents with eager anticipation.

First, a picture of his four wheel drive Toyota Tacoma out in a muddy field greeted my sight.

Next, one of him next to the Toyota Tacoma covered with mud, in the same muddy field.

Finally, a picture of him, the mud covered Toyota Tacoma, and the sun setting in the background over that same muddy field.

I was overcome with excitement about these pictures.

How often do you see a muddy truck in a field? But what was oddly missing was a photo of this mysterious woman. Before I could reply and let him know of his omission, I received another email with one lone picture in it. The subject box was titled “April.” This was her name and I guess he figured that she was so special that her photo deserved to be sent on its own.

Fair enough. She is the love of his life and at least deserves that right?

Well, they say beauty is in the eye of the beholder and who am I to say anything about someone’s looks? I was just happy that he was happy. But I tell you this, I swear that my laptop faintly gasped and let out a muffled scream when her picture completed downloading. It was not so much that she was…well ugly per se, but she was very un-pretty.

Now I know this is awful to say. You may even think I am #1 bastard for saying this in such a public format, but realize this is my opinion. Just because I find her looks… ummm…challenging, does not mean a thing. Who am I right?

So as I am sitting there, looking at this picture with wonderment I get another email.

“What do you think?” it simply asks.

How am I to reply? Do I tell him what I think honestly? I gathered my thoughts and replied back.

Could I have been more innocuous without being honest? I don’t think so. However as his pattern normally goes, April would be no more in a months’ time.

I turned out to be wrong; it lasted another two months.

I was honest right? I told him the truck looked great. But should I have told him that my laptop now shook in fear every time I received an email from him? Our friendship continued unscathed undoubtedly because of my silence. But was I being honest?

Unfortunately in another circumstance, things did not fare so well.

It was more than a few Thanksgivings ago. I along with two close friends, Joe, Trevor and his partner at the time (whose name escapes me) were going to enjoy the normal celebratory dinner.

The aroma of turkey that had been perfectly cooking all day filled the small apartment.

The sides that traditionally accompanied the unfortunate fowl battled for supremacy; each one taking a brief turn at delighting your sense of smell.

The table was set lavishly and each place waited for us to sit at our individual thrones. The ambiance was peaceful as jazzy holiday music played in the background. Things were picture perfect.

I made the comment to Trevor’s partner (Lou maybe?) that everything was so nice, neat and inviting. I was overcome with the holiday spirit and thanked him again for having me over. He then smiled and said “well just don’t go in the kitchen” with a chuckle.

It was at this precise moment that our cozy setting went rouge because of my mouth.

“Well, I’m sure it’s no worse than how Trevor’s kitchen looks every day.”

Now understand, Trevor was not known for his housekeeping. We all knew it. We all had been to his place. Trevor himself would even joke about it from time to time. The air stopped moving in the small room. You could hear footsteps on the street as people walked past the Jersey City brownstone we occupied.

“What the **** Larry!? Why would you say that?” Trevor said, as he turned and glared at me in riot mode.

Joe and Trevor’s partner (Lloyd?) did not look up and sat in silence.

“Come on Trevor, we all know that you’re not the neatest of people…what’s the big deal?” I said, with a slight humor in my voice.

“Yeah well, you don’t have to be such an a**hole! I can’t believe you said that!”

Trevor was clearly annoyed…and rightfully so. Was I being honest and stating a well known fact?

But my timing and tact could not have been worse. I really did not understand why what I said was such a big deal. I had become the villain, the Grinch in this case. But like the Grinch, I realized how wrong I was and had a change of heart. Now it was up to me to salvage the holiday.

“Ok, well I apologize, I didn’t mean to put you on blast or make you feel uncomfortable.”

This was said with a very lukewarm sincerity and everyone there could undoubtedly sense it. Trevor said nothing and sat down at the table with his jaw clamped in silence.

We all sat silently for one of longest minutes I can remember in my life.

Finally his partner (what the hell was his name!?) asked Joe some random question about a class he was taking. Joe managed to reply after a brief unsettled stumble. At least it begun to break the chill that had taken over the warm ambiance I had so clumsily managed to destroy in a matter of seconds. Fortunately, we did manage to get past the incident and went on to enjoy our delicious feast.

Strangely, Trevor did not seem to be overly enthusiastic when it came to talking to me the rest of the day.

Though things would eventually return to normal between us, we never discussed the incident any further to this day. In all honesty, I really was a tool for my actions then but in my defense, I have grown much wiser with age in regard to actually voicing what I feel. Not everyone wants to hear the truth about a given subject at a particular moment; you just have to decide if that truth is really worth the hurt it may cause. However I must say that part of me will always struggle with being a little too honest about my feelings, but realize that there is a time and place for that honesty.

So about those pants you’re wearing…