Can I trust you? A Short, Part II 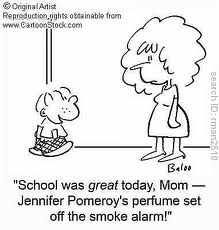 As I stood there in the early evening twilight staring at the two of them, both of them staring at me, they were so hot for each other I could almost see the heat radiating from their respective private parts.

I folded under the pressure of the moment and said sure, no problem.

A couple hours went by and it was now well past dark. There was a knock on my front door and I could tell it was club girl. I knew it was her without looking, because I could smell the sweet nauseating perfume she was wearing from my open living room window.

I went down to the door and opened it. Club girl stood there, drifting her eyes in every direction but me. She sheepishly began to speak.

“Hi…I’m… Amy… I…umm… was here with Ed a short while ago…you remember right?”

Well with all the cloak and dagger movements going on, why should I be surprised that Carl had given club girl a fake name.  I invited her to come in and she followed me up the stairs. I told her to have a seat and asked if she wanted something to drink.

She passively said no thank you.

The next few minutes were awkward to say the least. We didn’t speak or look at each other. It was like I was a cheap hotel desk clerk working the night shift for the first time and she a young prostitute awaiting her first “John.”

Her strong cheap perfume so sickeningly sweet and pungent, gave fuel to me being on edge.

A neurotic, soft rapid tap at my front door suddenly broke the stifled atmosphere in the apartment. I leapt up so quickly to answer that it startled the both of us. It must be Carl, thank God I thought.  I went down and had barely begun to open the door when Carl begun pushing his way in, asking if she was there.

“Can’t you smell her?” I said while trying not get knocked over as he rushed by.

Carl sort of chuckled and we went upstairs. Upon seeing him, club girl sprung from the couch into his arms much with the same urgency I did to answer the door moments before. I was not the only one happy to see Carl apparently.

Without so much as a spoken word between them, they began kissing. I’m not talking about the tender love of your life type kissing either. These two were in a contest to see which could swallow the others face first. I felt even more uncomfortable than I had been in the minutes I had with club girl prior to Carl’s arrival.

Yet strangely aroused…yeah, I’m a pig just like the rest of em ladies.

Carl managed to break his death grip with her mouth long enough to motion if it was cool to head to the spare room. Stunned at what was unfolding right in front of me, I shook my head in quick successive nods, my mouth half way open and eyes locked onto the two of them.

He led club girl into the room and they made sex. Neither of them seemed to mind that the door was not fully closed. I probably could have stood there and watched in all honesty and was tempted to do so, but the creep factor of that was more than my young mind could wrap itself around at the time.

Notice I said “at the time.”

After the two of them had finished, they left in the same order and time frame they arrived; her first, Carl a few minutes later. In the time before he left, Carl told me about the high points of his rendezvous, which added a descriptive visual to the soundtrack that had emitted from the room. He was quite proud of his performance. He thanked me for “hooking him up” and departed.

Try as I might to air it out, my spare room had that smell of club girl’s cheap perfume for the next couple of days. Even as its intensity faded, every now and then over the following couple weeks, I would catch a faint whiff of it. Maybe it was more psychosomatic then actuality.  How Carl was able to get past his wife with that putrid, sweet smelling fragrance of night club girl was not of my concern, but I was sure curious.

Over the next couple months, I allowed Carl the use of my spare room a few more times and each time it was with a different woman.

I had to put a stop to this.

Beside the fact of hating the ideal of someone using my home as a sex pit, my heart fell further and further into a sink hole riddled with guilt every time I would see Michelle, especially if she was with the kids.

I felt the guilt that Carl should have.

I avoided any contact with Michelle and started sneaking into my own place as to avoid her. I eventually begun to pretend to be asleep and not answer my window or door when Carl would try to conduct his early evening hook ups.

After a couple times of my passive attempts at preventing Carl from bringing women back to my place, he figured something was up. He came by one afternoon and asked me if something was wrong. It was then that I told him that I could no longer deal with what he was doing. I did not like being a part of his actions and that I felt bad for what he was doing to Michelle.

His response shocked me because I thought that he would get pissed off but he didn’t. He actually apologized for putting me in the position and assumed that it was no big deal since I never said a word. He then looked me square in the eye and said that he needed to know something. He focused on my whole persona, like a dug in soldier watching a hill, waiting for impending enemy movements to crest it.

“Can I trust you to not to tell Michelle?” he asked with an intense low tone.

“Of course man, what you have done is between you and your wife and I want no part of this” I said.

This obviously was not the case. My actions up until that point made me indirectly very much a part of it. Carl stood up and extended his arm; we firmly shook hands. He then left and with him so did what had developed into a strange friendship.

Though we managed to acknowledge each other in random passing, we never had so much as an idled trivial conversation, not even in the way that acquaintances do.

We never spoke as friends again.

A couple months later as I was walking to my apartment, I heard someone call out my name from behind. When I turned to look I saw it was Michelle. She asked if she could talk to me for a moment. I halfheartedly smiled and walked towards her. She was somber, her whole aura seemed to be in shambles.

“Larry, I need to ask you something and I don’t even need you to respond” she said.

I nodded without saying a word.

“I know that something happened between you and Carl. When I ask him why you two stopped hanging out, he never gives me a direct answer” she said.

Her eyes begun to swell with tears.

Her voice begun to crack.

She was building the courage to ask another question that was obviously more emotionally charged.

“Did you know that Carl had cheated on me?”

I said nothing… I couldn’t…I didn’t know what to say anyway.

I just looked at her, trying not to leak any shred of what was going on inside of my head.

She looked back at me with a wounded heart as the pool of tears in her eyes begun to flow down her cheeks. She didn’t say another word, took a broken deep breath, turned and walked back across the courtyard to her apartment.